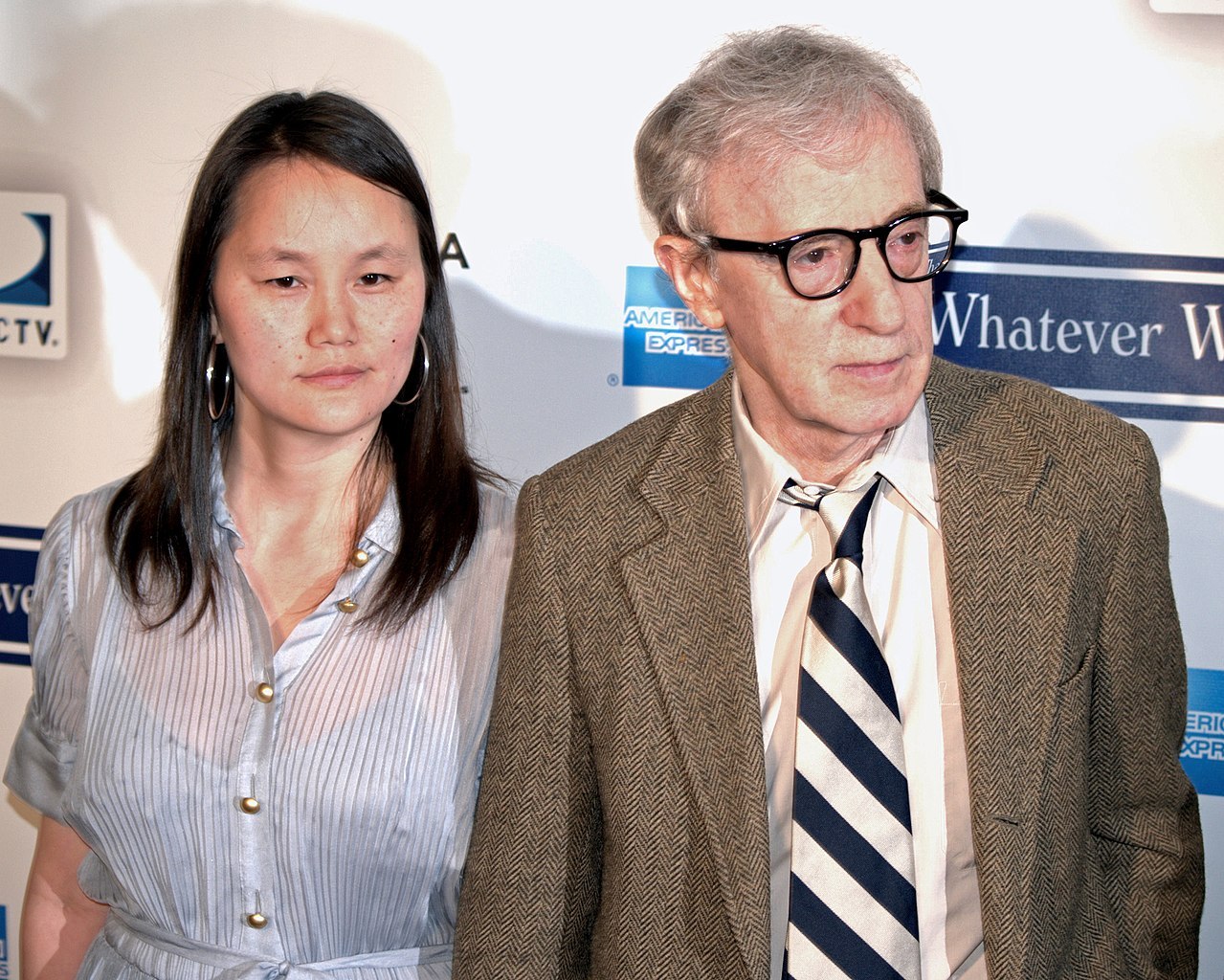 Sunday evening, New York magazine published an interview (though we use the term "interview" loosely) with Soon-Yi Previn, Woody Allen’s wife of 20 years and the adoptive daughter of Allen's ex-girlfriend Mia Farrow. Throughout the piece, Soon-Yi accuses Mia Farrow of child neglect and abuse:

Soon-Yi also says she and her adopted sisters were used as "domestics," while Farrow kept busy rearranging the furniture, ordering from catalogues, working on her scrapbooks, and talking to her friends on the phone.

The abuses listed are relentless: Farrow purportedly hit Soon-Yi with a hairbrush and a porcelain rabbit, repeatedly called her a “moron,” and refused to teach her basic feminine hygiene, such as how to use a tampon. It’s a disturbing read. Most disturbing, though, is Previn’s description of her “romance” with Woody Allen, the then-boyfriend of Mia Farrow. The affair supposedly began Previn’s freshman year of college:

Both of them are vague on how and when their friendship turned sexual — “It was 25 years ago,” she says — beyond the fact that it was a gradual process. “I think Woody went after me because at that first basketball game I turned out to be more interesting and amusing than he thought I’d be,” Soon-Yi offers. “Mia was always pounding into him what a loser I was.”

That troubling power dynamic is framed by the writer in sympathetic terms. The writer, Daphne Merkin, is a long-time friend of Allen’s and skeptic of the #MeToo movement. In a January 2018 New York Times op-ed, she argued that the #MeToo movement invited “a victimology paradigm for young women.” Her skepticism serves the New York magazine article: in it, Allen is framed as the victim of Farrow’s malicious lies.

Since publication, the article has been widely-criticized for bias. In a tweet, Ronan Farrow called it a "shameful" and a “hit job." It is undeniable: Previn has a right to tell her story. But this article was not just a profile of Previn. Her charges of abuse against Mia Farrow work, in part, to validate the piece’s assertion that Mia Farrow coached then-seven-year-old Dylan Farrow—Mia Farrow and Woody Allen's adopted child, and Soon-Yi's younger sister—into accusing Allen of sexual assault. Merkin did not acknowledge the facts that two babysitters and one tutor testified in court to Allen’s disturbing sexual behavior and that a judge ruled that “we will probably never know what occurred on August 4, 1992...[but] Mr. Allen’s behavior toward Dylan was grossly inappropriate and... measures must be taken to protect her.” Instead, she presented Soon-Yi's assertion that "[Mia] has taken advantage of the #MeToo movement and paraded Dylan as a victim" unchallenged.

Dylan Farrow responded in a statement on Twitter, writing, “Woody Allen molested me when I was seven years old, part of a documented pattern of inappropriate, abusive touching that led a judge to say there was no evidence I was coached and that it was unsafe for me to be in Woody Allen’s presence. The idea of letting a friend of an alleged predator write a one-sided piece attacking the credibility of his victim is disgusting. [...] No one is ‘parading me around as a victim.’ I continue to be an adult woman making a credible allegation unchanged for two decades, backed up by evidence."

Earlier that same day, another story about sexual assault made headlines: Dr. Christine Blasey Ford came forward to identify herself to the Washington Post as the previously anonymous woman who wrote a letter testifying that she had been sexually assaulted by Trump's Supreme Court nominee, Judge Brett Kavanaugh, when they were in high school.

Last Thursday, Senate Democrats revealed that they had referred the complaint to the F.B.I.; Kavanaugh flatly denied the claims. On Sunday, Blasey For came forward with a clear message: Kavanaugh assaulted her, and is unfit to sit on the Supreme Court.

Now, both sides have expressed willingness to testify before a Senate Judiciary committee; now, a public hearing has been scheduled for next Monday, reports CNN.

The story first detailed in a letter to Senator Dianne Feinstein of California by Blasey Ford is all too familiar: According to the Post, Kavanaugh and his friend, “both stumbling drunk,” corralled Ford into a bedroom at the party in Montgomery County, Md. After forcing her onto the bed, he began removing her clothing, covering her mouth as she attempted to scream. In the struggle, she managed to escape.

Republicans accused her report as a ploy to torpedo Kavanaugh’s career. That’s a familiar sentiment deployed against victims accusing powerful men of assault, but Ford made it known that Kavanaugh’s imminent confirmation is exactly why she came forward ow: "Now I feel like my civic responsibility is outweighing my anguish and terror about retaliation," Ford told the Washington Post.

Last week, Judiciary Committee Republicans released a letter from 65 women who said they knew Kavanaugh in high school. Vouching for his character, they said he always treated women with ”decency and respect.”

As of Monday, more than 200 women who went to Blasey Ford’s high school have signed a letter to show support for her. “We believe Dr. Blasey Ford and are grateful that she came forward to tell her story,” says a draft letter from alumnae of Holton-Arms, a private girls school in Bethesda, Maryland. “It demands a thorough and independent investigation before the Senate can reasonably vote on Brett Kavanaugh’s nomination to a lifetime seat on the nation’s highest court.”

Their support is heartening, especially as Blasey Ford prepares for inevitable attacks on her personal and professional life. All the power to her in these next few days.