She The People Summit Propels Women of Color Into Politics 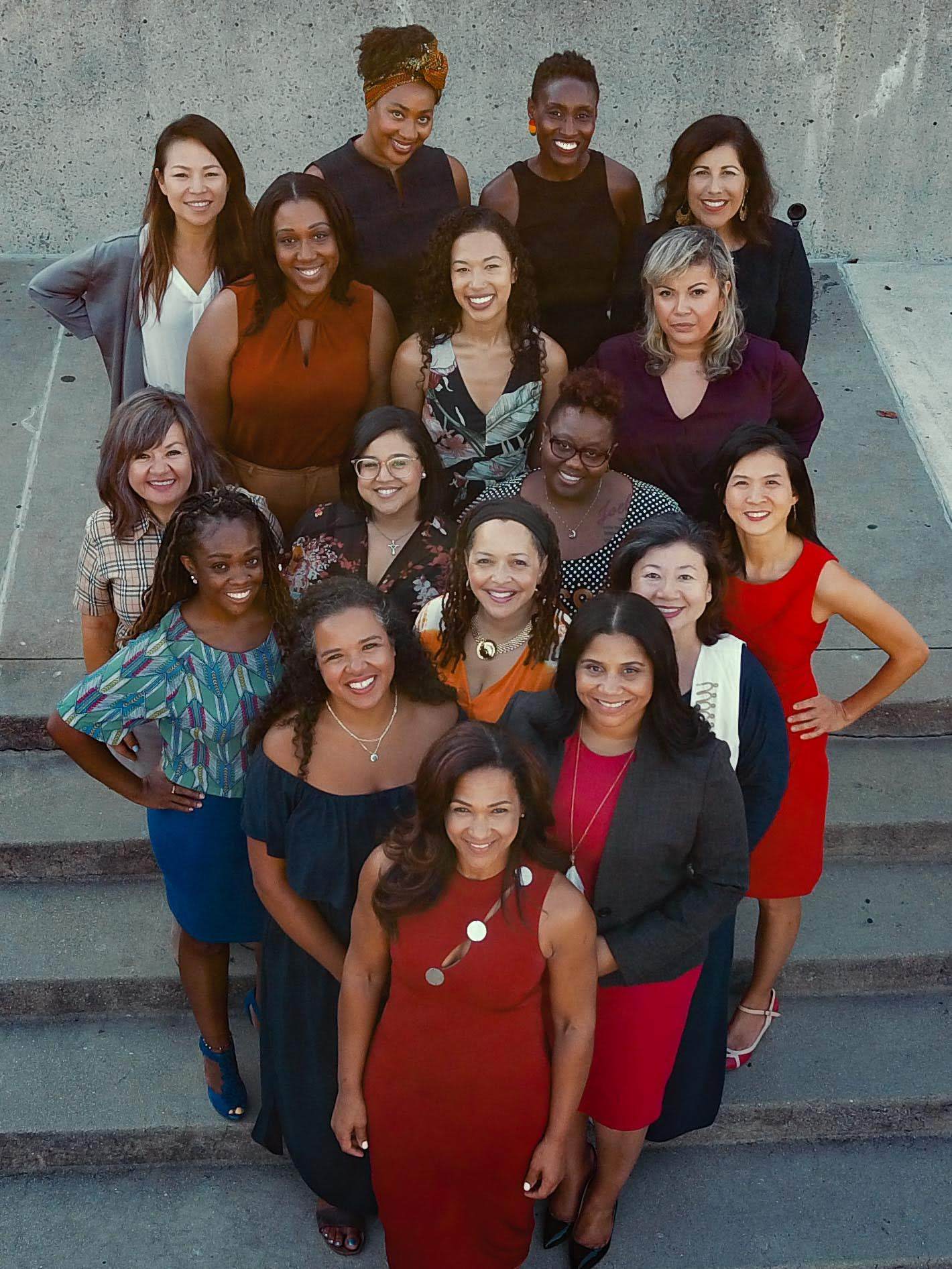 It’s a historic year: a record 256 women are running for the House and Senate. Will this result in a record-breaking number of women elected? Democracy in Color president Aimee Allison believes success lies with women of color.

“[Women of color] are the most progressive block,” Allison tells BUST in a phone interview. “We have the numbers to flip states blue. We are the potential that hasn’t been previously recognized.”

As president of the organization, Allison's roles are manifold—public speaker, thought leader, writer. She stays busy; she's the host of the “Democracy in Color” podcast, which Ellen McGirt, editor of Fortune magazine’s raceAhead, called, "The smartest podcast on race I've found in ages. Listen and grow." In 2016, Allison organized and moderated “Women of Color: Uniting the Party, Leading the Country.” It was the first Democratic National Convention highlighting the potential women of color have to change democracy.

This Thursday ushers in the next project in Allison’s expansive vision: the inaugural She the People summit. It aims to give those women a platform. Politicians, activists, and organizers will convene in San Francisco this Thursday to connect with each other, strengthen the base, and discuss: how do women of color sustain, and harness, our newfound political momentum?

Democracy in Color describes their mission as “to win back our country from those who seek to silence our voices.” To do that, the summit is giving women, and their wide-ranging issues, a chance to be heard. The focus is those who Allison describes as politics' “Hidden Figures": the organizers, the women campaigning on the street.

She highlights Andrea Mercado, Executive Director of The New Florida Majority. Like many of She the People’s speakers, Mercado is a child of immigrants. She is rarely in the spotlight, but she is a ceaseless force for reform. While living in California, she co-founded the National Domestic Workers Alliance. That alliance propelled the Domestic Worker Bill of Rights, which passed into seven states’ laws, winning the right to overtime for 2 million people—many of whom are women.

There's a saying that “when women run, they win.” This summit, a three-year initiative, proves that when even one woman organizes and advocates, reform is possible. It’s an ambitious, unprecedented gathering. Though these are unprecedented times.

Currently, only 84 of 435 House seats are held by women. If a woman won every race this year, 207 House seats would be held by women. That’s, unfortunately, unlikely. But the candidacies are evidence of the political potential of women of color. Think of the biggest upsets, like Alexandria Ocasio-Cortez and Stacy Abrams. Rashida Tlaib in Michigan and Ilhan Omar in Minnesota could be the first Muslim American women elected to Congress.

What Allison emphasizes, though, is that women of color have always been involved in politics—only, outside the spotlight. Take progressive Doug Jones' victory in Alabama for example: 98% of registered black women voted for Jones.

“In 2016, we turned out for Clinton—not white women,” she says. “But after [the election] we rejected the notion that we have to wait our turn. It was like a tipping point—we’re going to push our vision.”

The women running, and winning, are largely propelled by grassroots efforts. Winning, though, is just the first step in a larger agenda. What She the People envisions of is a revolution of both the establishment Democratic Party, and US democracy. Creating a government representative of its multiracial voting blocks. But first, changing which candidates receive party attention and funding.

“We need to convince the people behind funding that [women of color] are worth investing in,” says Allison. “Democrats spent 10 billion on the midterm election, spending it on TV ads which don’t work with local communities. For us to be able to turn the country, RESIST doesn’t get anyone to the polls. And [the Democratic Party] needs to recognize that.”

Tags: Women of color , politics , president , feminist , leadership,
Support Feminist Media!
During these troubling political times, independent feminist media is more vital than ever. If our bold, uncensored reporting on women’s issues is important to you, please consider making a donation of $5, $25, $50, or whatever you can afford, to protect and sustain BUST.com.
Thanks so much—we can’t spell BUST without U.