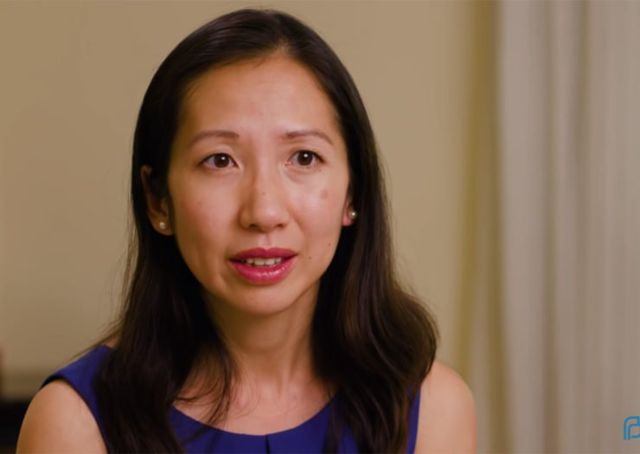 Yesterday, Planned Parenthood announced its new president: Baltimore commissioner of health Dr. Leana Wen, who will take over as soon as Cecile Richards, the health organization’s president since 2006, steps down from the position. Wen will be the first doctor to hold the job in 50 years, reported Rewire News.

Wen, who was born in China and moved to Compton, CA with her family following the Tinanmen Square massacre, has always been passionate about health equity. The New York Times wrote that Wen grew up with Medicaid, and during her time as health commissioner, she has prioritized “working with corporations and churches to close racial disparities in health care and sharply reducing infant mortality.” According to Rewire, Wen’s work in Baltimore also helped lower the city’s maternal mortality rate by almost 40% in the past ten years.

Wen’s name also made headlines earlier this year, after the Trump Administration cut funding for a teen pregnancy prevention program which provided health and sex education for up to 20,000 students in Baltimore. The program, she argued, had helped lower teen pregnancy rates by 61%. Under her leadership, the city sued the Administration and restored funding, reported The Baltimore Sun.

Before working in public health, Wen was an emergency room physician. “I became an emergency physician because I never wanted to turn any patients away,” she said in an introduction video circulated by Planned Parenthood yesterday. “In the ER, I saw what happens every day when people don’t have access to the basic right to health care. I remember seeing a young woman lying on a stretcher, pulseless and unresponsible, because of a home abortion, because she was too scared to seek medical care. She died because of a failure in our system.”

Though we’re living in a precarious time when it comes to reproductive healthcare, Wen knows what’s at stake—and is prepared to fight back. “I see what happens when clinics close, and millions of women could be denied access to basic healthcare services,” she said. “Those who will be hurt the most are those who already bear the brunt of health disparities. They are women of low income, of color, they’re LGBTQ individuals. They’re immigrant communities; they are working families. We have to do everything that we can to fight.”

Tags: Leana Wu , Cecile Richards , Planned Parenthood , reproductive health , pro-choice
Support Feminist Media!
During these troubling political times, independent feminist media is more vital than ever. If our bold, uncensored reporting on women’s issues is important to you, please consider making a donation of $5, $25, $50, or whatever you can afford, to protect and sustain BUST.com.
Thanks so much—we can’t spell BUST without U.