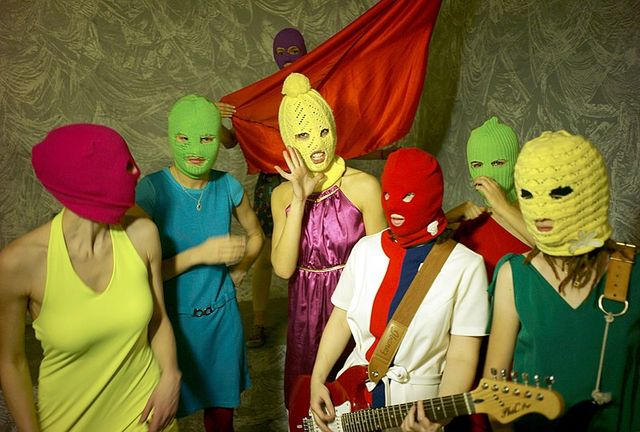 Pussy Riot member Pyotr Verzilov has been brought to the toxicology intensive care unit of a Moscow hospital under suspicion of poisoning.

The punk feminist band took to Twitter to announce, “Our friend, brother, comrade Peter Verzilov is in reanimation. His life is in danger. We think that he was poisoned.” Pussy Riot and other activist speculate that the poisoning is government-orchestrated backlash for the band’s frequent protests of Putin, CNN reports.

Verzilov's partner and fellow Pussy Riot member Veronika Nikulshina told news site Meduza that Verzilov first started experiencing symptoms on Tuesday, September 11, after attending a court hearing. He felt unwell and laid down around 6pm; around 8pm, he “woke up and said he was starting to lose his sight," Nikulshina said. “Between eight and ten, his condition got exponentially worse. First it was his vision, then his ability to speak, and then his ability to walk."

She continued, “When the paramedics arrived, he answered all their questions, saying, ‘No, I didn’t eat anything. No, I didn’t take anything.’ He was getting worse even faster, and then he started convulsing. On the way [to the hospital], in the ambulance, he was already babbling. [...] He fell into such a half-asleep, half-unconscious state that he stopped responding to me and didn’t even recognize me anymore."

Verzilov’s sudden illness arose on the heels of a statement released by Russian President Vladimir Putin denying government affiliation with two men suspected of the attempted murder of an ex-Russian spy in the UK. The former spy, Sergei Skripal, and his daughter were found unconscious in a park in southern England on March 4th. The two had been poisoned with a toxin called Novichok, which British investigators tied to the Russian government.

Pussy Riot member Maria Alyokhina has been quoted by Russian news agency Tass saying that Verzilov was in the toxicology unit and his relatives had been told they could see him in the morning. Verzilov has a young daughter with fellow Pussy Riot member Nadya Tolokonnikova, who was jailed for two years following the Moscow cathedral protest in 2012. Verzilov took part in the 2018 World Cup protest by rushing the field with three other Pussy Riot members during the game’s second half as a statement against police brutality and the jailing of political prisoners.