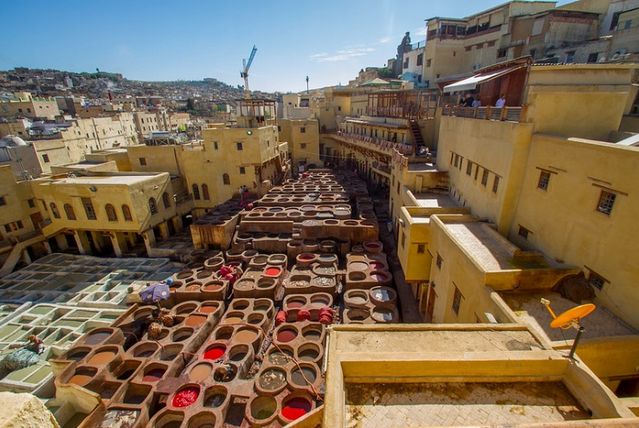 As of today, acts ranging from street harassment to rape are officially criminalized in Morocco. Al Jazeera reports that the decision, dubbed the Hakkaoui law in honor of Minister of Solidarity, Women, Family and Social Development Bassima Hakkaoui, not only provides an official definition of sexual harassment, but outlines fines ranging from $200 to $1,000 and prison sentences up to five years for threatening, coercing, and assaulting women.

Back in early August, France pushed forward a similar law, but Morocco’s actually came first—it was approved by parliament in February. Just like France’s, though, Morocco’s new law has received some pushback for not taking these problems seriously enough. According to the BBC, the Human Rights Watch said that there are “major gaps and flaws that leave women at risk of domestic violence, including a lack of provisions to finance the reforms.”

The legislation does not explicitly outlaw spousal rape and violence, which are major problems worldwide—and, according to Al Jazeera, taboo topics in Morocco. The outlet reported that, according to a nationwide survey from 2009, 62.8% of Moroccan women had experienced some kind of psychological, physical, or domestic abuse, and in 2017, Morocco World News reported that an all-time high of 73% of women regularly faced street harassment.

But, according to the Moroccan lawmakers who care about getting rid of violence towards women once and for all, this is just one small step. Samira Raiss, a women’s rights activist who campaigned for the legislation, told the BBC that “this law is an asset, but it has shortcomings that we have to work on. We will not stop here.”

Men Who Catcall Women Say Women Like Being Sexually Harassed

Tags: Morocco , street harassment , sexual assault , catcalling
Support Feminist Media!
During these troubling political times, independent feminist media is more vital than ever. If our bold, uncensored reporting on women’s issues is important to you, please consider making a donation of $5, $25, $50, or whatever you can afford, to protect and sustain BUST.com.
Thanks so much—we can’t spell BUST without U.