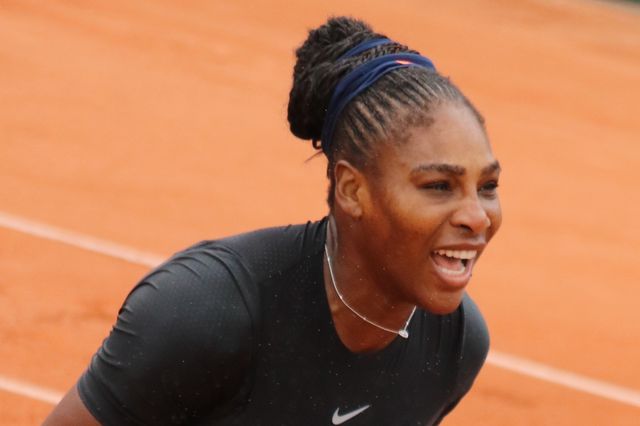 On Saturday, the women’s final of the United States Open ended in tears, outrage, and a question of tennis’ double standards. Returning to the court after a perilous birth, and hoping to claim a record-tying 24th major singles title, Serena Williams was soundly defeated by 20-year-old Naomi Osaka.

The win by Osaka is historic; she is the first tennis player born in Japan to claim the title. But the milestone seems fated to be overshadowed by the confrontations between Williams and umpire Carlos Romas. It began with a warning by Ramos, who felt Williams was receiving coaching “instructions” from her coach, Patrick Mouratoglou, from the stands. After losing a subsequent game, Williams smashed a racket on the court. For this second penalty, she was deducted a point. The next match would start 15-0, in Osaka’s favor.

Calling him a “thief,” Williams is reported by the New York Times as saying, “There are a lot of men out here who have said a lot of things and do not get that punishment. Because I am a woman you are going to take this away from me? That is not right.”

This incurred a third violation, giving Osaka the game 5-3.

“I’m a woman, because I’m a woman, you’re going to take this away from me? That is not right,” Williams told an official after the match set, according to the New York Times.

From there, it would be a quick finish and a bitter closing ceremony. As the crowd’s booing drowned the loudspeaker, Osaka pulled her visor over face, hiding tears. In solidarity, Williams embraced the younger player, imploring the crowd—despite Williams’ obvious distress—to celebrate Osaka’s victory.

On Tuesday, former world No. 1-ranked tennis player and feminist pioneer, Billie Jean King, wrote for the Washington Post: “Did Ramos treat Williams differently than male players have been treated? I think he did. Women are treated differently in most arenas of life. This is especially true for women of color. And what played out on the court yesterday happens far too often.”

That same day, the Guardian reported WTA and USTA chiefs came out in favor of Williams. In an official statement, WTA chief executive, Steve Simon, says, “Yesterday brought to the forefront the question of whether different standards are applied to men and women in the officiating of matches. The WTA believes that there should be no difference in the standards of tolerance provided to the emotions expressed by men v. women and is committed to working with the sport to ensure that all players are treated the same. We do not believe that this was done.”

The policing of women’s bodies and behavior in tennis is a long-suffering issue. As a black woman, Williams has faced even greater policing and prejudice. In rebuke to Williams’ outfit at the recent French Open—a black catsuit worn to prevent blood clots—the French Tennis Federation introduced a dress code banning the (potentially life-saving) suit.

“It will no longer be accepted,” the French Tennis Federation President Bernard Giudicelli said in an interview in Tennis Magazine’s 500th edition. “One must respect the game and the place.”

So when do the game's women deserve respect? Ramos' penalities, and the confrontations that followed, soured a historic match between two women of color dominating their historically-white field.

Despite Saturday’s loss, during a post-game interview Williams said, “I’m here to fight for women’s rights and women’s equality,” she said. “The fact that I have to go through this is an example. Maybe it didn’t work out for me, but it’s going to work out for the next person.”

Serena Williams Opens Up About Working Mom Guilt, Gets Support From Chrissy Teigen And Twitter