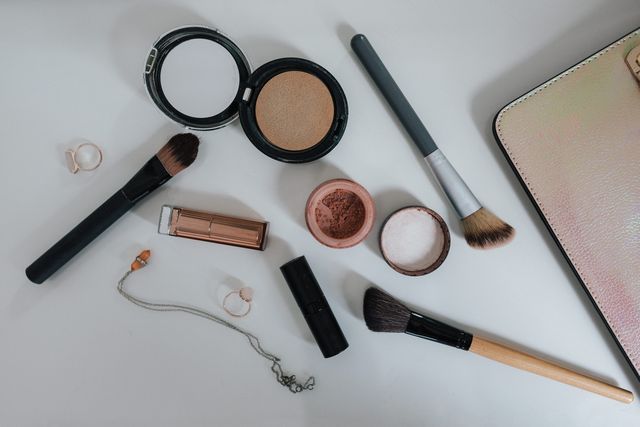 Hey girl! I can’t wait to share this exciting business opportunity with you…

If you’re a woman on any social media platform, you’re probably familiar with these messages. You get a notification from a friend—even if it’s a casual friend, like someone you attended high school with, or someone you were in a book club with five years ago— and they have an amazing business opportunity to share with you. Their social feed is flooded with dollar signs, “boss babe” hashtags, and photos of products they know you’ll just love.

You may reluctantly sigh and consider how to politely decline the offer while saving your friendship, or you may wonder if the opportunity is a good fit for you. After all, it sounds promising. You may be a little strapped for cash, but could surely scrounge up enough for the introductory kit to get started, especially if it means you could be bringing home some extra money.

The vast majority, according to the most recent data published by the Direct Selling Association, of people involved in multilevel marketing (MLM) businesses are young women. Most MLM companies don't have a minimum age required to join, so even high school students can join a MLM company, as long as they pay the fee.

Unfortunately, achieving financial prosperity by becoming involved in an MLM company is virtually impossible. In fact, it’s probably a safer financial bet to buy a scratch-off lottery ticket at your nearest corner store (and the cost would be less). A report published by the Federal Trade Commission reveals 99% of MLM representatives actually lose money.

The enthusiastic nature of pitches to prospective MLM reps fall short of tangible promises, but effectively sell the dream of having it all—the flexibility to spend time with your family, financial stability, the opportunity to help others, and fulfillment in a career you genuinely love. It’s no surprise so many buy into the idea and become representatives of an MLM business. But it is a surprise when they discover they’re not actually turning a profit and achieving what they expected.

MLM businesses prepare for this disappointment. They place responsibility for success or failure on the representatives. They hold large, glitzy conferences which sometimes feature celebrity entertainment and showcase the top 1% of representatives who reportedly do earn a substantial income from the business. Top earners show off their bonuses, incentive trips, and even leased vehicles on social media and in the company’s official communications. If they can do it, you can do it!

However, the entire business model is nonsensical in terms of success for the average representative. In order to sell and promote the products, you have to buy them to show how wonderful they are. In fact, in order to even earn a commission in many MLM companies, you must sell (or personally buy) a certain amount monthly. Then, if you’re fortunate enough to find a customer to buy the products, you’ll attempt to recruit them to sell so you can benefit from having them in your “downline” and they can benefit from the “discount."

With this model, it makes little sense for any customer to buy the products. If they wish to regularly purchase them, it makes more sense for them to become representatives themselves. There isn’t typically a cap on the number of representatives for most MLM companies. So the average person doesn’t know just one representative for a certain company—they probably know several.

The task of selling the same product countless others are selling to the same customer base in the same geographic area is not just difficult, it’s practically impossible. It’s unfair to blame failure on the representatives when the MLM business model itself breeds failure.

You may know someone, or have heard flowery stories about someone, who is wildly successful in an MLM. The income disclosure statements from various MLM companies confirm it’s not impossible for someone to earn a six-figure salary from the business. It’s just rare—exceedingly rare. Regardless of the company, most income disclosure statements from MLM companies are strikingly similar. There is a large percentage of representatives who earn a very small amount (not six figures, often not even three figures), and a very small percentage, usually less than one percent, of MLM millionaires.

Although most representatives selling both the products and the dream of imagined prosperity aren’t earning a livable wage themselves, the companies are thriving. Direct retail sales are a $35.54 billion industry, and 20.5 million people are involved in some MLM company, according to 2016 data from the Direct Sales Association.

The customers keeping the industry booming are the not the people receiving Facebook messages and party invitations, they’re the representatives themselves. The representatives are the ones buying the introductory kits and products to promote. Even if they quit, the company has already profited from their failure.

The representatives who put so much hard work and effort into achieving impractical goals deserve to be compensated with more than discounted mascara. There are opportunities for success, but they're most likely not the ones in your inbox that begin with "hey girl."

7 Indie Makeup Brands For When You're Tired Of CVS

Women-Owned Businesses To Support Every Day

Farrah is a writer whose work often focuses on feminism, social justice, politics, and current events. Her work has been published in Huffington Post, Scary Mommy, and many others. She is also a down-ticket Democratic candidate. She blogs at fortheloveofwineandcoffee.com. Follow her on Twitter and Facebook @WineCoffeeLove.