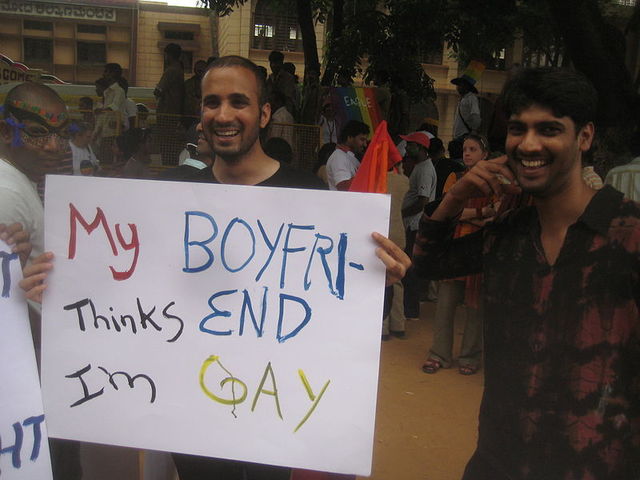 A huge win for gay rights was achieved on Thursday when India’s Supreme Court revoked one of the world’s oldest bans on consensual gay sex, ending a years-long ongoing legal battle over jurisdiction conceived during the country’s colonial past, The New York Times reports.

In their decision, India’s chief justice Dipak Misra described the British-colonial-era law, Section 377, as “irrational, indefensible and manifestly arbitrary." “We have to bid adieu to prejudices and empower all citizens,” Misra said in court.

The court ruled that gay citizens are now entitled to all constitutional protections under Indian law, and that any discrimination based on sexuality will be illegal. The justices deemed homosexuality “natural” and declared that the Indian Constitution is not a “collection of mere dead letters,” but should evolve over time.

South Asia director for Human Rights Watch, Meenakshi Ganguly, said, “This ruling is hugely significant,” with implications for setting a precedence for nations with similar jurisdiction from colonial histories to end their discrimination of gay and transgender citizens.

British rule during colonization imposed brutal consequences on homosexuality under Section 377 of the Indian Penal Code in 1861. Those who “voluntarily [had] carnal intercourse against the order of nature” could be sentenced to life in prison.

“This decision is basically saying, ‘You are not alone,’” said Menaka Guruswamy, one of the leading lawyers who defended gay rights petitioners, on striking down Section 377. “'The court stands with you. The Constitution stands with you. And therefore your country stands with you.’”