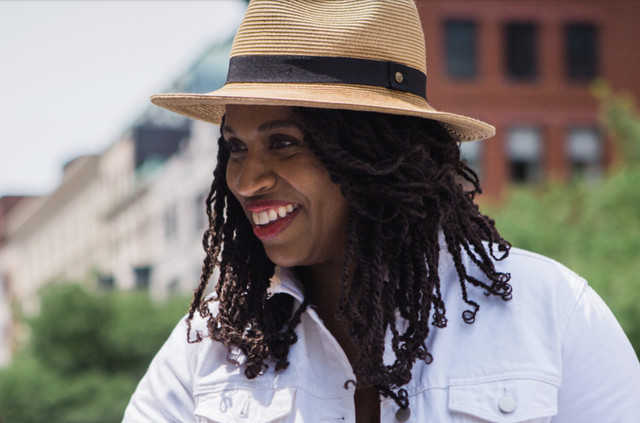 In the September 4th primary, 44-year-old Boston City Councilor Ayanna Pressley beat 66-year-old, 20-year incumbent Michael Capuano, who conceded before the race was officially called, the Daily Beast reported. Pressley was the first woman of color elected to city council in her 2009 win, and if the November primary goes as planned, she will be the first black woman elected to Congress by Massachusetts.

Though one of the deepest blue states, Massachusetts did not elect their first female Senator, Elizabeth Warren, until 2012. According to the New York Times, only two of Massachusetts' nine House members are women, and one them (Niki Tsongas) is retiring. Pressley is amongst several progressive African-American candidates who won despite low expectations; others include Stacey Abrams of Georgia, Andrew Gillum of Florida, and Ben Jealous of Maryland, who each won the Democratic Party’s nominations for governor.

Pressley's campaign is exemplified by a quote in her video: “The people closest to the pain should be closest to the power, driving and informing the policy making.” The New York Times reports that Pressley argued that her life experiences as a woman of color, including that her father struggled with drug addiction and was incarcerated for most of her youth, and that she is a victim of sexual battery, make her prepared to fight for people who have lived through trauma and be a better representative for the underrepresented.

Although Pressley and Capuano have aligning viewpoints of many issues, Pressley characterized herself as an "activist leader" who would do more than just vote the right way. On her website, she says, “Activism is no longer an option, but is the expectation of our generation.” Pressley also tweeted out some of the major issues she supports the day before the primary with her campaign slogan #ChangeCantWait: 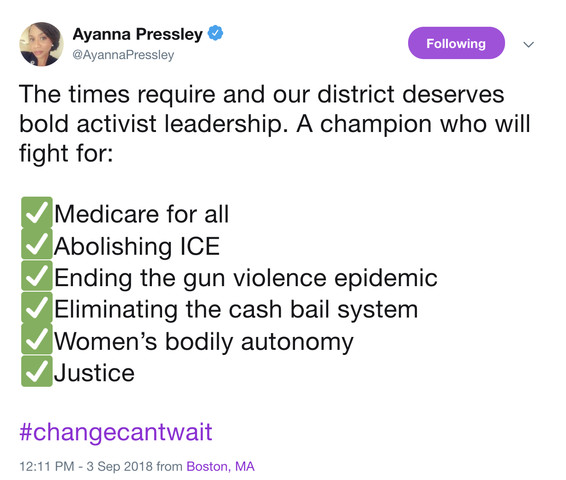 Though many are insisting it this win is not a big deal because Pressley's and Capuano's politics were aligned anyways, there are a few instances in which that is not true. According to the Daily Beast, Capuano said he would support Trump’s wall if it included broader immigration reform—an issue that Pressley has promised she will not compromise on. Pressley has also called Capuano out for his vote on the “Blue Lives Matter” bill, which would impose harder penalties for crimes against members of law enforcement, while no protections are being made for those that have experienced crimes perpetrated by law enforcement. Additionally, Capuano said in a debate that he supports the message of the NFL players choosing to take a knee but questions if it the proper tactic, while Pressley unequivocally supports their action and their message.

After her win, Pressley said, “With our rights under assault, with our freedoms under siege, it’s not just good enough to see the Democrats back in power, but it matters who those Democrats are. Are you ready to come to Congress with me?”

We can’t wait to come to congress with you, Ayanna!