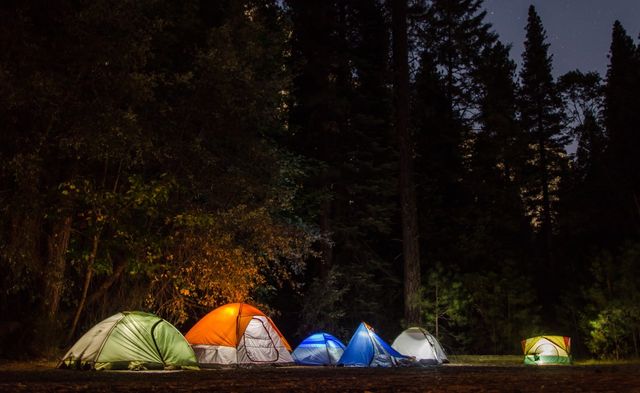 At summer camp, I spent weeks running around in the sunshine, laughing until I fell over, and making lifelong friends. Sometimes, it was heaven on earth. And sometimes it wasn’t.

Like the summer we were fifteen, the oldest kids at camp. Nearly everyone in our age group had grown up together. Maybe that was why it was so shocking when two boys grabbed my best friend, Hannah*, while we were swimming in the lake, and groped her between the legs while she yelled at them to stop.

Hannah and I stayed up late that night in our bunk bed, trying to figure out what had happened and why it had been so upsetting. We didn’t know terms like “sexual assault”; it wasn’t until years later that Hannah would begin to use that phrase for what happened.

A few weeks later, as we all tearfully said goodbye on the last day of camp, a male counselor slipped me his phone number and whispered, “You can call me any time.”

When I asked my friends if they’d had similar experiences while attending or working at summer camps, I was surprised how many had a story. So I started asking if I could write the stories down. When word got around my college campus, people I barely knew started coming to me to share their experiences. I heard about misogynist traditions, queer people experiencing discomfort and hostility, camp administrators who were too “touchy” with teenage girls, a whole lot of harassment, and even assault. And over and over again, I heard that supervisors and camp administrators were not helpful in dealing with these issues. It isn’t an individual camp’s problem; it’s a cultural one.

Despite some measures like the recently introduced Shmira Initiative aimed at preventing sexual harassment and assault at Jewish summer camps, the toxic culture of summer camps has not been widely covered in mainstream media. In fact, in their coverage of the Shmira Initiative, the Washington Post chose to suggest that the effort might threaten teenage summer romances, rather than taking people’s experiences of sexual misconduct at camp seriously.

When I returned to my camp as a counselor, four years after that last summer, I was determined to give my fifteen-year-old campers a better experience than I’d had. When I showed up for staff training, I found out that one of the boys who had assaulted my friend was to be my co-worker. I would have to interact with him—and watch him interact with my campers—every day.

Being a counselor turned camp into a different world, one that didn’t resemble any work environment I’d ever been a part of. Hookups were frequent and discussed in detail in the staff lounge, which felt distinctly like a frat house. There was, I’m not joking, a whiteboard where people wrote which staffers had hooked up, and male counselors could often be found on the couches discussing who they wanted to “bang.” Frequently mentioned in these conversations were the youngest staffers, some of whom were just two years older than our campers. I once had to yell at a counselor after I heard him flirting with my camper, who he thought was a staff member. He defended himself by claiming that she “looked older” than fifteen.

Nothing could have prepared me for a work environment where I felt I had to keep grown men in line. But then again, working at camp wasn’t supposed to be “professional.” It was supposed to be a fun summer job for young people. That’s why it was hard to know when others’ actions crossed a line. Or if we were in a place where those lines even existed.

I’m not going to war against camp counselor hook-up culture; I participated. I just didn’t enjoy having to explain to my partner why I didn’t want him to “put us on the board,” or having to basically threaten another counselor who repeatedly hinted at who I was dating in front of my campers (supposedly, all in good fun). Being in a workplace that so utterly lacked boundaries didn’t feel “fun” a lot of the time. It felt unsafe.

The worst of this was on days off, when counselors would organize trips to someone’s lake house. Apparently, the male counselors often played a “game” where they tried to get the female counselors as drunk as possible. I didn’t feel safe falling asleep around those guys, let alone drinking. Despite the frequent frustrations of being a camp counselor, the only time I cried was when I realized I would have to spend my day off alone because I didn’t feel safe around my own co-workers. I went to the basement so my campers wouldn’t see.

Dana*, a 20-year-old counselor at an East Coast camp, told me about the time a 24-year-old counselor, Cory*, cornered her and called her “a little punk, a prick,” and finally, a “cunt.” “I’d never had an interaction with someone that was so violent and aggressive,” Dana said. “It was scary.” But when she reported the incident to her superior, Dana discovered that Cory was hooking up with multiple staff members, and none of them were willing to reprimand him. Realizing that no one was planning to help her, Dana temporarily left camp. She recalls thinking, “I can’t perform my best, I can’t be a good counselor if this is on my mind.” Cory never faced any consequences. “In any other work environment,” Dana said, “He would get fired immediately.”

In most workplaces, relationships between staff and superiors are considered inappropriate. The power dynamics involved can lead to issues of consent. But at Dana’s camp, older male staff members, some of whom were in positions of power, frequently hooked up with young female staffers. There were rumors of assaults, times when counselors were too drunk to consent, or when female staffers as young as sixteen were pursued by males in positions of power as old as 26, and left the encounters feeling frightened and violated. And then there was the male counselors’ long-held tradition: writing a graphic sexual song about the 15-year-old female staff aids and singing it at the end-of-the-summer counselors’ party. The song describes the staff aids’ bodies and sexual acts the male counselors want them to perform. When Dana’s friend attempted to stop the song last summer, the male counselors threw beer cans and yelled “fuck you” at her. “I really hope they do not sing it next summer, and I hope there’s someone there to say something,” Dana said. But after the hurt of that summer, Dana won’t be returning to camp. “Something needs to change,” she said. “I’ve tried and I’ve lost, and I’m not going back to do it again.”

These toxic dynamics extend into campers’ experiences as well. I was good at being a counselor, which meant that most of the time I was almost too sleep-deprived to function (but not quite). I got a reputation: I was the one to call if there was a spider that needed killing or a girl who needed to be comforted while crying. But to my horror, a lot of those tears happened after a male camper had made a comment about their bodies or called them a name. I found myself holding my campers and telling them what I wish someone had told me at their age: Words like “slut” and “bitch” are meant to take away women’s power. They reflect on the people who use those words, not on the people who receive them. Never forget—you are amazing just the way you are. And I found myself sitting down with those young men and having serious discussions about their behavior.

I heard multiple stories about queer and trans campers feeling uncomfortable and out of place at camp. One former counselor told me about a genderqueer camper who was made to sleep in the nurse’s cabin because no one could find a better solution to accommodate their identity. Multiple former counselors told me that when campers came out to them in confidence, administrators would pressure them to inform the parents, potentially going against their campers’ wishes or even putting them in danger.

Camp traditions often enforce particular gender norms that are harmful for everyone, but can be particularly uncomfortable for LGBTQIA+ kids. Max*, a childhood friend of mine, described his discomfort with our camp’s different traditions for boys and girls: while the girls were being sung to sleep by their counselors each night, boys were made to participate in military-esque “gross-out contests” where they had to “eat uncooked cheese curds dipped in sardines while blindfolded,” or “eat pudding off some counselor’s chest.” And then there was the time, that summer we were 15, when a female counselor read erotica to a boys’ cabin as a “special lights-out program.”

Of her camp, Sivan, 19, said, “The boys were allowed to just exist without being sexualized...The boys’ cheers were all about climbing, canoeing, etc., and every single girls’ cheer was about boys, even when we were six and seven years old. We were made to cheer and sing in the dining hall about hooking up, makeup, lusting after boys; there was no room for anything else.”

In places where the entire culture enforces particular, rigid gender roles, it’s really hard—sometimes impossible—to feel comfortable existing as anything but a straight, cisgender person. It can feel impossible to be safe being you. And at the end of the day, that’s what it comes down to. Are we making an environment where campers can feel safe being themselves? Where counselors can feel safe while they do their jobs?

I know what a lot of my former co-workers would say to this: camp is supposed to be fun. And if we obsess over safety, we’re going to ruin the fun for everyone.

Camps need to have concrete plans for both preventing and responding to issues of sexual misconduct. Efforts like the Shmira Initiative could make a huge difference on this issue—and should become a regular part of staff training. There need to be avenues for reporting sexual misconduct among counselors, and those reports need to be taken seriously, just like they would in any other workplace. We need to work to make camp a safe place for both campers and counselors, rather than one that relies on toxic masculinity for “fun” at the expense of the most vulnerable among us.

And if we really love camp as much as we say, that’s exactly what we’ll do.

Tags: summer camp , toxic masculinity , sexual assault , sexual harassment , growing up , interviews , #MeToo , camp counselors , workplace harassment
Support Feminist Media!
During these troubling political times, independent feminist media is more vital than ever. If our bold, uncensored reporting on women’s issues is important to you, please consider making a donation of $5, $25, $50, or whatever you can afford, to protect and sustain BUST.com.
Thanks so much—we can’t spell BUST without U.