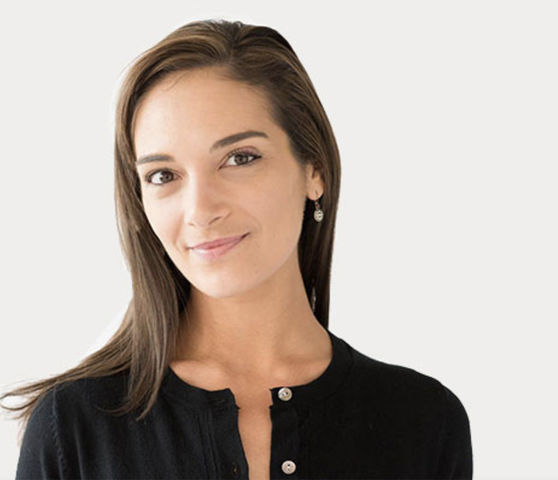 On her website, Salazar describes herself as “an advocate, a tenant, a feminist, a democratic socialist, a union member, and a proud daughter of working-class immigrants, [who] has spent her life fighting for social justice in her community.” She is one of the few political candidates to speak out about definitively supporting the rights of sex workers, and has included concrete steps towards achieving that in her platform.

Salazar is building her policies by consulting sex workers,reports the Intercept—which may sound like an obvious solution, but has very seldom been done. Those steps include an end to police raids on massage parlors, which often lead to deportations; working with district attorneys to stop charging sex workers with crimes; and creating a network of optional social services to address workers’ needs, such as housing, childcare, syringe access, and job training if they wish to leave sex work. Salazar also plans to repeal the exemption of sex workers under New York’s rape shield law; under the current law, being a sex worker can be used as character evidence to explicitly exclude sex workers from protection from rape.

Sex work is an issue that sits at an importance impetus for progressive politics because it intersects with women's rights, racial justice, LGBTQ rights, prison reform, labor rights, and immigration. However, many still oppose decriminalization of sex work because they conflate it with trafficking. The major difference is consent.

Human trafficking comes down to an issue of immigration policy and labor rights. While sex trafficking is probably the most talked about, human trafficking occurs in all low-wage jobs and especially affects the food industry. According to Human Rights First, in 2017, an estimated 24.9 million people were trafficked. Of those, 64% were exploited for labor such as construction, agriculture, and domesic work; 19% were sex trafficked; and 11% percent were exploited in state-imposed forced labor, which includes prisons and the military.

And yet, the same people criminalizing sex work are not trying to reform other low-wage industries or support labor rights in general. Almost as if politicians are hypocritical. But not Salazar, as she plans to get to the root of trafficking “through economic opportunity, criminal justice, immigration reform, and the provision of housing and social services.”

In her interview with the Intercept, Salazar said, “Sex workers are workers and they deserve to be treated with dignity, including protections and decent working conditions, rather than the abuse and criminalization that they currently face. I’m dedicated to defending workers’ rights, reforming our criminal justice system and ending exploitation, and we know that criminalization puts everyone in sex work at risk rather than protecting them.”

Salazar is echoing sex work activists' fight to repeal a 1970s-era statue that prohibits “loitering for the purposes of prostitution,” which disproportionately affects women of color and trans women. According to The Red Umbrella Project, nearly 70 percent of defendants facing prostitution charges in Brooklyn trafficking courts are black women, and nearly 94 percent of people arrested on loitering charges are black women.

It should not be so rare to see progressive politicians embracing sex worker rights due to all of these intersections. However, notable progressive senators Bernie Sanders and Elizabeth Warren both voted in favor of the highly contested SESTA-FOSTA, despite both dedicating their careers to addressing economic inequality. SESTA-FOSTA, which was passed off as a means to curb sex trafficking, makes it harder for sex workers to use online platforms which are used for work, sharing safety tips, and as a whisper network to help other sex workers avoid unsafe situations.

Many sex workers spoke out about the damage it could cause them through writing articles and through sharing their experiences with #SurvivorsAgainstSesta, but politicians did not listen. The passage of the bill ignited sex work activists, and Salazar is listening to them and giving them hope. Jo, a 27-year-old sex worker, told Splinter that, "it sent shockwaves throughout the sex work community."

As Peter Frase wrote for Jacobin, “If you want to oppose sex work without opposing work in general, you’re forced to fall back on some normative claim about what counts as normal, natural sexual relationships.” He furthers that although the argument that if given the economic opportunity, many people would choose to leave the sex industry, that is also true of most people working low wage jobs. Therefore, he states, the “only argument against sex work that I think holds up: it’s work, and work is often terrible.”

Salazar has been doing canvassing events with sex workers around North Brooklyn. She spoke to a crowd of sex work organizers at Three Diamond Door, a popular Bushwick bar, at which she told the crowd, "People will say this is radical. That what we are doing today is radical, that what I'm describing is radical, but we all know that is needs to be the norm," reported The Daily Beast.

Lola Balcon, an organizer for the event told Splinter, "It shouldn't be newsworthy to have a party of sex workers and have a politicians speak at it, or to turn out sex workers to canvass. Sex Worker rights should be a normal electoral issue that mobilizes people. We're just the first to do that."

More politicians should follow in Salazar’s footsteps of recognizing sex work rights within their platform. To help with her campaign by donating or volunteering, click here.