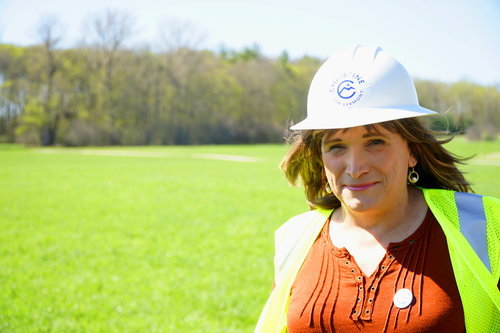 Last night after a Democratic primary win, Vermont’s Christine Hallquist made history as the first transgender gubernatorial candidate nominated by a major party. She beat out three opponents, securing 48% of the vote, according to Vox.

“I am so proud to be the face of the Democrats tonight,” Hallquist said in her victory speech.

Hallquist, a first-time candidate, has been CEO of Vermont Electric Cooperative since 2005. She hopes to protect Medicare and Medicaid, support the state’s public schools, and raise the minimum wage to $15 an hour, Hallquist writes on her website.

The BBC reported that this year, 43 openly transgender candidates across the country have run for office at all levels. Like many others, Hallquist said she was inspired to run for office following Trump’s election. She told The Washington Post that, at the Women’s March in Vermont, she had a realization that “our lovely cocoon in Vermont has been pierced by the hatred coming out of Washington. Coming from a marginalized community myself, that really hit me hard.” 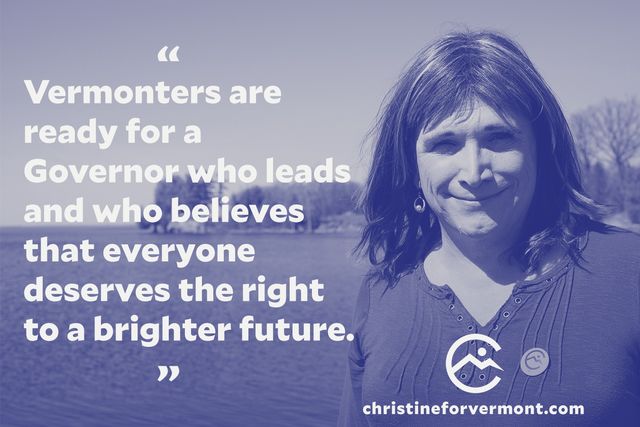 Among Hallquist’s many supporters is Danica Roem, the trans politician who unseated conservative Virginia legislator Bob Marshall last November. “Victory!” Roem tweeted. “If anyone tells you the Republican incumbent is too entrenched for you to defeat in the general election…yeah, about that. Go win.”

Next up, Hallquist will campaign against Republican Governor Phil Scott. The general election will be held in November.

Tags: Vermont , Christine Hallquist , transgender , governor
Support Feminist Media!
During these troubling political times, independent feminist media is more vital than ever. If our bold, uncensored reporting on women’s issues is important to you, please consider making a donation of $5, $25, $50, or whatever you can afford, to protect and sustain BUST.com.
Thanks so much—we can’t spell BUST without U.