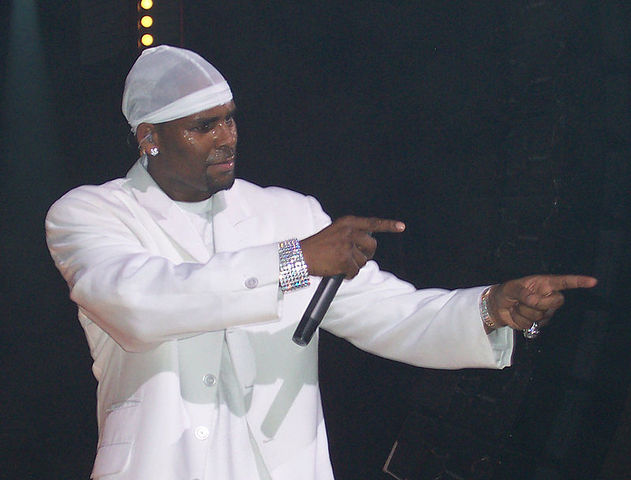 Singer and accused sexual predator R. Kelly is scheduled to perform at the Hulu Theatre in Madison Square Garden next month, Variety reports.

Regardless, Kelly’s music has continuously been met with commercial success and a bevy of prestigious awards. The singer has also found endorsement among other chart-topping artists via collaborations with Usher, Ty Dolla $ign, and Justin Bieber, among others.

While underreported during the majority of his career, Kelly’s history of reported sexual abuse has been addressed more recently by media platforms. In an effort to remove hateful content from their service, Spotify (temporarily!) removed Kelly from the site’s curated playlists, and Hulu, ironically, is allegedly developing a documentary on the singer and his alleged past of abuse and exploitation, Deadline reports. Protests during performances and multiple concert cancellations were also ignited following the BuzzFeed article detailing Kelly’s alleged sex cult.

While figures in the film industry have become a central focus of the #MeToo movement, the music industry is also majorly guilty of dismissing the predatory behaviour of profitable perpetrators of violence. When asked for comment, Madison Square Garden told Spin, “MSG has a long history of not censoring performers. We believe artists have the right to rent our venues to put on their own event, and that the public then has the choice whether or not to support that event.”

It's this mentality which allow venues and studios to be comfortable with their complicity in the commercial success of artists who have demonstrated abuse. Making the choice not to assume responsibility for promoting harmful behaviour is to deny the fact that channels of media have overwhelming influence over what is perceived as socially acceptable and normal. Only when major companies like Madison Square Garden and RCA Records make a point of condemning abusive behaviour by dropping artists like Kelly can there be hope for other industry pillars to be critical about what kind of behaviour they project as tolerable.