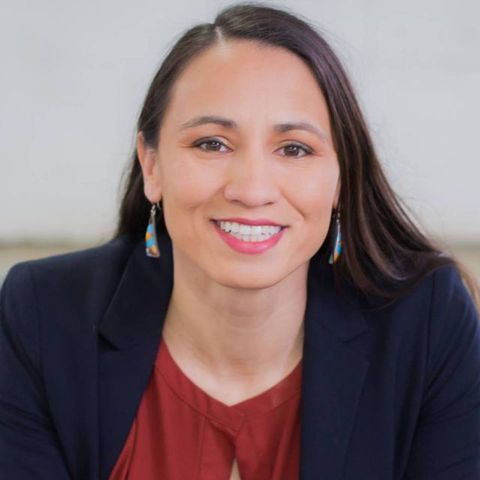 Sharice Davids won her primary! She will be running in the Third Congressional District in Kansas against Republican Representative Kevin Yoder—who is endorsed by Trump himself. According the The New York Times, in a statement, Davids referred to Yoder as “a pawn of Trump.”

If she wins the November election, she will present many firsts for Congress. She would be the first lesbian congresswoman from Kansas and the first Native American woman in Congress (potentially alongside Deb Haaland, who also won her primary in New Mexico). To top it all off, she would be the first Congresswoman who was once a professional mixed martial arts fighter—so freaking cool!

She told the New York Times, “Having L.G.B.T. people sitting in the room while decisions are being made, and sitting there as peers, will shift the conversation. I think it’s important that the lived experiences and the point of view of L.G.B.T. folks be included in conversations that affect all of us.” Hopefully she gets the chance to bring her lived experiences to Congress in 2018!

Davids is a member of the Ho-Chunk nation in Wisconsin and has served as a former White House Fellow. She plans to focus on gun reform, climate change, education reform, equal rights, healthcare, and immigration reform. On her campaign website, she says, "As a woman and a Native American, I know how to stand up and fight for equity.”

If you want to get involved and get her elected to Congress, check out her campaign website for more information!

This Woman Could Be The First Female Native American Representative In Congress: Run Like A Girl

Tags: Sharice Davids , gun reform , immigration rights , healthcare , politics , pro-choice
Support Feminist Media!
During these troubling political times, independent feminist media is more vital than ever. If our bold, uncensored reporting on women’s issues is important to you, please consider making a donation of $5, $25, $50, or whatever you can afford, to protect and sustain BUST.com.
Thanks so much—we can’t spell BUST without U.