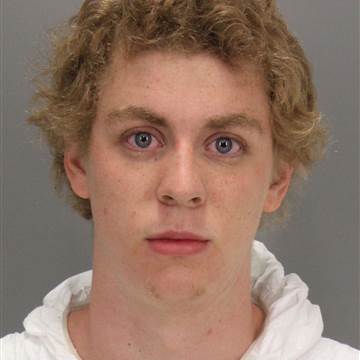 Following Brock Turner’s latest attempts to worm his way out of taking responsibility for raping an unconscious woman known publicly as Emily Doe in 2015, Turner and his lawyer Eric Multhaup made an appeal to overturn sexual assault charges in an effort to reverse his status as a registered Tier 3 sex offender for life. Multhaup's argument relied on the reasoning that Turner had only wanted “sexual outercourse”—a concept defined by Multhaup as sex without penetration (which is still assault if it occurs without consent)—although he did, in fact, penetrate his unconscious victim. On Wednesday, Turner lost the appeal, Vox reports.

The court rejected Turner's appeal on the basis that the sexual offender did indeed intend to rape the woman he assaulted, had he not been stopped by passing bicyclists. "Defendant argues the evidence was insufficient to prove he intended to rape [Doe]. We disagree," the court wrote in an officiated opinion. "Jurors reasonably could have inferred...that, if the graduate students had not stopped the defendant, he would have exposed himself and raped her."

It’s a grim picture when a win for fighting rape culture is a predator like Turner receiving basically a minimal slap on the wrist after completing only a three-month prison sentence, but at least, even if Turner doesn’t recognize himself as a sexual offender, his future neighbors, employers, and the rest of the world will.