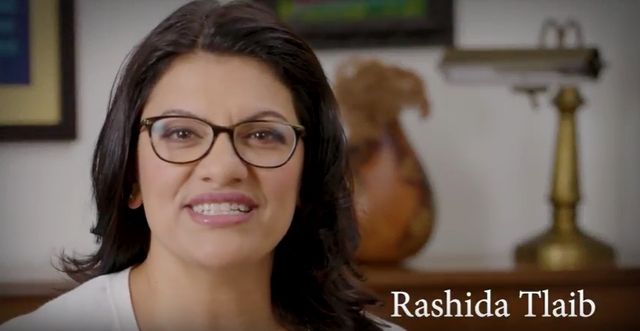 Rashida Tlaib just became Michigan’s Democratic nominee for the U.S. House of Representatives, and she’s running unopposed in November—which means she is on track to become the first Muslim woman in Congress.

Tlaib has a long history of breaking boundaries. She was the first Muslim woman in the Michigan Legislature, serving in the state’s House of Representatives from 2008 to 2014.

After that, she worked at a national non-profit, public interest law center dedicated to economic and social justice.

And, um, also, two years ago, she protested Trump at an economics luncheon where Trump (then the Republican presidential nominee) was speaking, and heckled him until she was “forcibly removed.”

According to the Detroit Free Press, Tlaib felt that as a Muslim and a mother, she had an obligation to “demand that Trump be a better example for children,” saying, “We need to heard… You cannot stay silent.” Standing up for what you believe in is “the most patriotic thing you could ever do," Tlaib said to reporters.

A huge congratulations to Rashida Tlaib—we can’t wait for you to take on Trump again as a congresswoman.

And hey, while you’re here, quick reminder—Register to vote. Make a plan for getting to the polls on November 6th, voting early, or voting absentee. Remind your friends and family to do the same.