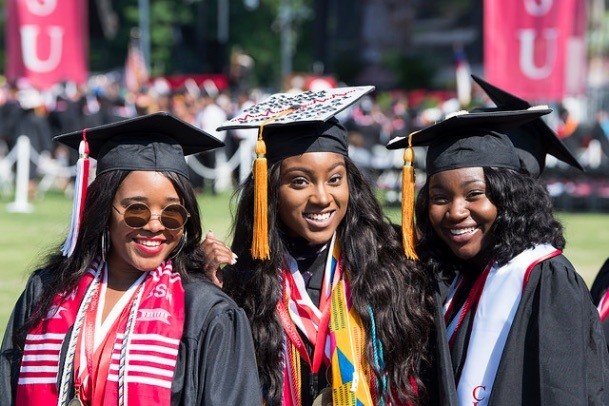 Today is Black Women’s Equal Pay Day. That means that today marks the day when Black women, on average, have made the same amount of money that white men made last year. In other words, Black women have to work for 20 months in order to make what white men make in 12 months. When a white man receives a dollar, a Black woman receives 63 cents.

Acknowledging the meaning behind today’s date means taking a good hard look at the way our country works. The wage gap we most often hear about—that women make 80 cents for every man’s dollar—is an average number that doesn’t consider the disparity caused by racism as well as sexism.

When you look at more specific numbers, a very clear picture forms. According to the National Women's Law Center, white women earn 79 cents to a man’s dollar. Black women, 63 cents. Native American women, 57 cents. Latina women, 53 cents. Many sources report that Asian-American women make 87 cents to a man’s dollar, but according to the National Women’s Law Center, this number doesn’t account for significant disparities experienced by particular groups of Asian women. Burmese and Fijan women, for example, make less than half of what a white man makes. In addition to making more money than literally all women, white men make more money than Black men and Hispanic men, too.

And the wage gap varies based on geography, too—the worst one is in Louisiana, where Black women make LESS THAN HALF of what white men make. More liberal areas aren’t necessarily better—the wage gap for Black women in New York City is also worse than the national average.

Some people argue that numbers like these don’t really mean our country is rife with systemic racism and sexism. They argue that the pay gap numbers look bad but are just due to individual choices—women choose to take lower-wage jobs. We choose lower-paying college majors.

Black women aren't choosing to earn less money. They're struggling to survive in a world that has a long history of oppressing them. The wage gap can’t be explained away by an argument about people making “individual choices” to earn less. In reality, systemic racism and sexism in our country means that some people are given lots of choices. And some people are only offered a limited set.

To quote the Institute for Women’s Policy Research, “Just because the explanation of the gender wage gap is multi-faceted does not make it a lie.” Sure, there are a lot of factors that lead to Black women having less money than white men—but every one of those factors is based in systemic oppression.

Black women are now the most educated group of people in our country. But right out of college, Black women are already being paid 37 percent less than their white male counterparts. And it only gets worse from there. So on Black Women’s Equal Pay Day, remember that the wage gap isn't just about sexism. It's about racism, too. And it's not about people choosing to earn less. It's about systemic oppression in our country. This is bullshit, and it has to change.

When We Discuss The Glass Ceiling, Why Don’t We Mention The Costs Of Sexual Assault?

With "This Is America," Donald Glover Forgets Black Women—Again