The Problem With "Professionalism" 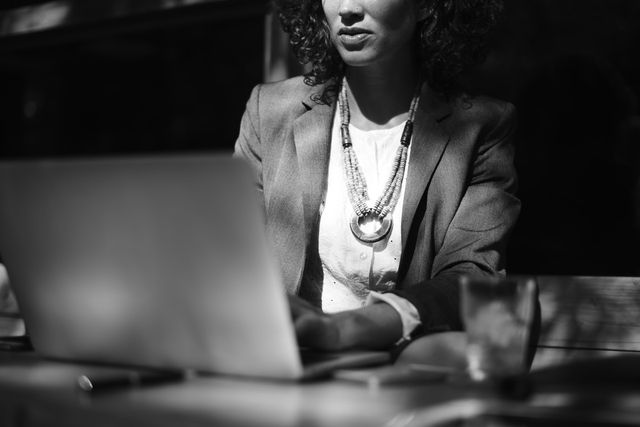 Recently, a female friend asked me if I worried that writing would interfere with my real job. She wondered if the parents and adults I work with would view my writing as unprofessional. For my real job, I work with students on the Autism Spectrum and their families. My essays usually revolve around topics surrounding gender equality, LGBTQ issues, and mental health. While I agree it would be unprofessional for me to bring in an article I’ve written about oral sex to use as a means to check for reading comprehension, I’m not sure if writing the article and publishing it online is in and of itself unprofessional. I suspect the families I work with, more than most, understand the frustration and need for discussions on equality as their children are constantly shafted on the basic rights and support that neuro-typical children have inordinate amounts of, like access to decent education, quality extracurriculars, opportunities to take part in community functions, doctors that understand their needs, etc.

It’s not surprising that a female friend, not a male, asked me in a worried tone about professionalism, as this idea is often a carried out in a way that negatively impacts women the most. Professionalism is an idea grown out of the values, actions, and emotions of straight white men, so it tends to negatively effect everyone outside of this group. Many offices carry out professionalism in a manner than ends up being sexist, even if inadvertently, so I assume my female friend carries her own anxieties on the topic.

The general goal of professionalism seems worthwhile. Employed persons should show up to work as scheduled, complete their job duties as required, and play well with others. In general, you need to be better than your sloppy, no pants or bra, Cheeto-covered fingers, stinky breath, home self during the hours of 9 to 5. This idea put into action, however, is usually funneled into practices that prove more difficult for women, gender non-conforming persons, and people of color and often stray from the original intended purpose. The rules also never seem to apply both ways for men and women when dealing with office issues.

A good female friend once received a mid-annual review that noted her blouse “showed too much cleavage.” My friend has a naturally larger chest and has spent a lifetime hearing unnecessary comments like this one. While this is clear case of body shaming in the workplace, this “review” also exposes the double standard of professionalism. My friend received a metaphoric smack on the hand for simply wearing a blouse, while her male counterparts received no feedback regarding their clothing choices, which typically consisted of T-shirts and the occasional jogger sweatpants. My friend, while technically dressed better than these guys, was the one getting negative criticism.

At least once a month, my sister-in-law Facetimes with my wife to discuss if a new outfit she bought is professional enough. This is a 35-year-old account executive who is highly competent and successful, but still lives with a gnawing suspicion that she might wear something incorrect or offensive. I doubt the guys at her office put in the same mental energy and angst over clothing options. Cornell University senior Letitia Chia was deemed unprofessional for wearing shorts during a presentation earlier this year, which led to her stripping during her senior thesis in protest. Chai was angry and rightfully so; she hasn’t even graduated and was already getting physically scrutinized under the guise of professionalism. Our work and our words should matter more than our clothing.

"Professionalism in its current context feels like another way to control women, or at the very least a way to keep us feeling unsure and second-guessing ourselves."

I am not suggesting we should all wear pajamas to the office in an act of a resistance. Feel free to follow company policy and dress in a way that feels like you’re complying with the standards of your field and are making an effort. For me, dressing “professional” is a way to show my clients and families that I respect them and the work we do together. Chai, however, wasn’t wearing a garbage bag, and my sister-in-law certainty knows what constitutes as appropriate workwear. It’s the constant background noise of "professionalism" fear that follows women, making it difficult to trust ourselves.

Emotions such as crying or being perceived as upset are viewed as more unprofessional than emotions such as anger. I’ve seen a supervisor whisk a female teacher out a room before one teardrop had even left her eye duct and tell her to come back in 10 minutes when she had collected herself. I’ve seen male teachers in this same school stomp around a classroom, raise their voice in frustration, and slam chairs without so much as a blink from supervisory staff. These rules about emotions don’t seem to make any sense, but remain in place, teaching us how to behave.

It’s not surprising that this female friend asked me if I was worried that writing and publishing would be deemed unprofessional or frowned upon by parents or higher-ups in my company. Men feel free to be multidimensional employees while women live in a constant state of career worry. Does my boss like me, is my work good enough, did I take up too much room in the staff fridge, does everyone hate me for bringing in tuna salad, does Karen think I’m mad at her because I put a period at the end of my text? Our jobs always depend on more than “doing our job well.” We have to be perceived as nice, a team player, willing to put in extra, and professional…Professionalism in its current context feels like another way to control women, or at the very least a way to keep us feeling unsure and second-guessing ourselves.

Today, women are more hyper-paranoid than ever about being professional. We want to look the part, play the part, keep our feelings in check, and hide any accounts of ourselves on social media to the best of our abilities. (Why the obsession with social media? I don’t have photos of me doing anything embarrassing like sporting a MAGA hat or standing in front of kitchen sign reading “Live, Love, Laugh” or “Too Blessed to Be Stressed.” If families want to look at pictures of my wife and dogs, they can feel free.) Culturally, if feels like we’ve confused the idea of boundaries, which are undoubtedly important in working relationships, with allowing ourselves to be seen as individual humans.

Modern professionalism is turning us into one-dimensional workers instead of intricate humans with variety of feelings, goals, and opinions. Writing about sex, gender, and mental health isn’t "unprofessional," and backing away from it will only continue to feed the broken system. Who knows—maybe I’ll start enacting free-bleeding Fridays.

Men Bond Over Sexism In The Workplace