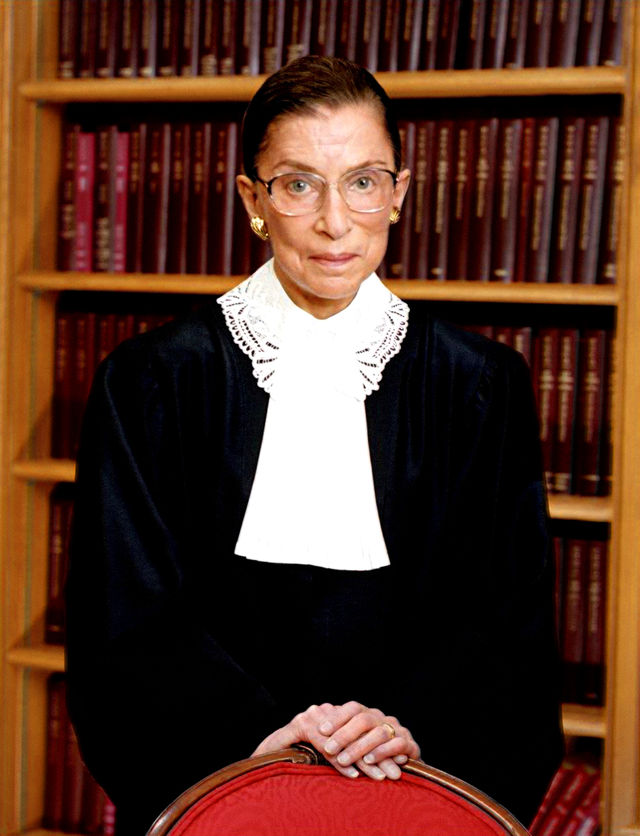 On Sunday, Supreme Court Justice and America’s Last Remaining Hope Ruth Bader Ginsburg said that she wants to stay on the bench for five more years, CNN reports. We all breathed a collective sigh of relief knowing that Ginsburg, who has been a strong defender of liberal issues since her appointment in 1993, will be around for a while longer in this time of a potential conservative majority on the bench.

"I'm now 85," Ginsburg said while attending a New York production of the Originalist. "My senior colleague, Justice John Paul Stevens, he stepped down when he was 90, so think I have about at least five more years."

Obviously, Twitter erupted in a firestorm of happiness and appreciation. 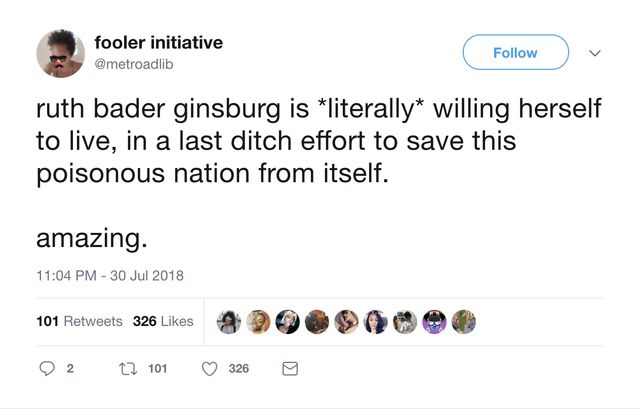 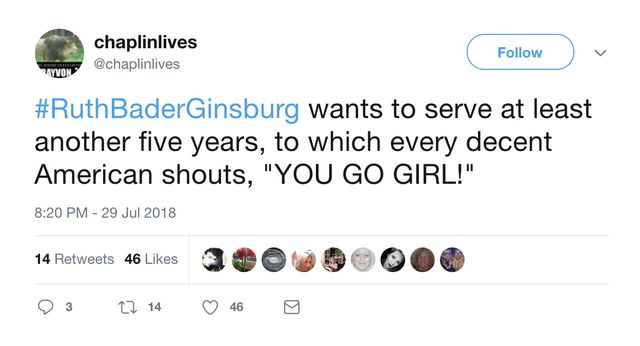 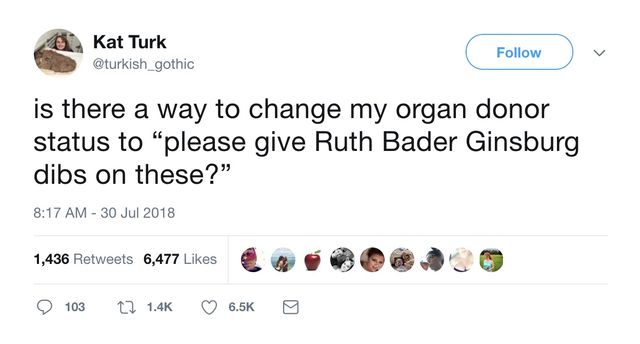 Ginsburg, who is now 85, has been the focus of many comedic skits in the wake of President Trump’s election for her incredible health at such an advanced age. SNL's Kate McKinnon hilariously portrayed her while eating a giant bag of Emergen-C (a supplement that strengthens your immune system).

Ginsburg has been known for working for her health to ensure her ability to do her job. Her bi-weekly intense workouts have inspired a national following and even a book titled The RBG Workout. She calls Bryant Johnson, her personal trainer, “the most important person” in her life. So, we can see she values her health for the American people.

Here's to you, RBG! Hoping you stay in good health so you can save us and our rights!

Tags: Ruth Bader Ginsburg , SCOTUS , Trump , workout
Support Feminist Media!
During these troubling political times, independent feminist media is more vital than ever. If our bold, uncensored reporting on women’s issues is important to you, please consider making a donation of $5, $25, $50, or whatever you can afford, to protect and sustain BUST.com.
Thanks so much—we can’t spell BUST without U.