Cut The Bullshit: How Online Pharmacies Can Help People Have Safe And Private Abortions 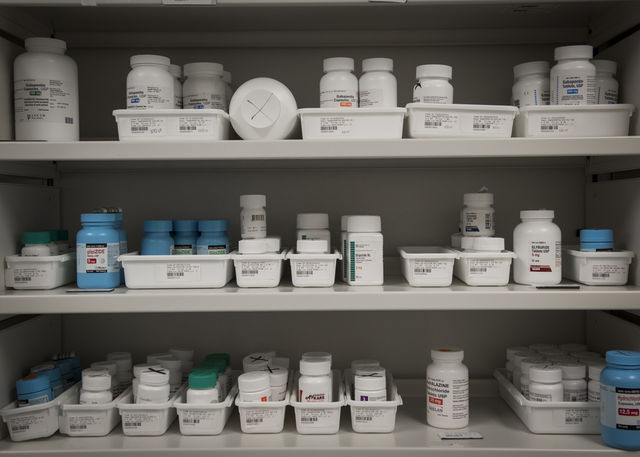 “That’s a bunch of bullshit,” was Tami’s comment about the hoops she would have to jump through to get an abortion. When the 32 year-old mother of three from Louisiana sought services, she discovered that “every clinic but three have been shut down.” After learning about the numerous appointments required, waiting times, and counseling—“they are gonna make me listen to the heartbeat”—she commented, “I know what I want, but the laws in the state make it so hard.”

Barriers to abortion care are common; 90% of US counties have no abortion provider, creating vast “abortion deserts.” Annika, a 28-year-old from Colorado, noted that "it’s 50 minutes to an hour to the nearest clinic, and I don’t have any way of getting there myself. There’s no public transport that goes there, and a taxi or Uber would just be too much on top of the cost of the procedure.” The cost of the procedure was also a barrier for Vonda, a 35-year-old with 3 children who lives in Texas. For her, it was a question of paying the rent or paying for an abortion.

These experiences of ordinary women who were trying to access a legal health service are included in a study released earlier this month in Perspectives on Sexual and Reproductive Health. The study looked at the motivations and experiences of people seeking medication abortion online in the United States. The findings document—in the words of women themselves—what we already know, that depending on where you live and how much money you have, an abortion can be hard to come by. But the study also revealed a possible solution to the abortion access problem, one that was seen as both convenient and desirable by women—making abortion pills available through online pharmacies.

When faced with seemingly insurmountable barriers to getting an abortion, each of the women mentioned above had the idea to Google how to find abortion pills, and each discovered that there are lots of online pharmacy sites that offer to ship abortion pills, including three websites that provide comprehensive information about how to self-manage abortion. But the women also discovered that the sites that offer assistance—Women on Web, Women Help Women, and safe2choose—do not ship pills to the United States. The research clearly documented the frustration people felt at not being able access pills from these sites (and their hesitancy to order from the other online sites that seemed "sketchy as hell"). But the study also documented women’s very positive reactions to the possibility of this type of online service, with interviewees citing the convenience, privacy, and familiarity of one’s home as key advantages.

As Anita, a 38-year-old mother of three, said, “I wanted to stay at home with my children, and I read online there were pills now available that you can take at home if you’re quite early on. It would have been a much easier process, doing it at home, in the comfort of my own home. If they could have mailed me those pills, I could have done the abortion safely at home.”

Privacy was another concern of the study respondents, which is not surprising given the stigma around abortion and frequent protests outside abortion facilities. “Privacy was a huge thing. I just really didn’t want my business out there,” said Lorna, a 22-year-old who has three children and lives in South Dakota. “People don’t know my situation or circumstances, and plus it’s my business... I just wanted something private, convenient and personal. For sure, it would definitely be the way to go if it was an option.”

With the proliferation of online sites in the United States serving other reproductive health needs—including birth control and PrEP (to prevent HIV infection)—one wonders why abortion pills aren’t also available through these convenient, user-friendly platforms. The answer is politics.

When mifepristone (one of the two pills that make up “the abortion pill” treatment) was approved by the US Food and Drug Administration in 2000, severe restrictions were placed on its distribution. The FDA, under pressure from the anti-choice lobby, invoked a special Risk Evaluation and Mitigation Strategy—REMS—which limited access. As a result, unlike most other drugs, mifepristone is only available directly from providers who have specially registered with the US distributor, meaning you can’t just go to your doctor, get a prescription, and have it filled at the pharmacy. For the same reason, you also can’t get it from one of the many online services mentioned above (though as the women in the study found out, there are many unregistered online pharmacies that offer the pills).

While the REMS were initially applied to mifepristone under the guise of “safety concerns,” after nearly two decades of use in the United States, it is clear that mifepristone is extremely safe. In fact, the Association of Reproductive Health Professionals calls it safer than Tylenol. And the American College of Obstetricians and Gynecologists believes that the REMS is no longer necessary given the safety profile of mifepristone. But because of the power of the anti-choice lobby, the prohibition on distributing these pills through pharmacies still stands. The American Civil Liberties Union is currently challenging the application of the REMS to mifepristone on the grounds that it delays and in some cases totally impedes access to abortion, but that case could take years to resolve.

In the meantime, people in the United States are being denied convenient access to these very safe and effective pills. Given our current political climate around abortion and reproductive rights—which is likely to only get worse with the appointment of the next Supreme Court Justice—we believe the time is right to mobilize to demand better access to abortion pills. And, we call on the private sector to join us in that fight.

Numerous online birth control services have sprung into action, recognizing the market potential of mail-order delivery of oral contraceptive pills. Indeed, Nurx, one of these uber online services, just announced that Chelsea Clinton will join their board of directors.  Clinton was particularly drawn to the company’s approach to serving reproductive health care “deserts” and seemed well aware of how the private sector’s capacity to innovate could favorably impact birth control access. And Amazon has just announced its foray into the online pharmacy business. Imagine what could happen if these market forces were to successfully lobby for the REMS removal so they could include abortion pills in their mix of prescription medications. Also imagine the power of Amazon’s household name and extensive reach to bring privacy and convenience to what is currently a very stigmatized and inaccessible health care service.

Research has already shown that abortion pills can be provided safely and effectively through online services, allowing people the convenience and autonomy to manage their own reproductive health care. Let’s cut the political bullshit, harness the power of online and mail order technologies, and allow these pills to be available nationwide.

By Elisa Wells and Francine Coeytaux

Plan C's multidisciplinary team of veteran women’s health advocates, researchers, and millennial digital strategists works toward a shared vision: of a world in which the ability to end an early pregnancy is in the hands of those who need it most. We work towards this vision by publicly sharing information about these safe and effective pills; mobilizing a task force to take action in support of greater access; and laying the groundwork for putting the pills directly in the hands of women. Learn more at www.plancpills.org.

Tags: Plan C , mifepristone , abortion access , reproductive rights , Plan c team , abortion
Support Feminist Media!
During these troubling political times, independent feminist media is more vital than ever. If our bold, uncensored reporting on women’s issues is important to you, please consider making a donation of $5, $25, $50, or whatever you can afford, to protect and sustain BUST.com.
Thanks so much—we can’t spell BUST without U.