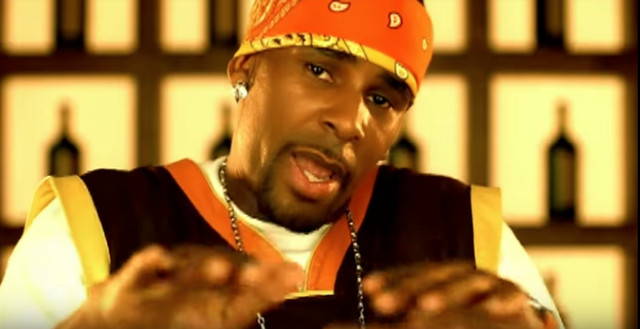 This morning, R. Kelly released a 19-minute song responding to the many, many sexual abuse allegations leveled against him over the past two decades. It’s called “I Admit,” but as usual, R. Kelly does nothing of the kind. Read more about it at Variety.

The CW is developing a Batwoman TV series for 2019 consideration. The project is being led by Caroline Dries, a former executive producer on The Vampire Diaries, and its title character will be an openly lesbian, social justice-driven superhero. If it goes through, Batwoman will be the first gay lead character of any live-action superhero series. Read more at Deadline.

In more great news for superhero lovers, television’s first transgender superhero will appear on the CW’s Supergirl. The role will be played by Nicole Maines, the 20-year-old trans activist who, in 2014, successfully sued her school district after being denied access to the girls’ restroom. The landmark case opened up doors for trans people across the country. We can’t wait to watch Nicole play a superhero on TV. She already is one in real life. Read more at The New York Times.

Despite federal court orders to promptly reunify all immigrant families who were forcibly separated at the border, the Trump administration has only managed to return a small portion of the children to their parents—and they’re now claiming that over 900 families aren’t “eligible” for reunification. Read more at Think Progress.

A shooting in a Los Angeles Trader Joe’s took the life of store manager Melyda Corado. The shooting apparently began with a “domestic dispute” between the shooter and his grandmother in their LA home. The man shot his grandmother and his girlfriend—both of whom sustained injuries but survived—before being chased by police to a Trader Joe’s, where he shot and killed Corado. Read more at Time.

A supervising attendant at a state-run institution for people with disabilities was arrested for sexually abusing an autistic woman who lives there. Now the woman’s family is suing the state for failing to protect her. According to the lawsuit, staff at the institution is “undertrained and undersupervised,” and didn’t take measures to ensure that sexual abuse can be reported—despite the fact that people with disabilities face elevated rates of sexual violence. Read more at Buzzfeed.

Shonda Rhimes Has Eight Netflix Series in the Works

Reigning queen of TV Shonda Rhimes has eight new series in the works at Netflix. The Grey’s Anatomy and Scandal executive producer is reportedly working on a documentary, several new dramas, and a comedy. We’re all living in Shondaland, we couldn’t be happier. Read more at the Hollywood Reporter.

A CVS pharmacist who refused to fill a trans woman’s prescription for hormone therapy has been fired in Arizona. The pharmacist had loudly questioned the woman about the prescription in front of other customers before flatly refusing to fill it. Read more about CVS’s response at the Independent.

Two moms were asked to “cover up” or move while breastfeeding their babies at a Minnesota pool, despite state law which allows women to breastfeed in public. They responded by returning to the pool with about 50 fellow protesters and having a “nurse-in.” Read more at The Wichita Eagle.