The Link Between Endrometriosis And Childhood Abuse 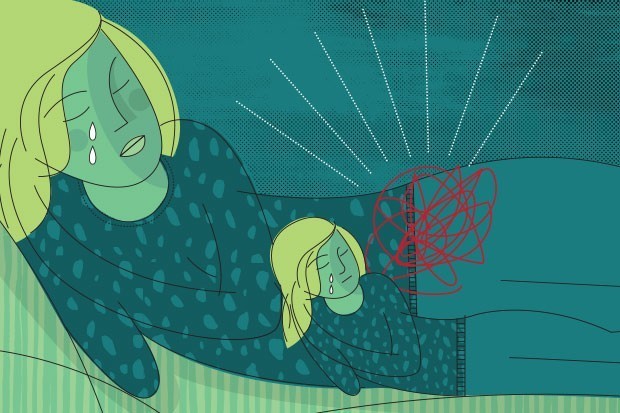 Endometriosis, a painful condition that affects one in 10 reproductive-age women in the U.S., has been linked to childhood physical and sexual abuse, according to findings published today in the journal Human Reproduction.

Epidemiologist Dr. Holly Harris of Fred Hutchinson Cancer Research Center, lead author of the study, called the association between abuse and endometriosis “particularly strong,” since women reporting severe to chronic abuse had a 79 percent higher risk of developing the condition.

“Both physical and sexual abuse were associated with endometriosis risk,” she said. “And it’s a strong association. There’s also a dose response, meaning the risk increases with increasing severity and type of abuse.”

Harris stressed that this absolutely does not mean that every woman who suffers from endometriosis—that’s about 200 million women worldwide—was physically or sexually abused as a child. Rather, it demonstrates that both abuse and endometriosis are far too common. And while this study does not prove that abuse drives endometriosis (Harris said science is still trying to figure out the exact physiological mechanism), the study does add to the growing body of evidence linking adverse childhood experiences with poor health outcomes.

“We don’t want people to think that if you have endometriosis it means you were abused,” she said. “That’s not true. But abuse in early childhood and adolescence is highly prevalent. In our study population of U.S. women, over a third of all women reported some type of abuse. If anything, this study highlights both abuse and endometriosis as prevalent conditions affecting women. It’s not just a women’s issue, though—it’s actually something that everyone should be aware of.

“We need more research and more knowledge for health care providers and for women and men, in general. Many women and men have some type of history of abuse and that can have many health impacts throughout life.” 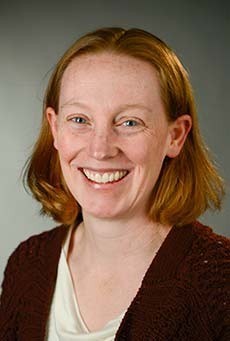 A common and painful condition

Endometriosis is a common condition that usually affects women in their 20s and 30s. Although there’s a hereditary component and a few known risk factors (starting your period early, lean body size), science hasn’t provided a clear reason as to what triggers it. The condition starts when tissue from or similar to the endometrium, which normally lines a woman’s uterus, starts growing outside of that area, attaching itself to the ovaries, fallopian tubes, bowel, bladder or other parts of the body.

The endometrium doesn’t realize it’s outside the uterus, of course, so it carries on as it always has: thickening and then breaking down, shedding and bleeding with every menstrual cycle. But while women usually expel the broken-down endometrium during their period, there’s no place for displaced endometrium to go when it’s growing outside of the uterus.

And that’s a problem. Over time, the extra tissue within the pelvic region creates cysts, scar tissue and adhesions that can lead to chronic pain, excessive bleeding, pain with sexual intercourse, pain with urination or elimination, and, for up to half of women with the condition, infertility.

“Endometriosis has a lot of consequences,” said Harris, who’s conducted a number of studies on the disease and its potential associations with diet, dietary supplements and other inflammatory conditions.

“It affects quality of life, it causes loss of work. And on average it takes around seven years from first symptoms to actual diagnosis,” said senior author Dr. Stacey Missmer of Harvard and Michigan State universities. “That’s seven years of suffering, of physicians lacking knowledge of endometriosis and not taking the pain seriously or maybe not having the correct tools for diagnosis, since there are currently no noninvasive diagnostic tests for endometriosis.”

Endometriosis research is underfunded, according to Harris, which means it’s understudied.

“The amount of money that endometriosis gets in the context of other conditions is very small, considering how common it is and its large impact,” she said. “Especially when you look at altered life goals, days of work lost, and the impact on the individual and national level.”

Harris, who has a strong interest in women’s health issues, said childhood abuse has previously been linked with chronic pelvic pain as well as uterine fibroids. According to the Centers for Disease Control and Prevention, research has also found associations between adverse childhood events (like physical and/or sexual abuse) and autoimmune disease, cancer, chronic obstructive pulmonary disease, frequent headaches, heart disease and many other physical and mental health issues.

Considering this research, as well as the associations that have been found between endometriosis and cardiovascular disease and certain subtypes of ovarian cancer, Harris said, “it was natural for our team of scientists and clinicians to ask if there was an association with abuse and endometriosis.”

Fred Hutch lead author Dr. Holly Harris emphasized that the pain is not in the women’s heads, nor is it necessarily due to an injury caused by early sexual abuse.

Rather, the pain is a physiologic response that’s driven by the stress and trauma of abuse — either sexual or physical.
“The stress response activates all these systems and causes you to be more sensitive to pain,” she said.

For their study, Harris, Missmer and colleagues from Harvard Medical School and the Harvard T.H. Chan School of Public Health in Boston, among other institutions, used data from the Nurses’ Health Study II, or NHSII. An ongoing women’s health study established in 1989, the NHSII queried nurses aged 25 to 42 about their lifestyle, demographics and disease history over the course of more than 20 years; some of the questions covered endometriosis as well as childhood, adolescent and adult abuse.

The researchers evaluated data from the study’s original cohort of 116,429 women and found 60,595 premenopausal participants who’d answered questions regarding childhood abuse. Of those, 12,699 (around 21 percent) reported having experienced some level of both child/adolescent physical and sexual abuse.

The team then began looking for an overlap between those who’d reported childhood physical and/or sexual abuse and the 3,394 women (from the same pool of 60,595) who’d received a diagnosis of endometriosis via a laparoscopically-confirmed examination or surgery, which provides the most definitive diagnosis.

They discovered a 79 percent higher risk of endometriosis for women reporting severe-chronic abuse of multiple types compared to those reporting no physical or sexual abuse. Abuse was defined as “mild” when a child was kicked, bitten, or punched or hit with something once; “moderate” if they were hit with something more than once or physically attacked once in some other way; or “severe” if they were kicked, bitten, or punched or physically attacked more than once, or choked or burned ever. Sexual abuse was defined as mild (sexual touching); moderate (forced sexual activity during either childhood or adolescence); or severe (forced sexual activity during both childhood and adolescence).

Understanding exactly what’s behind the association between child abuse and endometriosis is “the million-dollar question for all abuse discoveries,” Harris said.

But there are nuances to the data that shed a bit of light.

About one-third of women with endometriosis are diagnosed when they want to have a child but can’t. They may not be in pain but undergo an infertility evaluation to figure out what’s preventing the pregnancy and then discover they have the condition. Other times, women are unable to control the pain with standard treatments such as oral contraceptives, so they undergo a laparoscopic surgery during which they are found to have endometriosis.

“We saw stronger associations among women whose endometriosis was most likely diagnosed as a result of pain symptoms,” said Harris. “So maybe the abuse during childhood and adolescence is working through a pain pathway. We know that abuse is associated with chronic pelvic pain; potentially there’s a stress response to the trauma that activates these systems and causes you to be more sensitive to pain.”

Harris emphasized that the pain is not in the women’s heads, nor is it necessarily due to an injury caused by early sexual abuse.

Rather, the pain is a physiologic response that’s driven by the stress and trauma of abuse — either sexual or physical.

“The stress response activates all these systems and causes you to be more sensitive to pain,” she said.

Harris said more research needs to be done to explore the underlying biological mechanisms of this potential pain pathway (she hopes to do more research in the realm of diet and endometriosis symptom relief, as well), but believes this newly published study provides yet more evidence that “early life abuse has health impacts across the course of your lifetime.”

“There is building evidence for impact on multiple long-term health outcomes,” she said. “This is just one of them. That’s the larger picture.”

This piece originally appeared on FredHutch.org and is reprinted here with permission.

Diane Mapes is a staff writer at Fred Hutchinson Cancer Research Center. She has written extensively about health issues for NBC News, TODAY, CNN, MSN, Seattle Magazine and other publications. A breast cancer survivor, she blogs at doublewhammied.com and tweets @double_whammied. Email her at dmapes@fredhutch.org.