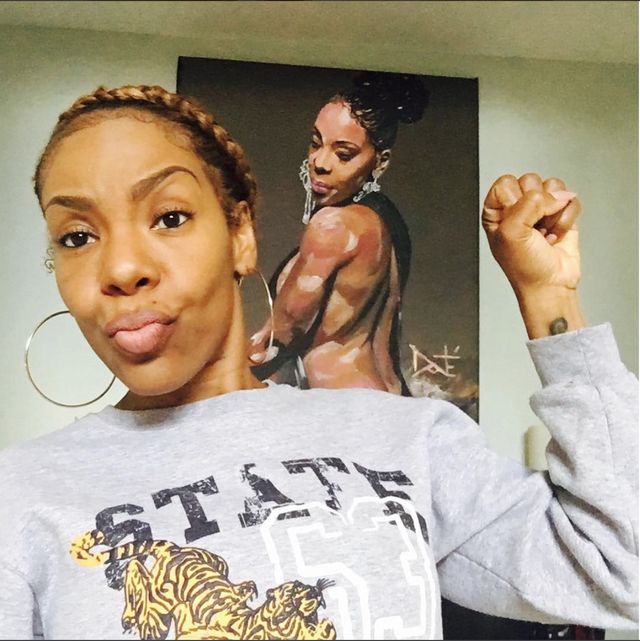 R.Kelly’s ex-wife and survivor of domestic violence Andrea Kelly is speaking out about the horrors of getting victim-shamed on social media by online critics, PEOPLE reports. In a long Instagram post, Andrea Kelly supported the numerous other women who have accused R. Kelly of abuse and spoke out against victim-shamers, saying that they are “helping the abuser accomplish their task of belittling, intimidating all the abuse they’ve put the #victim and #victims through!” Read more at PEOPLE.

The founder of Facebook has come under fire for saying that one of the world’s most popular websites will not regulate posts that deny the existence of the Holocaust because he doesn't "think they’re intentionally getting it wrong,” NPR reports. Zuckerberg has since had to clarify his statement saying that he "absolutely didn’t intend to defend the people” who deny the Holocaust. This is all a big yikes. Read more at NPR.

After President Trump ridiculed the #MeToo movement, a group of online trolls gained access to an intimate and private Facebook group that allowed for survivors of sexual assault to communicate and heal with those who understood their pain, WIRED reports. The infiltrators threatened to post the private posts of the group’s members and even contact their abusers. Now, the group has been deleted and many members are mourning their safe haven for discussion about their traumatic experiences. Read more at WIRED.

When Meghla was 13, she was set to marry a 30-year-old man she never met. Instead of obeying her family, she fought against their plans and was able to get out of the match, thanks to the help of friends and the organization World Vision, VICE reports. Now at 18, Meghla is speaking out at the EU Commission in order to advocate for other young girls that are forced into child marriages. Read more of her inspirational story at VICE.

What It’s Like to Get an Abortion in Mississippi vs. California

While it is legal to get an abortion in every state in America, a side-by-side of laws and regulations in two radically different states show that accessibility to women’s health care is far from equal across the country, the New York Times reports. This startling chart shows the difference in procedure for women seeking an abortion in Mississippi, the state with the most regulated abortion laws, and California, one of the states with the least regulations. Doctors in Mississippi are required to tell women about connections between abortions and breast cancer that have been debunked by the medical community, amongst other ridiculous requirements. Read more at the New York Times.

In an agitated video posted on her YouTube page, Barr yells about how her now-infamous racist tweet about former Obama adviser Valerie Jarrett was meant to be about the Iran deal, and that she “thought the b**** was white!” Page Six reports. In the bio of the video, her YouTube account states that “Roseanne, like always, cuts through the bullshit and gets the heart of the matter.” What?? Read more at Page Six.

Get a Look at the First Female Doctor on Doctor Who

Fans of the enormously popular Doctor Who series got their first look of Jodie Whittaker as the first female Doctor, Buzzfeed News reports. Whittaker has said that she believes that she is “stepping forward to embrace everything the Doctor stands for: hope.” We couldn’t agree more! Read the full story at Buzzfeed.

The (Damaged) Little Girl Inside The Woman

You’ve Been Asking For Our Statement On Roseanne Barr. Here It Is.