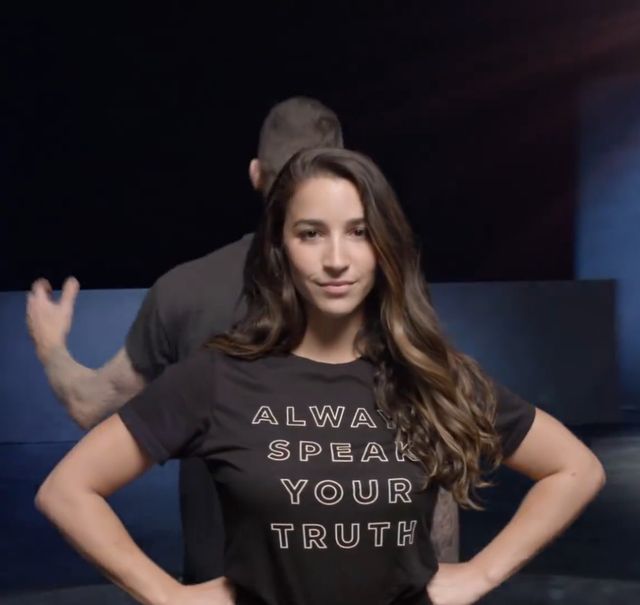 More than 140 survivors of Larry Nassar, the former Team USA doctor convicted for sexually abusing hundreds of female patients, took the stage at the ESPYs as they received, as a group, the Arthur Ashe Courage Award. Three repsentatives—gymnasts Aly Raisman and Sarah Klein and softball player Tiffany Thomas Lopez—gave speeches, speaking out about being ignored after reporting their experience.  Raisman said, “if just one adult had listened, believed and acted, the people standing before you on this stage would never have met him.” Read more at People.

New York principal Annie Seifullah lost her job after an abusive ex-boyfriend sent photos of her having sex in her home to her boss and The New York Post. She recounts her experiences in a personal essay in Jezebel.

GOP Congressman Laments Not Being Able To Call Women "Sluts"

In a 2012 episode of a self-hosted radio program that is now re-circulating, Republican Congressman Jason Lewis made a series of misogynistic comments including, “are we beyond those days where a woman can behave as a slut, but you can’t call her a slut?” Read more on CNN.

Anti-Trump internet users have manipulated Google’s algorithm to display images of Trump when one searches “idiot”. Read more on Time.

Spotify is one of the few sites that does not provide settings allowing users to block others from monitoring their activity or sending them messages. BuzzFeed shares experiences from users who struggle with unwanted attention from former harassers while using the app.

Obama Remarks "Men Have Been Getting On My Nerves Lately" (Same.)

While delivering a speech at the African Leadership Academy in Johannesburg, South Africa, Barack Obama spoke on the importance of empowering more women in the continent, saying, “Men have been getting on my nerves lately...what’s wrong with us? We’re violent, we’re bullying. Just not handling our business.” Read more on The Root.

Air Pollution In National Parks Is Almost The Same As In Major U.S Cities

A new study shows that national parks such as Yellowstone and Yosemite have shown similar ozone levels as that of 20 of the largest cities in the U.S as a result of downwind from industrial centers, CNN reports.

Kavanaugh Has One of the Clearest Records Against Roe V. Wade of Any Recent Supreme Court Nominee

Supreme Court nominee Judge Brett Kavanaugh’s career shows a record of transparency on the subject of Roe V. Wade, and one which strongly implies favor of overturning the legislation while not directly voicing an opinion. See Slate for details.

Detained Migrants Were Forced To Drink Unsanitary Food And Water