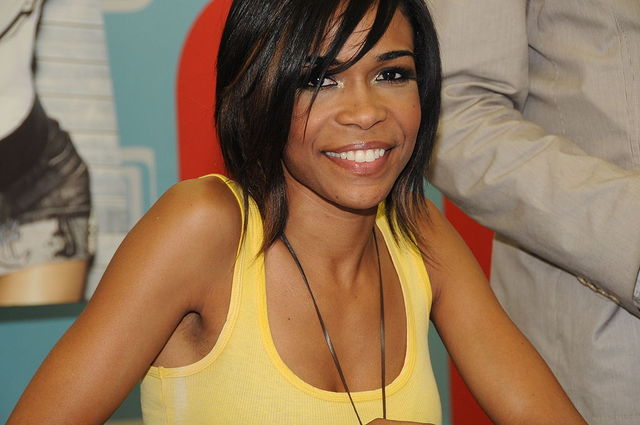 Michelle Williams has checked herself into a mental health facility for depression and shared a moving post on social media about the importance of seeking mental healthcare when you need it, writing, "Today I proudly, happily and healthily stand here as someone who will continue to always lead by example as I tirelessly advocate for the betterment of those in need." As a mental health advocate, she has previously spoken out about her struggle with depression, including during the time when she was in one of the most popular girl groups, Destiny’s Child. Former Destiny’s Child member LaTavia Roberson and rapper Missy Elliot shared messages to support Michelle. But she’s a survivor and she’s not gonna give up. Read more at the Independent.

Over 1,300 Migrant Women Say They’ve Been Sexually Assaulted by ICE

In the beginning of June, Spain swore in their first female-dominated cabinet, and they are hard at work reforming rape culture with the introduction of a law that would define rape as sex without consent; Spanish law currently requires rape to involve violence and intimidation to be called rape. “Yes means yes” laws go further than “no means no” laws, and the new law means that unless there is an explicit “yes,” it will count as rape. Similar legislation was introduced in Sweden in the beginning of July. Check out more from The Guardian.

George Delgado did a study involving 754 patients between 2012 and 2016 who called a hotline after taking Mifepristone, the first pill in the two-step medical abortion. The women were then given progesterone, and 257 of 500 went on to have live births. However, this does not prove much, because they hadn’t completed the abortion pill’s second stop. It is also unclear if the women knew that they receiving an experimental treatment. Read more from Jezebel.

It has been four years since Eric Garner was strangled to death by the police on a New York sidewalk. The officer who murdered Garner, Daniel Panteleo, had 18 allegations of abuse and misconduct in 14 separate incidents prior to what happened with Garner. He is still an employed police officer earning a six-figure salary, but justice might finally be on its way because the case is being handed over to the Civilian Complaint Review Board. Read more at The Root.

Organizers have raised $300,00 to build a memorial for journalist, civil rights advocate, and suffragist Ida B. Wells. The memorial would sit half a mile from Well’s home in Bronzeville, which was an important hub for Chicago’s black community during the Great Migration. Well’s great-granddaughter, Michelle Duster, is behind the movement and wants to add more positive stories to the narrative of black women. Find out more at The Root.

Cher And Meryl Streep Kiss On The Red Carpet For Mamma Mia! Here We Go Again

Fans are going crazy after the Cher-Streep friendship was sealed with a kiss. The two both have a long history of being matriarchs for the film industry, and are now co-stars of the sequel to Mamma Mia!. See the kiss in TIME.

Harry Styles spotted a fan's sign saying “I’m gonna come out to my parents because of you!!!” He stopped the show to ask what her mom’s name is and shouted, “Tina, she’s gay!” Her mom was currently waiting at their hotel and when Tina showed her mom the video, she replied, “yes I do love you and you can be whoever you want.” See the video at Seventeen.

Why Beyonce's #Beychella Performance Is So Important

Tags: Michelle Williams , ICE , Consent , Eric Garner , Ida B. Wells , Putin , Wall Street , Charging Bull , Black Panther , Shuri , Meryl Streep , Cher , Mama Mia , Harry Styles
Support Feminist Media!
During these troubling political times, independent feminist media is more vital than ever. If our bold, uncensored reporting on women’s issues is important to you, please consider making a donation of $5, $25, $50, or whatever you can afford, to protect and sustain BUST.com.
Thanks so much—we can’t spell BUST without U.