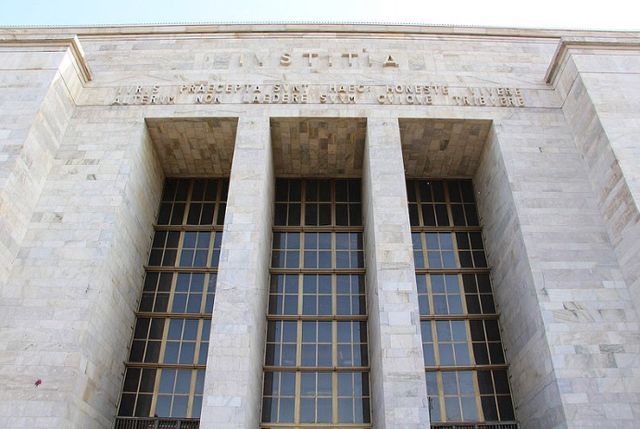 Over a year ago, two men in Italy were given a three-year sentence for raping a woman in 2009. Now, Italy’s highest court is granting the criminals a retrial based on new information that the survivor had been drinking during a meal prior to the assault. The Guardian writes that “the court of cassation has ordered a retrial in order to revise the sentence, saying that even though the defendants took advantage of the woman’s drunken state in order to have forced sex with her, aggravating circumstances were not applicable because she had voluntarily consumed alcohol.” Read The Guardian’s full story here.

A study conducted by the nonprofit organization Freedom for Immigrants found over 800 instances of hate crimes and abusive language in 34 different immigration detention centers since Trump’s inauguration in January 2017. One man shared that when he tried to report an incident, an official said, “You have no rights. You are immigrants.” Read more on the Daily Beast.

In a new lawsuit, MGM Resorts International claimed no responsibility for the injuries and deaths from last October’s mass shooting in Las Vegas, and said that their security followed protocol. The company has sued hundreds of the shooting’s victims, insisting that any litigation filed against MGM be dismissed. Read more in the New York Daily News.

Finland’s largest newspaper, Helsingin Sandomat, has posted over 200 billboards along the routes Trump and Putin will be taking from the airport to their summit. The billboards each feature headlines from some of Trump’s most memorable moments fighting freedom of the press, including “Trump furious over leaks and blames media for complicating meeting with Putin” and “Media-critiquing Trump has changed the meaning of fake news.” The signs are written in English and in Russian. Read more on ABC News.

Today, the New York Times reported that at least 85 hospitals in rural areas have shut down since 2010. While this is dangerous for all Americans, the shutdowns notably impact pregnant women who are forced to drive up to a hundred miles away for obstetric care. Check out the story in the New York Times.

Two weeks ago, ten black Washington University students were stopped by the Clayton, MO police while heading home from an IHOP. The police accused the students of not paying for their meals, even though some of the students had receipts on hand. The police made the group walk back to the restaurant, trailed by six squad cars, where the manager confirmed that the students had, in fact, paid for their food. Read the story on the Root.

Swimwear model Mara Martin walked Sunday night’s 2018 Sports Illustrated Swim Search runway—all while breastfeeding her daughter, dressed in a bikini of her own. “I’m so grateful to be able to share this message and hopefully normalize breastfeeding, and also show others that women can do it all,” Martin wrote on Instagram. Read more on USA Today.

Following her role in Mamma Mia! Here We Go Again, Cher will be releasing an album full of Abba cover songs. The singer, who covered “Fernando” in the film, told the Today Show that after the movie, she “thought it would be fun to do an album of Abba songs, so I did!” There isn’t much other info available yet, but you check out Cher’s Today Show interview here, and listen to her Abba cover from the Mamma Mia! soundtrack below.

MTV’s 2018 Video Music Award nominees were announced yesterday, and Cardi B received a total of 10 nominations for titles including Video of the Year, Song of the Year, and Artist of the Year. Other ladies topping the nomination list include Beyoncé, Ariana Grande, and Camila Cabello. Check out the full list on Variety.