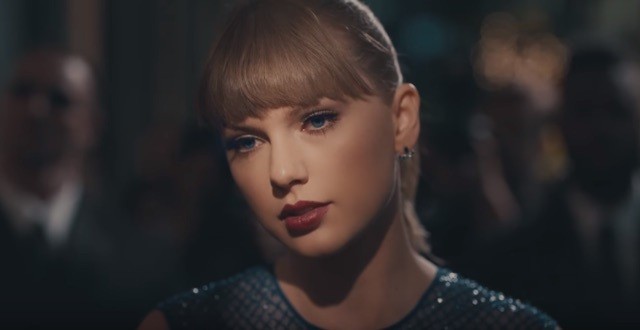 Last August, DJ David Mueller was found guilty of groping Taylor Swift’s bare butt at an event in Denver (in case you don't remember, he was fired for groping her, then sued her for "costing him his job"; Swift countersued for sexual assault and won, and Mueller was ordered to pay $1 in symbolic damages). Today, in a creepy, sexist interview, Mueller told RadarOnline that he now feels like he’s "imprisoned." “Now I’m afraid to even talk to women. I don’t even go near women,” he said. “I was always the gentleman. I would always say, ‘Hey, watch your language, there’s a lady here,’ and then I get accused of this.” It’s also worth adding that even after his very public trial, Mueller was hired at another radio station within the same year. You can read the full interview here.

In a piece for Variety, writer Alexia Norton Jones came forward about mogul Russell Simmons raping her after a date in 1990; over a dozen women have now accused Simmons of sexual assault. “I must have said no seven to 10 times, and then I acquiesced,” Jones wrote. “I would have kept quiet forever. What made me come forward is his denials of violence toward other women.” Simmons released a statement denying Jones’ story. You can read her powerful statement in Variety.

Now that Brett Kavanaugh is officially Trump’s Supreme Court pick, Democrats have been pushing to slow the nomination process. Senate Minority Leader Chuck Schumer said that Democrats will be demanding “access and time” to look into Kavanaugh’s documents from his tenure working in George W. Bush’s White House. “Judge Kavanaugh’s papers may be critical to helping the American people understand the kind of jurist that Judge Kavanaugh would be on the Supreme Court. And if that makes us take a little more time, so be it,” Schumer said. Read more on Politico.

Yesterday, New York gubernatorial candidate Cynthia Nixon attended a pro-choice rally in Union Square and told the story of her mother’s illegal abortion—all while holding a coat hanger. “A wire hanger is something that women in this country were driven to use out of fear and desperation, performing abortions on themselves, often with devastating effects,” Nixon tweeted. “We must never go back to a time when any woman feels that she has to make this kind of a choice.” Nixon previously talked about her mother’s experience in a 2009 interview with CNN, which you can read here. Check out the full story on Elle.

Gyllenhaal and the American Civil Liberties Union teamed up with a group of celebrities including Lena Waithe, Amy Schumer, and Julia Louis-Dreyfus to tell the story of Mirian, a woman fleeing Honduras and seeking asylum in the U.S. Mirian was separated from her 18-month-old son. Learn more about how to help on the ACLU’s website, and watch the video below:

Journalist Alisa Roth visited five jails—four in major U.S. cities, and one in rural Oklahoma—to research conditions and healthcare options for mentally ill inmates.“Most of [the correctional officers] have not had much training in dealing with mental illness, or they’ve had none at all,” she said, despite the fact that nearly half of the inmates in American prisons are living with mental illness. Read the full interview with Roth on NPR.

New York is excited about Ocasio-Cortez—so excited, in fact, that she won a primary in the Bronx’s neighboring 15thCongressional District. “While I am honored that so many Bronxites are excited about our campaign, I will remain the Dem nominee for NY-14,” she tweeted. Read more on CBS News.