Serena Williams Opens Up About Working Mom Guilt, Gets Support from Chrissy Teigen And Twitter 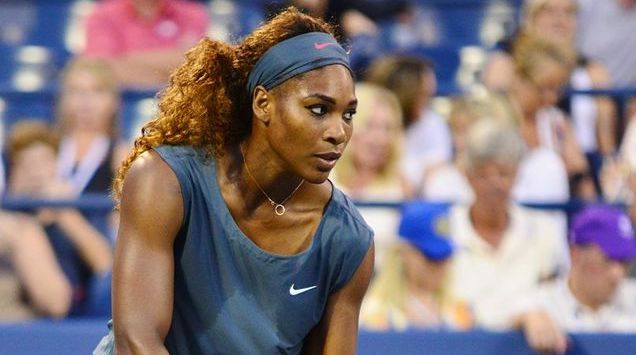 Serena Williams, all-star tennis player and mom to a 10-month-old daughter, has spoken out on Twitter about one of the major challenges that working moms experience: missing their children’s milestones, the Washington Post reports.

In a tweet, the tennis star stated that she missed her daughter Olympia’s first steps because she was training. What followed was a mass wave of other working mothers showing their support for Williams and encouraging her that even though she missed a moment, she is still a fantastic mother.

Williams, who is currently competing in Wimbledon for the first time since giving birth, tweeted on Saturday that her daughter “took her first steps…I was training and I missed it. I cried.”

Mothers poured in with their support, including Chrissy Teigen, who said that Olympia was “practicing so you could see the real ones.”

Twitter user Jo Saxton replied, saying, “Your strength and love has brought her to this moment. You may not have seen it this time, but you were there.”

Another Twitter user, Jenn Kalamatas, replied with support in the struggles of working mothers, saying, “Being a working Mom is a constant struggle of two worlds…being professionally fulfilled in your career and the guilt/longing of what you’re missing at home.” However, Kalamatas stressed to the GOAT tennis player that, “You’re setting a great example for your daughter at the end of the day.”

Williams, who is as much of an activist as she is a tennis player, has spoken out about many topics related to motherhood, including the necessity of healthcare for birthing mothers and newborn babies across the world, and the discrimination against parents who take leave after their child is born.

This also is not the first time that Serena has also spoken about the negative sides of parenting. Williams stated in her January Vogue cover story that “No one talks about the low moments—the pressure you feel, the incredible letdown every time you hear the baby cry.”

These conversations that are starting because of the openness of moms like Serena Williams demonstrate that we are moving into a new era of parenting where discussing your problems is less taboo. Williams has stated that what she hopes people remember about her after she retires are the efforts she puts in “off the court with my philanthropy, trying to inspire, help and motivate people” instead of just her tennis skills. By sparking conversations like this one, she is set to achieve another one of her goals as a working mom.

“Tully” Shows A Side Of Motherhood We Don’t Often See