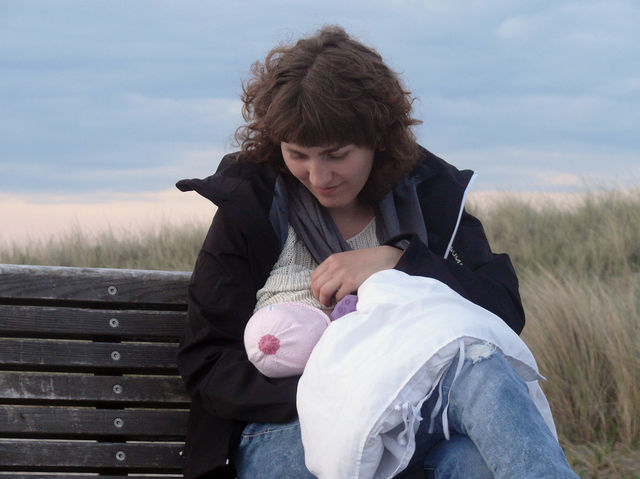 The UN was expected to pass a resolution that would require countries to provide accurate information about the benefits of breastfeeding, and to limit the inaccuracy of marketing for formula and other substitutes. In another attack on women and children, the US opposed this resolution and blackmailed smaller countries into opposing it as well. Check out the full story from The New York Times.

After a federal court ordered the Trump administration to reunite families, officials are scrambling because many records have been lost or destroyed and are turning to DNA testing. Some immigrant advocates are concerned that this DNA testing will allow the government to track undocumented immigrants indefinitely. Read more from The New York Times.

Many people have been in panic mode since Justice Kennedy announced his retirement at the perfect time for Trump to pick a new Supreme Court Justice before the midterm elections. Hold on tight, because by 9pm we will be able to continue our panic but with even more information. See more at Jezebel.

Miss Massachusetts, Maude Gorman—an outspoken survivor of sexual assault—has tendered her resignation following an off-script #MeToo joke during a recent pageant. She says she will no longer compete in pageants, but she will continue to fight for survivors. Read the full story at the Boston Globe.

Iranian activist Maedeh Hojabri has been arrested after posting a video to Instagram of her dancing alone in her bedroom without wearing a hijab. Several other teenage girls have been arrested for similar acts; it is illegal to be in public without a hijab. Read the full story at the Guardian.

Nikki Columbus had been offered a curator position for MoMA PS1, but while negotiating her start date and schedule, she mentioned that she had recently given birth. She was then told that they could no longer offer her the position, which has caused her to raise a human rights violation case against MoMA. Check out the rest from The New York Times.

NYPD Covered Up Sexual Harassment In The Workplace

After speaking out about being sexually harassed by a lieutenant, Jasmia Inserillo was forced to lose a month of pay and to enter a three-month outpatient rehab program, even though she had no record of alcoholism. The accused, Lieutenant Margolis, lost 10 vacation days and was transferred to a different precinct. Read more at ThinkProgress.

Trans Actors Speak Out About Their Exclusion From Hollywood

In the aftermath of Scarlett Johansson being cast as a trans man, trans actors are speaking out about the discrimination they face in Hollywood casting. There are so few representations of trans folk in television and movies, and when the time finally comes for a trans character, the character is often played by a cis actor. Read more of what trans actors have to say\ at The Guardian.

More than 200 people were arrested at inauguration protests in 2016. Federal prosecutors have moved to drop the remaining 38 charges due to the results of the other trials, and the discovery that prosecutors had withheld evidence which would have been favorable to the protesters. Read more from The Hill.