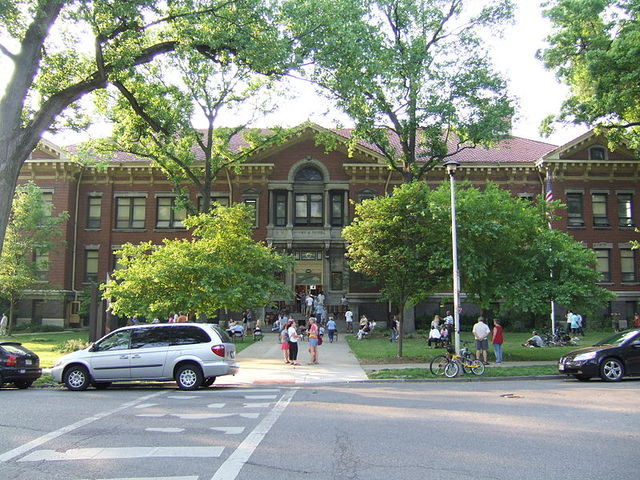 A recent bill in the Ohio House of Representatives would require school workers, psychologists, and social workers to tell parents if their child is trans, or else risk being charged with a felony, The Daily Dot reports.

Bill 658, introduced by Republican Reps. Tom Brinkman and Rep. Paul Zeltwanger, says parents have the right to decide whether they want their minor child to undergo treatment or to transition. If passed, it would grant parents the rights to withhold “treatment or activities that are designed and intended to form a child’s conception of sex and gender,” in the words of the bill. The use of broad language is intentionally used so that therapists, teachers and other consultants may be prosecuted for so much as answering questions about gender identity or using a child’s chosen name and pronouns.

Furthermore, the bill would require that before any “treatment” begins, the “written, informed consent of each of the child’s parents and the child’s guardian or custodian” be obtained, thereby legally forcing therapists and teachers to out the child to their parents. The bill poses an aggressive threat to gender identity and if passed would leave children vulnerable to psychological trauma and lack of access to treatment.

According to WOSU media, Ohio’s leading advocacy group Equality Ohio made a statement calling the bill “ridiculous and unenforceable.” Grant Stancliff of Equality Ohio says the bill’s requirement that teachers and other counselors write to parents alerting them if their child expresses behaviour that doesn’t align with their biological gender has confusing psychological repercussions. “If a girl wants to enroll in shop class, is that something where she’s going to get a letter sent home?” Stancliff says. “If Billy doesn’t want to play football, does he get a letter sent home? Not only does it mess with this kind of access to health care, but it creates these weird kind of policing of behaviors.”

We Still Don't Know Where The Detained Migrant Girls Are

Tags: trans rights , LGBTQ rights , Ohio
Support Feminist Media!
During these troubling political times, independent feminist media is more vital than ever. If our bold, uncensored reporting on women’s issues is important to you, please consider making a donation of $5, $25, $50, or whatever you can afford, to protect and sustain BUST.com.
Thanks so much—we can’t spell BUST without U.