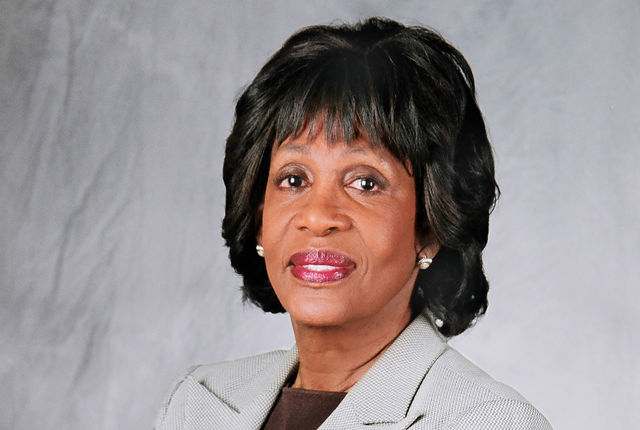 Rep. Maxine Waters responded to a tweet from Donald Trump in which he criticized her for encouraging people to harm his supporters by calling for public protest of his Cabinet members. Waters remarked on Monday, “Protest is civility. Protest is about peaceful resistance to the kinds of actions we are experiencing.” Read more at CNN.

A former graphic designer for Pixar gives an account of her sex-based mistreatment at the company, including open sexism and harassment from former chief creative officer John Lasseter. Read more at Variety.

A Look At #MeToo, Months Into the Movement

The New York Times published a series of accounts of celebrities and civilians who were among the first in the #MeToo movement to share their stories of sexual abuse. In a series of profiles, they speak out about how coming forward about their experiences has affected their lives.

House Minority Leader Nancy Pelosi spoke out on Wednesday about Alexandria Ocasio-Cortez’s defeat of House Democrat Joe Crowley, saying that the win doesn’t reflect a referendum on the Democratic Party or a challenge to her own leadership. Ocasio-Cortez responded, "I think that we’re in the middle of a movement in this country. I feel this movement, but that movement is going to happen from the bottom up. That movement is going to come from voters." Read more at Jezebel.

20-year-old James Alex Fields Jr. has been convicted as the driver who drove into a crowd protesting a white supremacist rally in Charlottesville last year, killing counterprotestor Heather Heyer. Fields Jr. has been charged with 28 counts of hate crimes, The Washington Post reports.

College Campuses Are Seeing an Increase in White Supremacist Propaganda

The New York Times shared a study that white supremacist groups are increasingly using college campuses to disperse propaganda, with schools seeing a 77% increase in reportage of incidents.

New York Is Suing The Trump Administration For Separating Families At THe Border: Link Roundup