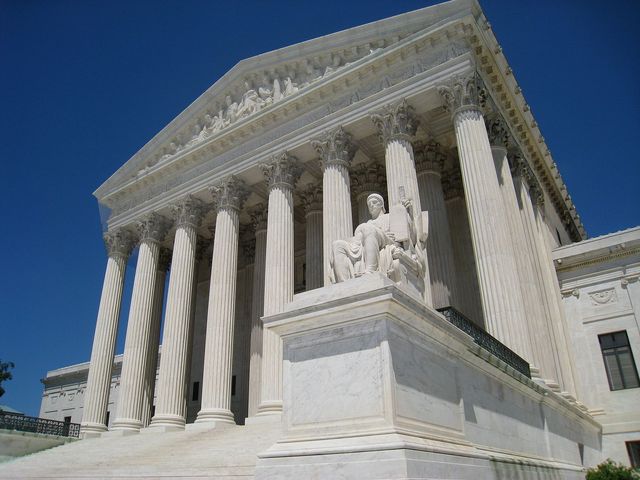 The Supreme Court made three decisions yesterday and this morning, and we’re not happy about any of them.

• Also this morning, SCOTUS ruled that “crisis pregnancy centers” that oppose abortion no longer have to provide women with information about abortions because it violates their right to free speech. So much for equal access to healthcare information. Read more at The New York Times.

• And finally in news of Supreme Court rulings from hrom hell, last night, the court ruled on gerrymandering decisions in Texas and North Carolina, meaning that minority voters will be at a disadvantage in the fall midterm elections. Read more at CNN.

In somewhat happier news, the Academy of Motion Picture Arts and Sciences has given invitations to its 2018 class, of which 49% are women and 38% are people of color. If all of the invitees accept, the Academy would now be composed of 31% women and 16% people of color, showing how far the group that decides the Oscars still needs to go in order to better represent all movie-goers. Read more at The Hollywood Reporter.

Marriott Workers Get Ready to Fight for Protection on the Job

Workers from housekeepers to waitresses are expected to protest outside of Marriotts tomorrow in favor of more protection while working and better wages. Hotel staff can be neglected in terms of working conditions, as they can be prone to injuries while on the job and be victims of sexual harassment or even violence. Read more at Buzzfeed.

This morning, Terry Crews, star of Brooklyn Nine-Nine, testified in the Senate Judiciary Committee today in support of the Sexual Assault Survivors’ Bill of Rights, which designates a code of conduct for dealing with crimes of sexual assault. Crews spoke about his own assault experience, toxic masculinity, and what men can do to help eradicate sexual harassment, assault, and rape culture. Read more at Variety.

Sue Bird, basketball star of the Seattle Storm and Megan Rapinoe, soccer player for Seattle Reign and the US National team, are the first same sex couple to be featured on the cover of ESPN’s Body Issue. Both athletes have been outspoken about the necessity of LGBTQ representation in sports, with Bird stating that she hoped in the future that it would not be a big deal to have a same-sex couple on a magazine, saying their cover was “the first step in that direction.” Read more at The Washington Post.

Sean Spicer Is Working On A Talk Show, Because Apparently That’s What We Need Right Now

Spicer, the infamous crash and burn former White House press secretary, is currently working on a pilot for a talk show. The show will reportedly be called “Sean Spicer’s Common Ground” and will include Spicer interviewing famous guests about today’s news or random thoughts. We couldn't make this stuff up. Read more at CBS News.