Maxine Waters Says She “Has No Sympathy” For Trump Administration Members Complaining About Being Confronted In Public: Link Roundup 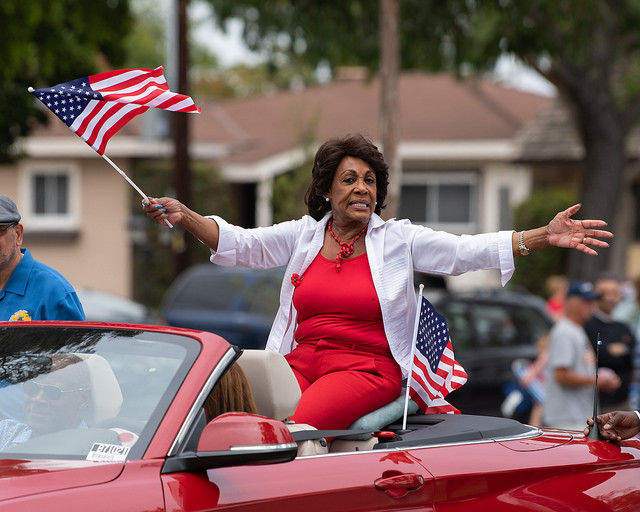 At an immigration rally in Los Angeles on Saturday, Maxine Waters gave a speech urging people to continue to kick members of the Trump administration out of restauraunts and other businesses. Waters said, “I have no sympathy for these people that are in this administration who know it is wrong what they’re doing on so many fronts but they tend to not want to confront this president.” Read more at Jezebel.

In other shocking news, Sarah Huckabee Sanders acted unethically when she tweeted about Red Hen restaurant asking her to leave because of her involvement with the Trump administration. Former director of the Office Of Government Ethics, Walter Shaub, said that it is illegal for Sanders to have used her public government platform as a means to condemn a private business for personal reasons. Check out his full commenets from The Hill.

Trump hosted what he refers to as “angel families” and "permanently separated families"—families who have lost loved ones due to crime— at an event in an attempt to divert outrage about the separation of migrant families. He also falsely asserted that immigrants are a more dangerous population than American citizens. Get the full story at CNN.

Trump Offers To Reunite Families—If They Agree To Deportation

Trump continues to be pure evil by offering migrant families to either continue to fight to remain in the U.S. while separated, or to get reunited but be forced to leave. The Department of Homeland Security insists that they are not pressuring parents to withdraw asylum claims—but choosing between pursuing asylum or ever seeing your children again is an extremely high pressure, and unreasonably cruel, scenario. Read more at Vox.

US Open To Adopt Better Policies For New Moms

Serena Williams dropped from No. 1 to No. 453 due to her 13-month maternity leave. This sparked an important conversation about the unfair policies in place for women returning from maternity leave. Read more from the Washington Post.

On Sunday morning, hundreds of people gathered and chanted “free the children” outside of the “tent city” in Tornillo, Texas. Texas Rep. Joaquin Castro called the tent city “a monument to the failure of the federal government." Get the full story at CBS.

In a bit of good news, the driving ban on women in Saudia Arabia is officially over—and the government put in place a law against sexual harassment, involving up to 5 years in prison, in an attempt to protect Saudi women in their new found freedoms. However, pro-driving activists are still facing jail time. Find out more at NPR.

Arizona is one of six states in the US where it is legal for a pharmacist to refuse to fill contraceptive related prescriptions if it interferes with their beliefs. It is called a “pharmacist conscience clause” and if you live in one of those states, it is time to demand change. Read more at BuzzFeed.

Alison Ettel, who is now known across the internet as “Permit Patty,” attempted to call the police on her neighbor Jordan Rogers, an 8-year-old black girl, for selling water outside of her house in order to raise money and go to Disneyland. A Twitter user purchased 4 tickets to Disneyland for Rogers' family. Read more at NBC.

Janelle Monáe Once Again Kills It With Her Fashion

Janelle Monáe wore a ruffled rainbow dress to the BET awards on Sunday night to celebrate Pride month. She has previously said, “Being a queer black woman in America, someone who has been in relationships with both men and women—I consider myself to be a free-ass motherfucker." See her amazing dress in the Hollywood Reporter.

Janelle Monáe Comes Out As Queer

Tags: Maxine Waters , Sarah Huckabee Sanders , Donald Trump , Immigration , Permit Patty , Janelle Monae
Support Feminist Media!
During these troubling political times, independent feminist media is more vital than ever. If our bold, uncensored reporting on women’s issues is important to you, please consider making a donation of $5, $25, $50, or whatever you can afford, to protect and sustain BUST.com.
Thanks so much—we can’t spell BUST without U.