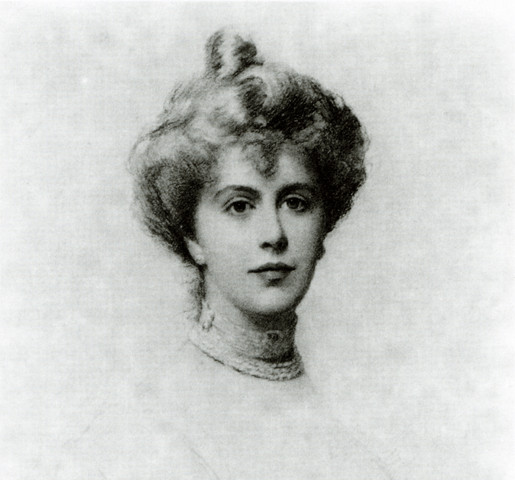 Alice Keppel grew up in obscurity, relative to the English nobility—meaning she spent her childhood frolicking in the grounds of her family home, a Scottish castle (naturally).

Born in 1868, Alice was one of nine children (because boy, could those Victorians breed!). She was the daughter of the 4th Baronet Edmonstone, so she was pretty much at the bottom of the nobility pecking order.

But relative lack of status aside, Alice was an extraordinary young woman: beautiful, with smarts and a wicked sense of humour to match, she was, to be blunt, a catch.

So unsurprisingly, Alice was snapped up almost as soon as she entered the marriage market. She married soldier George Keppel when she was just 23. 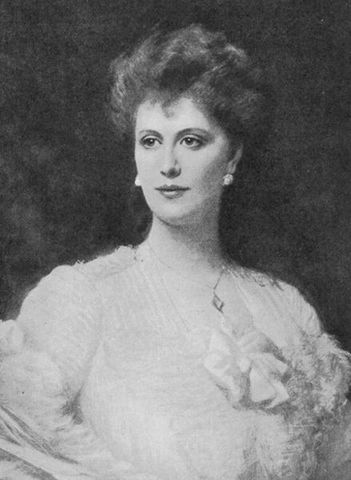 I mean, Alice Keppel looks like the dictionary definition of elegance

But sadly, Alice and George's newlywed bubble quickly burst when they realized they were totally broke.

Well, kind of broke. They had servants, just way fewer servants than their friends—which in Alice and George’s minds, meant they were as good as broke.

Appearances had to be maintained, and after assessing their finances, Alice declared there was only one option: She would have to take a wealthy lover.

It might surprise you to know that George was totally on board! See, George and Alice essentially had an open relationship: they loved each deeply, but they also had lovers on the side. Now admittedly, this side piece would be based on cash rather than lust, but it wasn’t such a huge step out of the norm for the couple.

So, while Alice was out romancing rich men, George would be out courting his own side pieces. Sure, it may not have been a fairy tale, but it worked for them.

Soon enough, thanks to Alice’s hustling, the Keppels were far better off than they ever had been. Still though, they weren’t as rich as they’d like…

And then Alice met a prince.

And you know the Keppels were diving straight for that rich AF D.

Edward, Prince of Wales (Bertie to his friends) was heir to the English throne. But until that crown was on his head, he was intent on having some fun.

He was a heavy smoker and drinker, and with a 48-inch waist, you know he loved some good food. Bertie was also a serial womanizer, and despite having a wife at home, he had so many notches in his bedposts that they were basically kindling.

Now 29, Alice immediately entranced Bertie. Over 25 years her senior, the prince was immediately captivated with Alice's beauty, wit, and incomparable charisma. And in no time at all, Prince Bertie was following Alice around like a lost puppy. 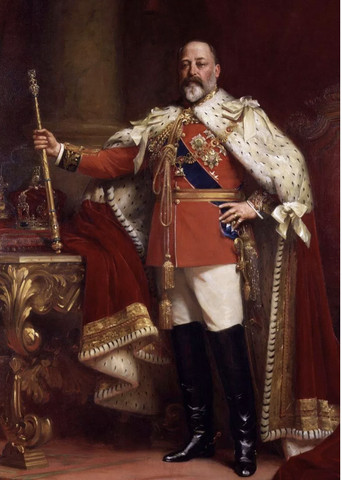 Bertie in all his regal and corpulent glory

Now, if Bertie thought he was in control, he was wrong. Alice was determined that she wouldn’t be another notch on his bedpost, picked up, used and immediately abandoned.

So, Alice and her husband worked together on both ensnaring the Prince AND creating a long-term sustainable income from the relationship.

The plan paid off: with both Keppels working to get Alice the mistress spot, any competition was knocked back.

Alice mastered the tightrope line of royal mistress-ing, working out how to manage Bertie’s many mood swings, all while appearing vivacious and deeply in love.

The prince fell hard and (believing he had control) arranged a cushy and veeery well paid job for husband George, to ensure he remained out of the house and that Alice was free to be no. 1 mistress.

Seriously, let's take a moment to appreciate the cunning teamwork of Alice and George

Between the lavish gifts the price gave Alice and George's new stupidly well-paid job, the Keppels were now extremely rich.

Not only that, but Alice had also become the leading beacon in fine society. She hosted grand parties, and she was renowned for her wit and kind nature. Alice’s daughter later compared her mother to "a Christmas tree laden with presents for everyone."

But Alice’s lights started to get a little dimmer when Bertie actually became king in 1901.

Unlike other kings of the past, Bertie had been banned from giving his no. 1 mistress any form of pension or monetary gain—after all, that was taxpayers' money, and they probably didn’t want their hard-earned cash splashed on the king’s lover!

With their income sources drying up, things weren’t looking so bright for the Keppels.

Like, STILL shit tons of servants, but ya know, in the Keppels' minds...

The other big issue was that Alice didn’t want to end her relationship with Bertie. She’d caught feelings.

Alice still loved her husband, but she also loved the new king. There was no way she could let either man go.

So, she maintained her royal mistress position, working out a way to get around the lack of income by picking up shares and bonds from Bertie (in addition to husband George’s well-paid job).

Alice then further cemented herself as Official Royal Mistress by making herself indispensable. It was often only she who could get around Bertie’s many, many moods and convince him to actually do his job as king; which he naturally did with Alice by his side.

This actually helped endear Alice to Bertie’s wife, Queen Alexandra. Though the two didn’t become friends (hey, Alice was sleeping with Alex’s husband!), they did become something like allies. 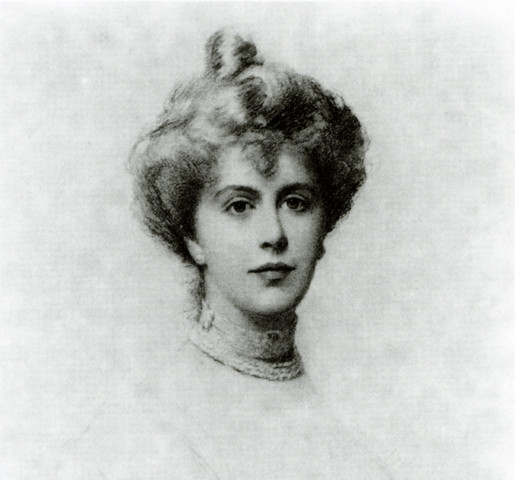 With the wife onside and her influence undeniable, Alice was officially immovable as Royal Mistress.

As the King lay on his deathbed, Alice ran to be at his side.

This turned out not to be a great move on Alice’s part. The appearance of her husband’s mistress at his deathbed pressed on Queen Alexandra’s now (understandably) fraught nerves. What made this all the worse, was when Bertie turned to his wife, and commended her to

This proved to be the last straw for Alexandra and she immediately commended for Alice to leave. This didn’t go down well, with a hysterical Alice crying as she was dragged away from her lover:

"I never did any harm, there was nothing wrong between us! What is to become of me?"

Bertie died on May 6, 1910; after his death, Alice was duly thrown out of court.

No matter your feelings on the relationship, you have to admit, this is just heartbreaking!

Alice was allowed to attend the funeral, but only through a side exit.

Her royal love gone, Alice returned home to her husband George. And the couple picked up where they left off.

Together they used their (now piles of) cash to travel the world, going on adventure after adventure with each other.

When Edward VIII abdicated the throne in 1936 to marry Wallis Simpson, Alice emerged out of a gorgeous French villa just long enough to roll her eyes and say, "It was done better in my day."

Oh you thought just because she'd been shamed and kicked outta court, Alice would be quiet? Pffft, please.

You see, Alice may have been the last official royal mistress, but her legacy of mistress-ing wasn’t quite over.

Alice’s granddaughter ALSO became involved with a Prince of Wales. This affair with the heir to the throne became both notorious and era-changing; in fact, you might have heard her name before…

This was interesting, where can I find out more? I‘d suggest checking out Alice Keppel and Agnes Keyser: Edward VII’s Last Loves by Raymond Lamont Brown; it looks at the life of Alice and another of Edward’s mistresses, Agnes Keyser, because hey, equal mistress-ing opportunities for all.

The Rival Queens Of Sydney's Gangland

Moms Mabley Was The Trailblazing Dirty Granny Of Standup Comedy