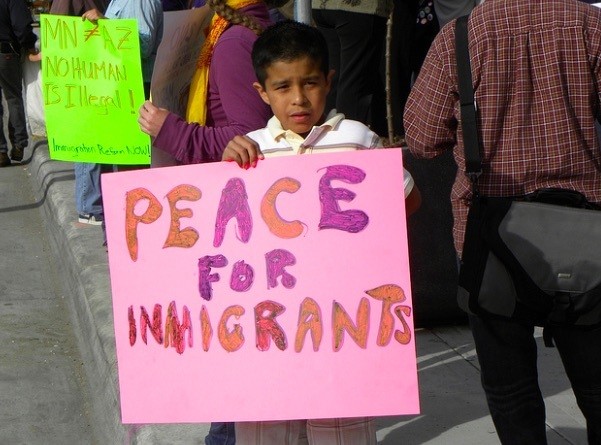 Today, New York Representative Jerrold Nadler is introducing the Keep Families Together Act, the companion to a Senate bill calling to end the separation of migrant families. Like the Senate’s bill, this one also mandates that border control officials complete child welfare training and that the Department of Homeland Security put measures into place to reunite separated families. A new idea the bill introduces, though, is that prosecutors must delay taking action against immigrants seeking asylum. Nadler told TIME that “what the bill says in effect is that if someone allegedly enters the country illegally and claims asylum, the prosecution and therefore the arrest for the misdemeanor of the illegal entry cannot be pursued while the political asylum claim is being pursued.” Though the bill had 100 co-sponsors as of yesterday, it still needs Republican support to advance. Read TIME’s full story here.

Following Senator Dianne Feinstein’s comments that the shelters for migrant children resembled concentration camps in Nazi Germany, Jeff Sessions told Fox News that the comparison was “a real exaggeration.” He added that “in Nazi Germany, they were keeping the Jews from leaving the country.” The Washington Post wrote that even Fox News host Laura Ingraham seemed alarmed by Sessions’ rebuttal. Read CNN’s coverage here.

Study Shows One In Five At U.K. Music Festivals Are Sexually Assaulted or Harassed

According to a recent YouGov study, one in five attendees at music festivals (and two in five female attendees under age 40) experience sexual assault and/or harassment at U.K. events including Reading and Leeds, Glastonbury Festival, and Bestival. “We know that the vast amount of harassment and sexual assault is not reported and we know this comes down to stigma, fear of not being believed and a minimization of what harassment is,” said Jen Calleja of Good Night Out, an initiative that works to fight harassment in nightlife. Read more on The Guardian.

Yesterday, the Supreme Court turned two major gerrymandering cases—one involving Republicans in Wisconsin, and one involving Democrats in Maryland—back to lower courts. In an article for NBC News, Eric J. Segall outlined why this might not necessarily be bad news, and what steps could be taken to end redistricting.

Today is Juneteenth—an annual festival celebrating emancipation. Check out the history and importance of the celebration on Slate, and if you want ideas on how to celebrate, you can find some on Juneteenth’s website.