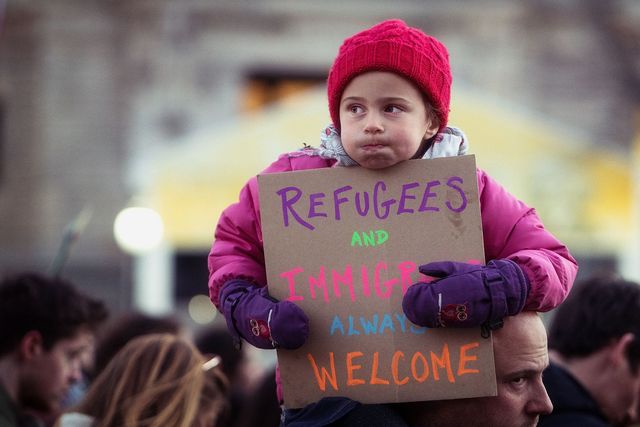 A recording of children’s voices from inside a U.S. Customs and Border Protection Facility has been released and it is heartbreaking. In the recording, you can hear the wails of ten children, ranging from ages 4 to 10, who have been taken from their parents at the border, ProPublica reports. The children are crying for their parents, screaming “Mami” and “Papà” while a border agent jokes that they sound like an orchestra.

Over the screams of the other children, one 6-year-old girl pleads with consular representatives to let her call her aunt who lives in the U.S. She frantically repeats her aunt’s phone number, hoping that someone will help her. The other children can be heard saying that they want to leave too.

ProPublica spoke to the aunt, who said that she was devastated because she could not help her niece. She is currently in a vulnerable situation because she is seeking asylum with her 9-year-old daughter and fears that taking action in her niece’s case will hurt her chances of gaining asylum. She is able to speak with her niece and her sister, who is in a separate immigration detention facility, but says that her niece and sister have no means of communicating with each other.

The recording was made by an unnamed client who realized the horrors that were taking place inside the facility and gave the sound clip to civil rights attorney Jennifer Harbury.

While horrifying and devastating, this recording needs to be listened to by as many people as possible. People need to hear the cries of these children so that they can understand the cruelty and inhumanity of the Trump Administration and fight back to bring them, and the other 2,300 children just like them, back to their parents.

Listen to ProPublica's clip below.

Tags: Trump , immigration , children , families
Support Feminist Media! During these troubling political times, independent feminist media is more vital than ever. If our bold, uncensored reporting on women’s issues is important to you, please consider making a donation of $5, $25, $50, or whatever you can afford, to protect and sustain BUST.com. Thanks so much—we can’t spell BUST without U.