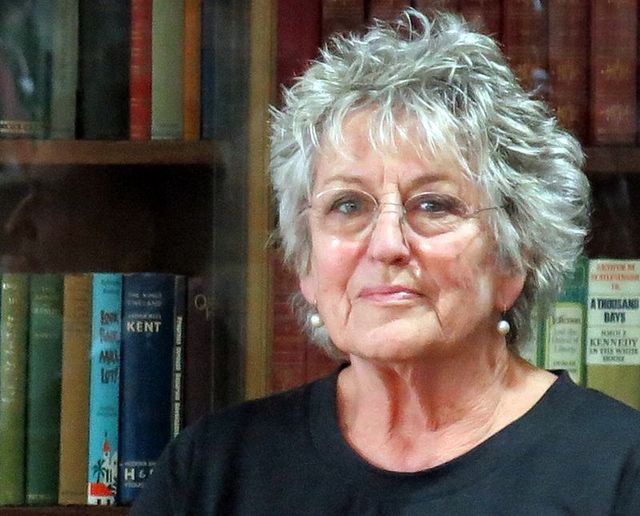 "Feminist" academic Germaine Greer made the news again recently for yet another of her controversial theories, this time surrounding rape.

Speaking at the Hay literary festival late last month, Greer argued that the legal system cannot cope with the “rampant numbers of rape cases,” and that offenders should serve a reduced sentence of around 200 hours community service, as well as having an “r” tattooed on their hand, arm or cheek. Dystopia much?

If, like me, you happened to come across the speech, there is a good chance you found her language and her ideas triggering (a word Greer herself would most probably laugh at). As Rachel Almeida, spokesperson for independent charity Victim Support, told the London Evening Standard, “Obtuse comments that downplay women’s experience of rape are not only wrong but can be upsetting and distressing for many survivors.”

While improving conviction rates is obviously desired—because yes, survivors do deserve justice—suggesting community service for rape is atrocious. Survivors of rape are forced to watch their rapists walk away time and time again, and Greer’s solution is to have them serve no time whatsoever? I think not.

Perhaps most sickening was reading Greer’s stance on PTSD. She brought to question a statistic that said 70 percent of rape survivors live with PTSD, compared to 20 percent of conflict veterans.

“What the hell are you saying?” she asked. “Something that leaves no sign, no injury, no nothing [sic] is more damaging than seeing your best friend blown up by an IED is to a veteran?”

You know what? I’m thrilled Greer did not experience PTSD after her own rape, but in no world does she get to diagnose and invalidate those of us who are still living with the nightmares and flashbacks. While we rape survivors do not wish to invalidate veterans for their own trauma, is it impossible that we cannot both experience the ramifications of trauma, albeit from different sources? Speaking from my own experience, nothing has been more damaging to me than the abuse of my body at the hands of my rapists. It would appear that Greer has no, or at least very limited, knowledge of PTSD. Many survivors of rape carry the signs and injuries within us every day, and they are gargantuan. We experience flashbacks, disordered sleeping, dissociation, anger, feelings of powerlessness, and depression, to name but a few. Then there’s vaginismus: an involuntary spasm of the muscles in and around the vagina stemming from a psychological response that makes penetration uncomfortable, painful or even impossible.

What Greer needs to learn is that everyone reacts differently to situations and that her experience is not the only one to exist, nor is it the most common. The above statistics speak for themselves in this regard. This is not new information. German researchers actually discovered a third of women raped during World War II had PTSD symptoms nearly 70 years later.

During her talk, Greer also claimed that a “narrative of victimising women” meant they “wanted to believe they were badly hurt.” Honestly, I call absolute bullshit! What possible reason could we want to suffer? What we do want is a legal system that trusts and believes women when they come forward. We want justice and we want the shame and stigma surrounding rape to end. The simple fact that so many of us do not call ourselves “victims” but instead “survivors” of rape is surely an indicator of how strong we actually are.

Greer was open about her own rape at the age of 19, but rejects the possibility that women, and indeed men, might experience a different reaction to the trauma they endured. She said,  “Most rape is just lazy, just careless, insensitive. Every time a man rolls over on his exhausted wife and insists on enjoying his conjugal rights he is raping her. It will never end up in a court of law. Instead of thinking of rape as a spectacularly violent crime, and some rapes are, think about it as non consensual … that is bad sex. Sex where there is no communication, no tenderness, no mention of love.”

Speaking for myself, I can say that being raped was not “bad sex,” as she put it. Forcing a person to engage in penetration will always be an act of violence and control. No, I was not raped by a stranger in a dark alleyway, as is expected of rape cases. No, I was not beaten or physically harmed, which according to Greer is the only real definition of rape, but I was forced into sex without my consent and I have been changed emotionally, mentally and physically because of it. Remember that vaginismus I mentioned before? Could you get more physical than that?

Greer claims that non-consensual sex is “just sex without communication, without tenderness or mention of love,” as if women should simply accept this display of violence, as if we should not be in control of our own bodies, as if we are disposable objects men can pick up and use, again and again, at their own convenience. This is not a black and white situation and by normalising rape, by asking women to accept rape as merely “bad sex” is teaching men that we are nothing more than objects—sex dolls, if you will. When you take away a woman’s right to choose if she wants to engage in sexual activity, that is violence. When you force her into sex, that is control. Stop making this about desire, about a man’s “right” to sex. Rape has never been about desire and men are very capable of controlling their sexual urges, just as women are.

While many people have deemed Greer’s opinions to be nothing more than a publicity stunt, there will always be a few who support this kind of behaviour. To those, I say this: Greer’s comments haven’t added anything positive to a debate that, in 2018, shouldn’t even exist. She hasn’t found a new way to prevent rape or challenge those who commit such crimes. She has instead demonised women, humiliated us and caused a fuckload of anger in our community. Simply put, this is an attack on women.

Greer’s “feminism” is not the kind we should get behind and I urge feminists to step forward and continue to reject such damaging and archaic attitudes. We’ve got this!

More Than "Me Too" What Will It Take For You To Hear Us?