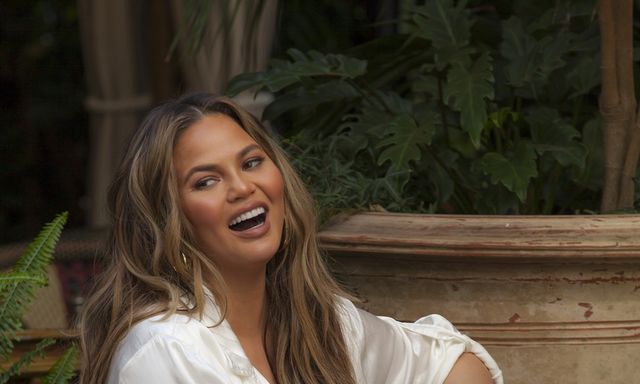 Once again being the celebrity family of our dreams, Chrissy Teigen and John Legend pledged $72,000 for each of their four family members to the ACLU in honor of President Trump’s 72nd birthday yesterday. The model, chef and host of Lip Sync Battle posted a note on Twitter stating that she and her Grammy-award winning husband were motivated to act after learning about the “horror stories” of immigrant parents and children being separated at the border, People reports. 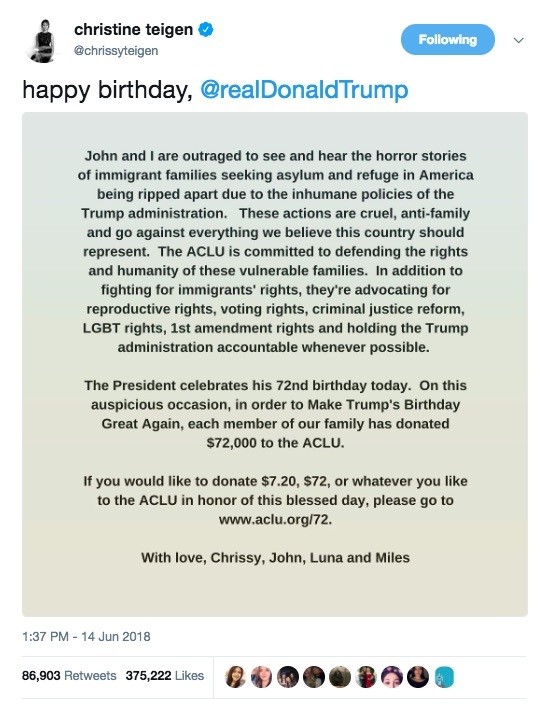 Calling out the “inhumane policies of the Trump administration,” Teigen announced on her Twitter that she and her family—Teigen, Legend, and their children Luna and Miles—were donating $72,00 each (amounting to a total of $288,000) to the ACLU, an organization she called “committed to defending the rights and humanity of these vulnerable [immigrant] families.”

Teigen also stated in her announcement that she hopes to inspire others to make donations to the ACLU to celebrate the president’s 72nd birthday. Teigen encouraged anyone who would like to support the cause to give $7.20, $72 or whatever amount they can afford to the ACLU at www.aclu.org/72.

Teigen jokingly referred to her family’s donation as a way to “Make Trump’s Birthday Great Again.” One can only hope that their donation inspires others to do the same, helping the ACLU combat the Trump administration’s horrific actions at every turn.