Jamie Foxx Accused Of Hitting A Woman In The Face With His Penis, Which His Lawyers Insist Does Not Count As Sexual Assault: Link Roundup 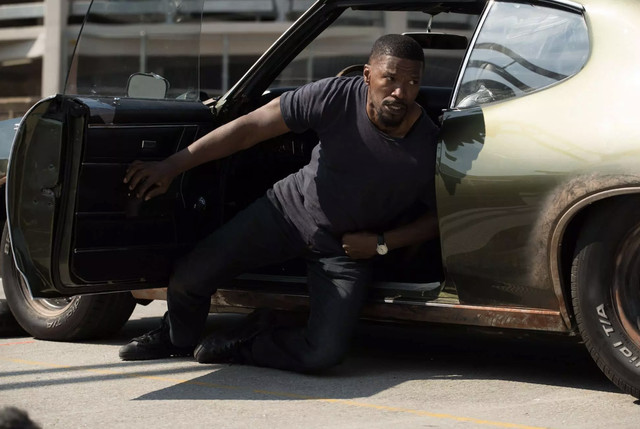 Jamie Foxx was recently accused of hitting a woman in the face with his penis in 2002. His lawyers are arguing that it does not count as sexual assault because it occured in Nevada, where the legal definition of sexual assault is limited to “penetration.” Read more at BuzzFeed.

Chloe Dykstra wrote an essay entitled “Rose Colored Glasses: A Confession” about her ex-boyfriend putting her through long-term abuse and career blacklisting. Although she did not name him in her essay, the timing and several key details all point to Chris Hardwick, host of AMC's the Walking Dead after-shows and Comedy Central's @Midnight. Read the whole story at The Wrap.

Andrew Medina, the 39-year-old security guard who faced backlash for not confronting the Parkland shooter, had previously been accused of sexually harassing female students, including Parkland shooting victim Meadow Pollack. Before the shooting, school district had completed an investigation into his inappropriate behavior with female students and slapped his wrist with a brief suspension. He still works for the district, and the victim’s family spoke out about it. Read more about how gross he is at BuzzFeed.

Attempt To Make Upskirt Illegal In The UK Blocked

A movement in the UK to make taking photos/videos aimed up people’s skirts was blocked by conservative MP Christopher Chope. Find out more about the bill and the woman who spearheaded it from the BBC.

Yesterday, “Families Belong Together” protests and rallies took place across the country to say “No More” to parents and children being separated at the US-Mexico border. Democrats are working on legislation that would stop the practice of separating families, but in the meantime, people took to the streets to voice their outrage of the current policies. Read more from Vox.

The New York Times just published an exposé about women facing discrimination in the workplace for being pregnant. For low-wage jobs, women are often forced to either risk their job or their safety when heavy-lifting or other physically taxing tasks are involved. In corporate settings, pregnancy discrimination can be more subtle, such as being left out of client meetings, being slighted at bonus season, and being passed over for promotions. Read more about the discrimination of pregnant women at the New York Times.

Her Body and Other Parties Is Becoming A TV Series

Finally a bit of uplifting news: Carmen Maria Machado’s queer, feminist book of horror stories, Her Body and Other Parties, is becoming a TV series thanks to Imagine Television. The president of Imagine Television, Samie Kim Falvey, said the series will “undoubtedly be a force in the conversation about gender.” We can’t wait to watch! Find out more about the series from Jezebel.