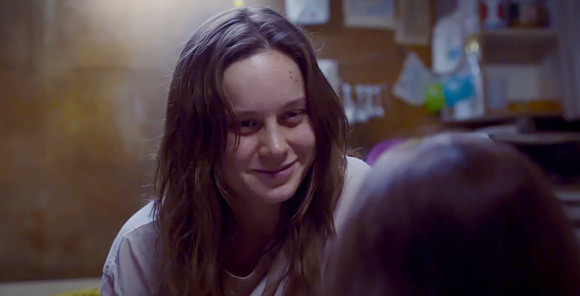 Last night at the Women in Film Crystal + Lucy Awards, Brie Larson spoke out about a need for more prominent film critics who aren’t just white men. “I don’t need a 40-year-old white dude to tell me what didn’t work about A Wrinkle in Time. It wasn’t made for him,” she said. “I want to know what it meant to women of color, biracial women, to teen women of color…If you make a movie that is a love letter to women of color, there is an insanely low chance a woman of color will have a chance to see your movie and review your movie.” Larson added that, according to USC’s Annenberg Inclusion Initiative, 80% of critics who reviewed 2017’s top films were male. Check out more of her comments on Vulture.

Yesterday, a group of journalists toured Casa Padre, the Walmart-turned-facility for migrant children separated from their families. Tom Llamas, an ABC News anchor, wrote, “Imagine being 10 years old, separated from your mother or father, not understanding why, and being taken to a hulking, windowless building filled with 1,500 other kids you’ve never met.” Though Llamas said “the kids we saw, for the most part, looked content,” he also noted that this was a scheduled media tour and the journalists were not allowed to speak with any of the children. MSNBC correspondent Jacob Soboroff also added that the children are “incarcerated,” and  that the building houses a super-creepy mural of Trump in front of an American flag. Read more in New York magazine.

Undocumented Immigrant Says Authorities Took Her Daughter While She Was Breastfeeding

On Tuesday, an undocumented immigrant told an attorney with the Texas Civil Rights Project that she was breastfeeding her daughter in a detention center when federal officers tried to take her child away. “When she resisted, she said that was when they put handcuffs on her,” said the attorney, Natalia Cornelio. Read the story on CNN.

In much better news, London Breed won yesterday’s San Francisco mayoral election, making her the second woman to have ever held the position and the first woman of color. Breed, who plans to fight for affordable transportation options and combat segregation within the city’s public schools, said that she hopes her win sends a message to kids like herself who grew up poor. “Never let your circumstances determine your outcome,” she said. Read more on NBC.

Recently, the TV star met with Trump about granting clemency to Alice Johnson, who was given a life sentence for a nonviolent offense in 1996. A week after her release, Johnson met Kardashian West for the first time, and the pair spoke to Today about Johnson’s case and prison reform. “I think to some people it might seem like, ‘Okay, Kim made a phone call to the president, showed up,’” Kardashian West said. “We had been in talks and working on this for seven months. It wasn’t an instant thing. It was a lot of work.” Watch the interview and read more on Today.

Tiffany Haddish On Roseanne Barr: “Why’d You All Give Her a TV Show?”

In a Hollywood Reporter interview, Tiffany Haddish said that she met Roseanne Barr in the early 2000s and the comedian refused to speak with her. “I loved Roseanne,” she explained, and said that she approached Barr and told her how much she loved her comedy. Barr made a disgusted face, she said, and turned away. Haddish also added that she was with a friend who “looks white” and that Barr was friendly to her. “This was 2000, maybe 2001, so it’s not new,” she said. “She ben racist, why’d you all give her a TV show?” Read The Hollywood Reporter’s full interview here.

Kim Kardashian Convinced Trump To Do Something Good, To Everyone's Surprise