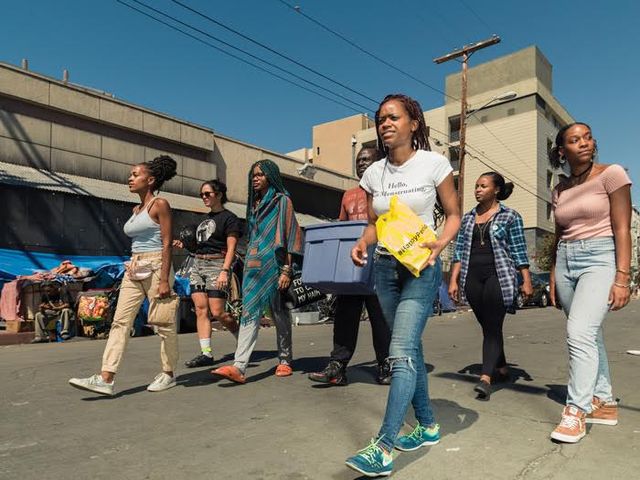 Having your period is a miserable experience—but if you’re homeless, it’s even worse. Since 2015, Chelsea VonChaz has been fighting to change that. After seeing a homeless woman bleeding on the side of a road in downtown L.A.—and learning that shelters hardly ever receive pads or tampons as donations—VonChaz started #HappyPeriod, a non-profit that mobilizes volunteers and provides hygiene products to people who need them.

Once a month or so, #HappyPeriod chapters across the country collect donations and assemble small yellow care packages (with pads, tampons, underwear, soap, and panty liners), which volunteers deliver to shelters and vulnerable communities on the street (13,000 packages in 10 cities so far!). “There’s a lot of charity work, but nobody wants to deal with periods,” VonChaz says. “We’re bringing a positive narrative to menstruation as a whole.” Get involved at hashtaghappyperiod.org.

Chelsea VonChaz and her volunteers, photo by Darnell Wilburn

"Period: Twelve Voices Tell The Bloody Truth" Shows Why We Need To Talk About Menstruation