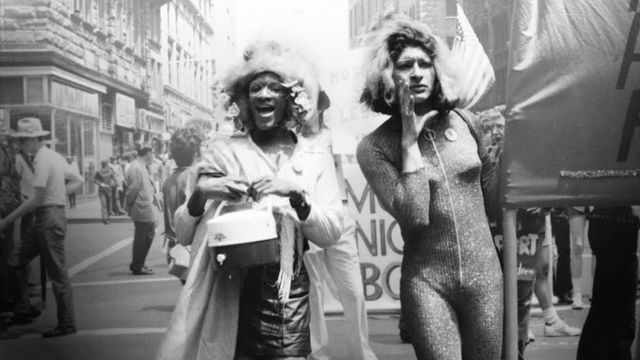 It is commonly known that Pride started with the 1969 Stonewall Inn Riots against police brutality. What is often left out of this narrative, including in the film reenactment, is that it was spearheaded by two transgender sex workers of color—Marsha P. Johnson and Sylvia Rivera. According to the Global Network for Sex Work Projects (NSWP), the Stonewall Inn was commonly raided by the police because it was a notorious hangout for sex workers, trans people of color and other marginalized people.

Marsha P. Johnson was among the first people to resist the police that night, and Sylvia Rivera is credited with having thrown the first brick at the police. Rivera later recalled, “Letting loose, fighting back, was the only way to get across to straight society and the cops that we weren’t going to take their fucking bullshit anymore.”

This initial Stonewall riot ignited people across New York City and became several nights of rioting against police brutality. One year after the riots, the first gay pride parades were held. By two years after the riots, there were gay rights groups in every major U.S. city. 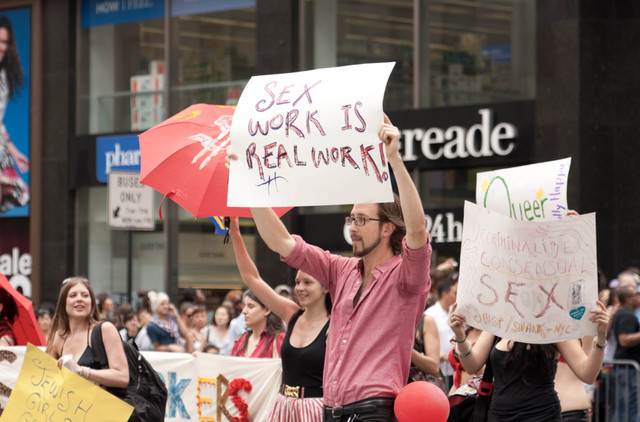 Although she had spearheaded of the movement, Rivera had to fight to speak during a 1973 pride rally because, as Melinda Chateauvert writes in her book Sex Workers Unite, “The crowd did not want to hear from a transgender sex worker.” You can view footage of Rivera being booed while trying to speak stage at a Pride rally in New York City here:

Following the riot, Johnson and Rivera co-founded the organization Street Transvestite Action Revolutionaries (STAR) in 1970, which was a group dedicated to helping homeless young drag queens and trans women of color. Both of their lives were dedicated to fighting for equal rights through any means necessary.

Rivera and other sex workers joined Gay Liberation Front (GLF) in an attempt to create a coalition of leftist queer folk. GLF fought for the sexual revolution and an anti-capitalist agenda to combat violence and discrimination against the LGBTQ community. 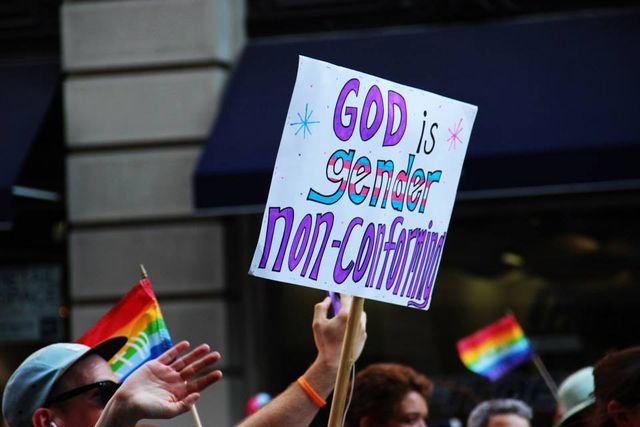 The original message behind pride has become diluted in recent years with a much more capitalist agenda coming to the forefront. As The Establishment writes, major corporations that create products with the rainbow flag make it easy for people to show support, but does not actually enact change. The Guardian writes that many queer people have decided not to attend the Pride parade in San Fransisco because many of their main sponsers, such as Facebook, Google, Uber and Lyft, are part of the tech industry, which is a huge player in income inequality. Isa Noyala, a transgender Latina activist, told The Guardian, "It's ironic to walk alongside tech companies that have displaced us."

There has also been upset over Pride parades using major banks, such as Well's Fargo, because they have a history of investing in private prisons that incarcerate LGBTQ and persons of color at higher rates. According to the National Transgender Discrimination Survey, 16% of transgender adults have been in a prison or jail for any reason, while only 2.7% of adults in the general population have ever been to prison, and 10.2% of adults have been under any type of criminal supervision or probation.

The Chicagoist points out the additional hypocrisy of alcohol companies frequently sponsoring Pride events  since over 30% of the LGBTQ community struggles with drugs and alcohol addiction. This rate is three times higher than the general population. They also point out that in Chicago, the amount of corporate floats greatly outweighed the floats of LGBTQ groups. Writer and activitist Kollaritsch told The Chicagoist, "Pride has become a very heterosexual spectacle nowadays. It's not about the roots of why Pride was started, and it's not about the people who started it anymore, the [trans and queer people] who took it to the streets and made this a thing." 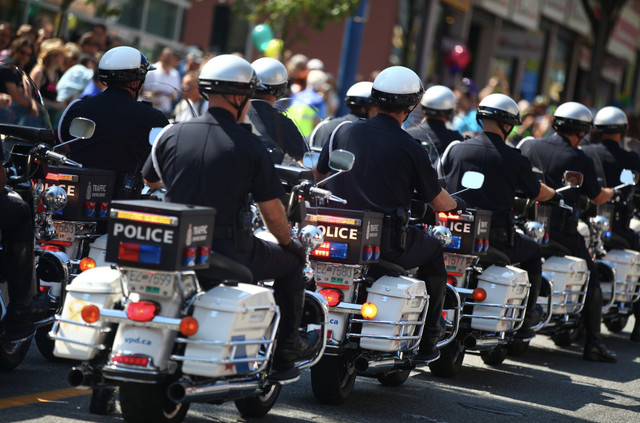 The contested involvement of police in Pride Parades courtesy of Flickr Creative Commons.

Activists have long been trying to link the LGBTQ movement to sex worker activism due to the demand for sexual privacy. However, having access to a private space is a privilege that reinforces class differences. In Prostitution Papers, Kate Millet writes, “Prostitution, homosexuality, and abortion [are] three instances where the law infringed upon sexual freedom.” Bringing issues together to form umbrella groups for activism is often essential in creating the space for change, as well-known trans activist Julia Serano wrote in her book Outspoken. 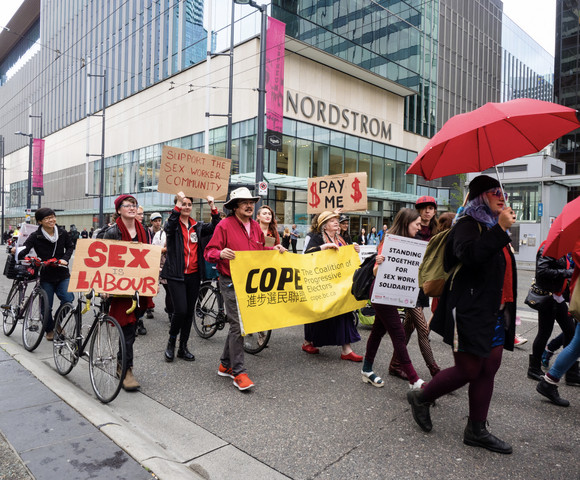 So, go ahead and have fun at Pride surrounded by LGBTQ icons and friends, but don’t forget to include, support, and thank sex workers. Pride is an act of resistance just as much as it is a celebration of our identities.

Top Image: From Netflix documentary The Death and Life of Marsha P. Johnson

Celebrating The Life And Legacy Of Marsha P. Johnson, Badass Of Stonewall