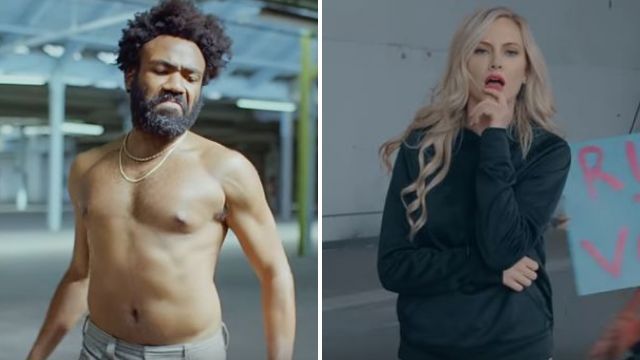 As I watched Nicole Arbour’s “Women’s Edit” of Childish Gambino's “This is America,” one question repeatedly occurred to me…

“Why is she doing this?”

Even after I watched the video, the question still lingered. Throughout her video, Arbour’s message focused primarily on issues women face today. However, she conveyed a much larger message to the audience: the problems inherent in white feminism.

After Childish Gambino’s (aka Donald Glover) music video “This Is America” was released, critics swarmed him with praise for his artistic yet political statements on America’s most controversial issues. Glover managed to not only create a catchy tune just in time for summer, he also showcased the extensive cruelty suffered by black people in America. The video for “This Is America” was an expression of America’s chaotic past and its disastrous effects on the present. And Glover offered an insightful perspective on the many topics he touched on.

With her "Women's Edit," Nicole Arbour, however, managed to singlehandedly erase everything Glover established and draw attention to an issue that wasn’t even on the radar (at the moment anyway): that of disregarding the harm done to women of color and focusing solely on the issues an average white woman has. There were plenty of other topics Arbour could’ve touched on but didn’t. Today, black women have to worry about being pulled over and killed by police officers. Or consider all the Native American women who have vanished just over the past few years. Or the human trafficking of girls throughout the U.S. Breastfeeding, aging and trying to shatter the glass ceiling in the workplace are hardly the biggest issues right now for most women of color.

This is classic “white feminism,” which refers to the ignorance white women have concerning issues related to people of color. We as a society see this happen by neglecting to discuss the ways in which the words of a white woman can be disruptive to women of color. For instance, there was Lena Dunham’s defense of her former colleague, Murray Miller, after he was accused of sexual assault by actress Aurora Perrineau. Dunham is a self-proclaimed feminist as well as an extremely wealthy woman, and Perrineau is a black woman with a much lower profile than Dunham. Dunham’s ignorant response was seen as a hypocritical and disrespectful tactic to brush off a black woman. Another instance would be Rose McGowan very nonchalantly tweeting that being called a woman is as bad as being called the n-word...because that’s apparently not offensive to the people who are women and also black.

So why is this such a problem for us?

Whether or not Nicole Arbour had good intentions, her way of spreading her message was utterly ignorant, to say the least. For starters, Arbour discredited the magnificent and purposeful work of an artist by appropriating his work. As an African-American woman myself, this was something I did not appreciate, because I know firsthand that black people already have to work twice as hard as the average white person to get even half the recognition. White people have a distinct privilege in this country, whether it’s that teenage white boys are 21 times less likely to be shot and killed by police than teenage black boys, or that white students are 78% more likely to be accepted to a university than equally qualified black students. Even for me, going to college is a tremendous accomplishment, whereas some of my peers take it for granted. So obviously, whatever it is that we, as black people, do is a big deal for us because we’ve fought to overcome statistics to be recognized for something positive.

But appropriating black culture—or even other cultures—is something a lot of white women do. Just look at Katy Perry, who has appropriated both Japanese and black culture. Instead of anger, I feel more curiosity as to what American culture represents to Americans, and why there is a trend of copying others. While we are notorious for being the land of the free, there are still some of us who do not accept the actual people behind the cultures. Perry’s actions were just a slap in the face, because she chose to acknowledge only a certain aspect of a specific culture by imitating them, and not even involving the people within that culture. 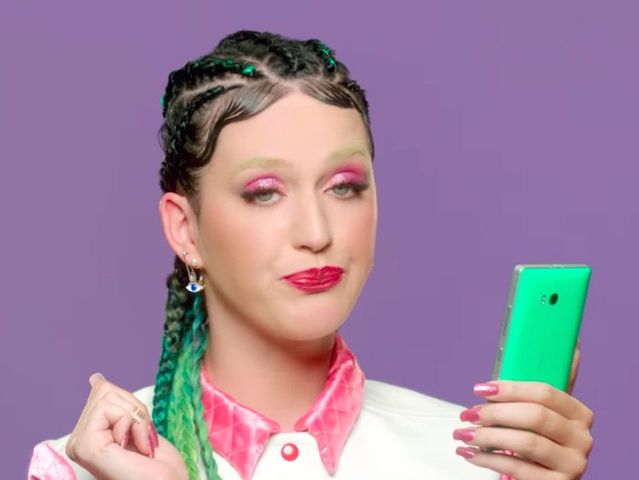 Katy Perry, "This Is How We Do" video

Nicole Arbour is not the first white woman to step on the toes of a person of color, but she is adding to the problem. She could’ve used this opportunity to discuss injustices faced by African American, Native American, or Latina/Hispanic American women rather than just her own.

When confronted with the backlash, Arbour was initially defensive, but eventually she disabled all comments to prevent further discussion. This inability to discuss why her video was such an infuriating topic for some is also another common aspect of white feminism. By not discussing the main issue at stake and instead becoming self-justifying and stubborn to any opinion different from her own, she revealed herself to be another person who is unable to discuss racial issues. Even through a video apology captured by TMZ, Arbour seemed anything but genuine or affected by the feelings of others about her appropriating Glover’s work to focus on her own issues. It reminded me of Lena Dunham’s and Rose McGowan’s apologies. Both were issued virtually, but did the backlash actually have an impact on these women? Did they actually change their mindsets for the better? It’s hard to tell nowadays, even though so many people share their thoughts and feelings via social media.When it all comes down to it, how do you know if they are actually affected? For Arbour, all she had to do was say “Sorry!” and move on with the rest of her night. She’d gotten her spotlight, even if itt had to be through a poor execution of someone else’s spectacular piece of art.

Arbour may think the responses of others to be cruel or downright annoying. Maybe she believes we should just “get over it” as so many other people in her exact position have told us to do. Or perhaps she truly cares about how she is being portrayed and would like to clarify that she does not think less of other races. In either scenario, it does not change the fact that she put her heart and soul into a cringeworthy cover video fully displaying her white feminism all over the internet and sloppily offered an insincere apology.

Nicole Arbour will not be the last white feminist to cross our screens, and she’ll most likely continue to do it, since she doesn’t consider her behavior harmful. And if on several occasions, a woman with so much privilege sees no wrongdoing in her actions even after they provoke audiences of particular demographics, then we have a much larger issue on hand. But then again, should we really expect much? This is America, after all.

this post originally appeared on filmgirlfilm.com and is reprinted here with permission

Film Girl Festival was founded by Andrea Thompson, who became inspired when people in the local film community and Hollywood insiders alike started having in-depth discussions of the obstacles and disparate treatment women in the industry continue to endure. As the festival grew, Andrea decided to rename it the Film Girl Film Festival to foster partnerships across the worldwide community while featuring and supporting the Milwaukee arts scene.

White Women Are Part Of White Supremacy, And We Need To Talk About That

How To Talk About Racism, Sexism And Bigotry With Your Family

Arrisa Robinson is currently a third year student studying English with a focus on Media, Cinema and Digital Studies at UW Milwaukee with a minor in Film Studies. She comes from the awesome city of St. Louis, MO from a big family and has an even bigger passion for anything film and video related! If you can’t find her, she's probably hiking somewhere with her camera or re-watching Moana for the a zillionth time.