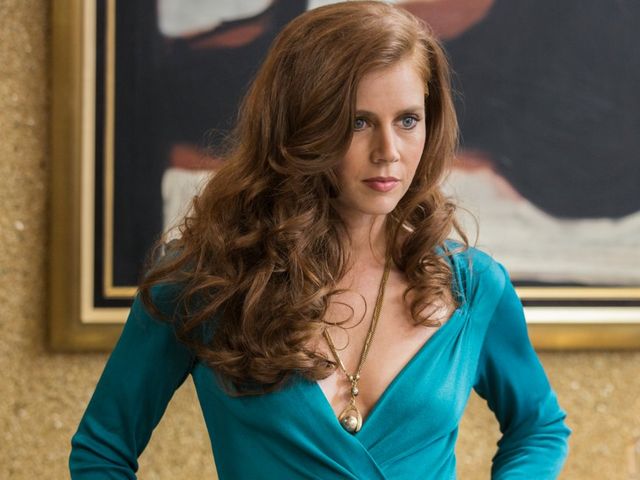 Amy Adams has recently spoken out about the gender pay gap—and she's taking a different approach from many other women in Hollywood. In 2014, Adams stayed quiet when Sony emails were hacked that disclosed that Bradley Cooper and Christian Bale had been given a much higher paychecks for American Hustle than she and her co-star Jennifer Lawrence received, Harper’s Bazaar reports.

Now, Adams is coming forward to explain why she didn't speak out at the time. She says that she supports equal pay in the film industry, but notes that it is not her current priority. Instead, she is focused on fighting for workers in other, lower-paid fields that are often overlooked. In an interview with The Daily Telegraph, she said,  "Everyone wanted me to talk about how I felt about it, but I want to fight for people outside our industry, so to come out and look ungrateful about what I’m paid as an actress just didn’t feel right."

Additionally, Adams said in that she feared that she would “look ungrateful” if she spoke out about her salary as an actress, presumably because her paycheck, even if it is less than her male co-stars, is much more than many people across the world receive for their work.

Adams notes that the Time’s Up movement is monumental in many ways because of its reach—note that the movement focuses on achieving equality in all kinds of workplaces, with a mission statement pledging to work towards workplace equality for women working in agriculture, housekeepers, janitors, waitresses, factory workers, domestic workers and home health aids, as well as in the entertainment industry.

Claire Foy Got Paid Less Than Matt Smith On “The Crown”: Link Roundup

9 Moments To Pay Attention To From The 2018 Golden Globes

Tags: Amy Adams , Hollywood , Pay Gap , minimum wage
Support Feminist Media!
During these troubling political times, independent feminist media is more vital than ever. If our bold, uncensored reporting on women’s issues is important to you, please consider making a donation of $5, $25, $50, or whatever you can afford, to protect and sustain BUST.com.
Thanks so much—we can’t spell BUST without U.