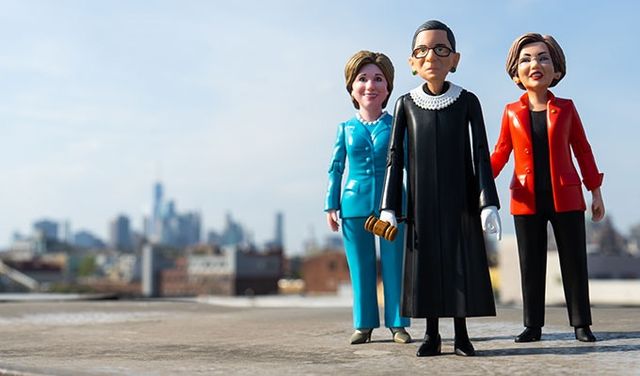 The moment we’ve all been waiting for—an RBG we can carry around with us!

FCTRY is a product incubator that has created action figures of several notable figures including Elizabeth Warren, Bernie Sanders, Hilary Clinton, and Barack Obama. Their newest figure, after many requests, will be Ruth Bader Ginsburg. 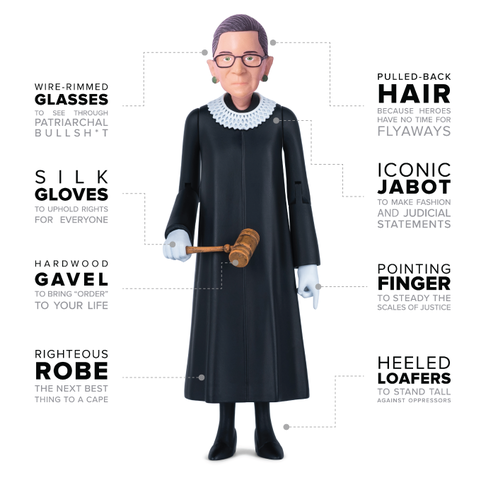 The company's CEO, Jason Feinberg, told USA Today, “The people have spoken and in these turbulent times of political uncertainty, a most unlikely hero has emerged—and that means it's time for us to make a new action figure!” The Kickstarter went up last Tuesday, June 5th, with an original goal of $15,000. By that evening, they had raised over four times their goal at a total of $67,000. Nearly a week, later the Kickstarter is up to $191,232.

Feinberg also told USA Today, "We knew RBG was going to be popular because we had gotten so many requests to make her over the last year or two," but "What happened today is way beyond our expectations."

The Kickstarter encourages people to donate by offering package deals of their action figures with clever names. For example, the “Nevertheless She Dissented” pack includes RGB and Elizabeth Warren, and the “To The Left” pack includes RBG, Warren and Sanders. There is also a “Fab Five” pack which adds in Obama and Hillary Clinton. 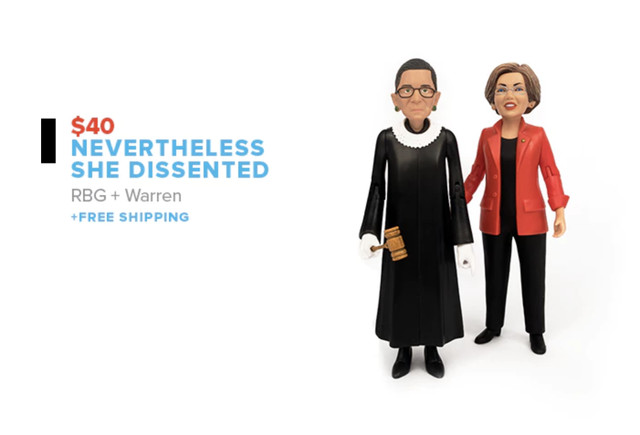 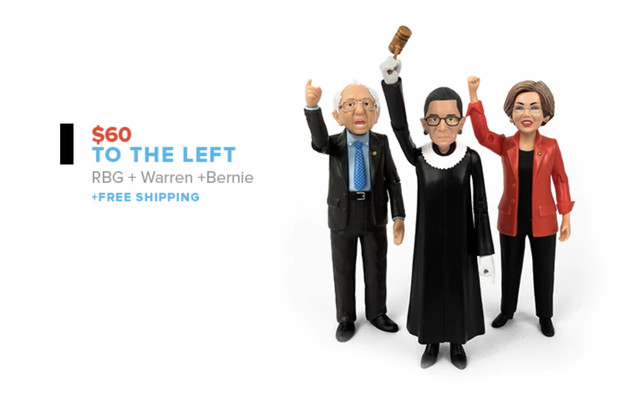 The proto-type for the action figures is hand sculpted out of clay by Seattle-based pro sculptor Mike Levitt. Then, $1 from each action figure goes towards a related cause to the figure.

So far, they have raised over $10,000 for the DNC with Obama action figure, and over $8,000 for the ACLU with the “Evil Trump” action figure. A portion of the proceeds from RGB will go to the National Women’s Law Center. 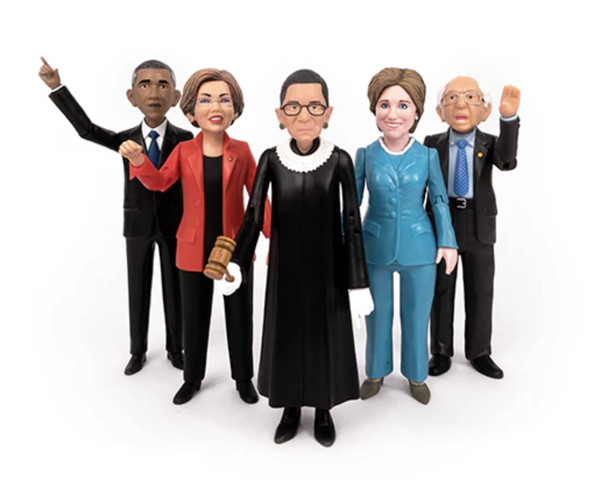 The Kickstarter will be open until July 10th, and their page notes, "stay tuned for updates. We've still got 33 days to go and we have a few fun things up our sleeve. Keep your eyes peeled for stretch goals, special offers, and a some sneaky surprises!"

All images via FCTRY

8 Women Who Were Warned, Given An Explanation, And Nevertheless, Persisted