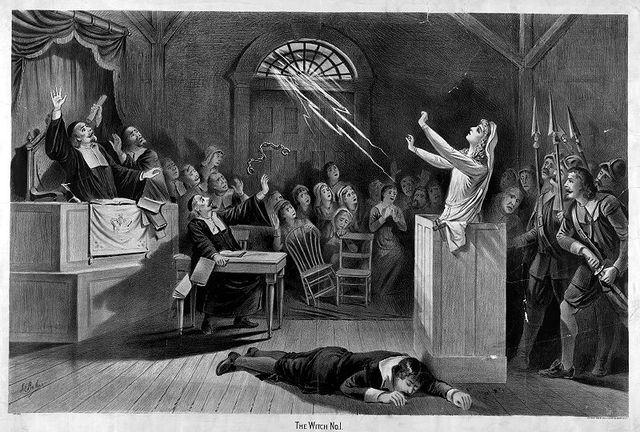 The Restoration era in Britain was truly a golden age of misogyny. The culturally ingrained fear of and contempt for women is evident in the literature and drama of the period. My personal favourite historical derogatory term for single women comes from Restoration literature, in which spinsters are referred to, charmingly, as “ape leaders."

The most potent and horrifying manifestation of Restoration misogyny is the witch trials of the period, in which women were made the scapegoats of a society in state of political and social upheaval. There was a sustained period of unrest following the execution of Charles I in 1649, and the instalment of Charles II as monarch in 1660. In addition to political disquiet, there were several years of poor harvests during this era. The resulting widespread panic and hysteria is considered to have influenced the Great Scottish Witch Hunt of 1660-1662, in which hundreds of women were tortured and executed for supposed diabolism.

One of the most famous of their number was Isobel Gowdie, a farm labourer’s wife from Auldearn, a village near the Scottish Highlands, whose detailed confessions while on trial in 1662 remain the subject of scholarly fascination to this day.

Over the centuries, various theories have been explored regarding why Gowdie was willing to make such vivid and colourful confessions. It has been suggested that she suffered from psychosis, or hallucinations caused by the effects of ergotism. Some historians have noted that her confessions may have been brought forth by torture: Although torture of suspected witches had been outlawed by the Privy Council, it could still be sanctioned by local authorities. 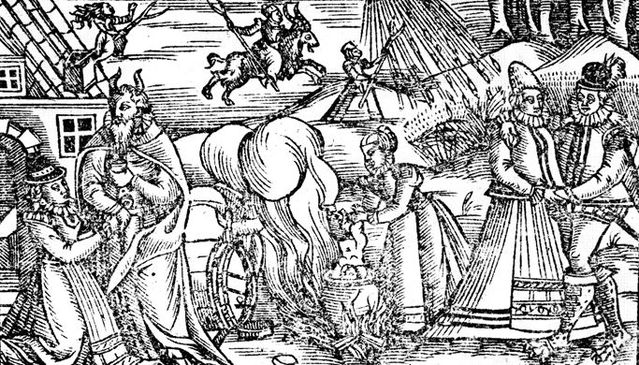 Peter Binsfeld's 1592 drawing, which according to historian Emma Wilby shows aspects of Gowdie's confessions
From a present-day, feminist perspective, what is striking about so much of the content of Gowdie’s confessions is how modern, progressive and subversive some of her ideas are. Instead of being merely the disorganised ramblings of someone speaking under extreme duress or experiencing psychosis, Gowdie's confessions confront her oppressors with a feminist counter-narrative that redresses the balance of power in her society.

Gowdie was illiterate and lived in extreme poverty. Although she could neither read nor write, she was a compelling orator with a lively imagination. The story she presents in her testimony demonstrates a keenly-felt sense of injustice about her own disenfranchisement in the real world and a desire to create a new, empowered identity for herself in the imaginative realm.

By enthusiastically embracing the label “witch," despite knowing the dire consequences of doing so, Gowdie was unconsciously enacting a form of re-appropriation similar to feminist activity in the 1990s, when third wave writers like Inga Muscio, Eve Ensler and Elizabeth Wurtzel reclaimed and repackaged terms, such as "bitch" and "whore," that were historically used to subjugate and silence women.

In particular, Gowdie’s candid descriptions of her sexual encounters with the devil seem to predict many of the principles of third wave feminism. She is rebelliously sex-positive, imbuing herself with a sexual agency in her invented narrative that would’ve been denied to her in reality. She criticises the men in her community for being lazy, inconsiderate lovers and compares them unfavourably with Satan, praising the Devil for his sexual prowess and describing him in terms of idealised fantasy. In her third confession, she says, “His memberis exceeding great and long; no man’s memberis ar so long and big as they are." She says the women in her coven took “veerie great pleasure in their carnall cowpulation with him… yea, much more than with their awin husbandis.” She states that, unlike her husband, the Devil encouraged her to embrace her sexuality and renounce any sense of shame. The kind of sexual liberation she invokes in these tales, and her focus on female pleasure, seems like a reaction against the repressive, patriarchal views about women’s sexuality that were dominant in her society. The implied association between sexual and political freedom seem surprisingly more in step with writers like Naomi Wolf, Kathy Acker and Susie Bright than with the values of Gowdie’s contemporaries.

It is also noteworthy that the people Gowdie claims to have put curses on are, in the main, male authority figures who she feels have personally victimised her, or abused their power in the community. Her landlord, the Laird of Park, is thought to have sexually harassed and assaulted Gowdie, and responded to her rejection of him by slandering her and refusing to carry out repairs on her farm. Gowdie’s retort to this in her testimony is to assert that she has put a curse on him and any male children he might produce.

Similarly, she claims to have put a spell on Harry Forbes, the local church minister, described by contemporaries as a fanatical and austere authoritarian, who disapproved of and had publicly shamed Gowdie. She performed for her interrogators a rendition of the chant she claimed to have used to make the Minister unwell and render him bedridden. This seems carefully chosen in the context of Forbes’ notorious, profound fear of witches.

As well as a direct and personal response to a particular patriarchal figure within the Church, Gowdie’s testimony, with its return to pagan and folklorist ideas, is itself a rebellious rejection of the oppressive hegemony of the seventeeth century Presbyterian Church, which was particularly punitive, puritanical and inflexible. 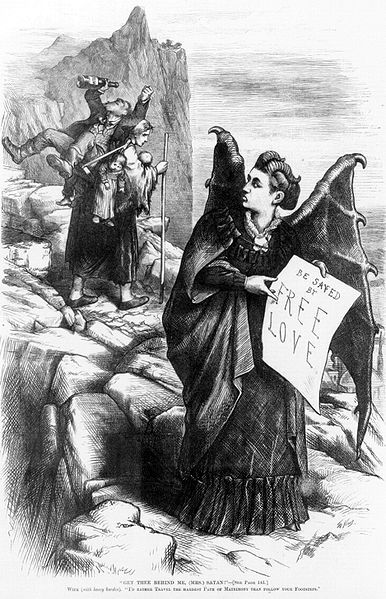 In these ways, Gowdie’s narrative seems to pre-empt the suffrage movement championed by the likes of Victoria Woodhull (1838-1927), which was directly related to the rise of spiritualism. For the women of the spiritualist movement, as for Isobel Gowdie, invoking ideas about the paranormal that countered the dated religious ideas that persisted around them was a means of redistributing power, granting marginalised people a voice, and asserting a sense of equality on an unfair and unaccommodating cultural and religious landscape.

Like Gowdie, Woodhull was uneducated and from an impoverished background. Before becoming the first woman to run for president in 1872 on an Equal Rights platform, Woodhull was a spirit medium, hired to hold séances and convey messages to clients from deceased relatives. This role grew out of the female domestic sphere, partly as a response by bereaved mothers to high rates of infant mortality, and enabled women like Woodhull to gain authority in their communities. The mysticism surrounding the role had a destructive impact on traditional power structures, leading to debates about free love and women’s legal rights in marriage and paving the way for the suffrage movement led by Susan B. Anthony and Elizabeth Cady Stanton.

It is assumed that Isobel Gowdie was executed in 1662, although there is no official record of this. While her legacy has inspired various pieces of literature and music, such as J.W. Brodie-Innes’ The Devil’s Mistress and James MacMillan’s symphonyThe Confession of Isobel Gowdie, her place in the history of feminism has yet to be fully acknowledged. By leaving such a detailed testimony, Gowdie created a voice and an empowering counter-narrative not just for herself, but for all of the victimised, powerless and maligned women of her era.

"Witches, Sluts, Feminists" Is A Must-Read

Tags: Isobel Gowdie , witches , history
Support Feminist Media!
During these troubling political times, independent feminist media is more vital than ever. If our bold, uncensored reporting on women’s issues is important to you, please consider making a donation of $5, $25, $50, or whatever you can afford, to protect and sustain BUST.com.
Thanks so much—we can’t spell BUST without U.