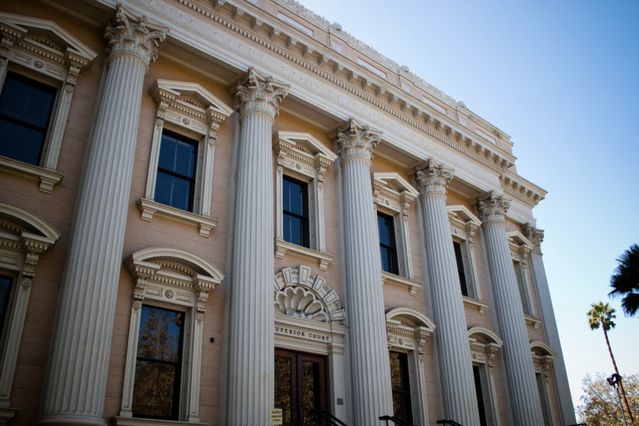 Yesterday, designer Kate Spade was found dead of an apparent suicide, and fans, designers, and celebrities alike are all speaking up about the need for more awareness and support relating to mental illness. Read more in the Los Angeles Times.

Following the recent Supreme Court decision in favor of the Colorado baker who refused to make a wedding cake for a same-sex couple, Republican South Dakota Representative Michael Clark made a Facebook post calling the ruling a “win for freedom of speech.” He added that he believes business owners should also have the right to turn away people of color. The post has been deleted following backlash, but you can read more on The Hill.

Senator Jeff Merkley of Oregon spoke with press members about his experience visiting an immigrant detention facility in McAllen, TX. He described “dog-kennel style” inhumane conditions, and said, “This is not mandated by law…this is a decision that was made after extensive conversations within the administration.” Check out the full story on CBS News.

Variety has been promoting an upcoming event in Hollywood billed as “A Night in The Writers’ Room”—but of the twelve panelists, only one is a woman. There are no women of color on the panel. Many individuals, including Busy Philipps, called out Variety for its lack of diversity. Read more on Refinery29.

After winning the primary election yesterday, Deb Haaland of New Mexico is slated to become the first Native American woman in Congress. Haaland called her win a “victory for working people, a victory for women and a victory for everyone who has been sidelined by the billionaire class.” Read more on CNN.

On Sunday, The New York Times published a report that vaginal health drugs including Vagifem, a product meant to aid a condition in which people with vaginas experience dryness, uncomfortable sex, and chronic UTIs, are raising costs to up to $3,000 a year. Writer Katie Thomas argued that because vaginal health conditions are considered taboo, people aren’t speaking up about the unfair price surges. Read the full New York Times piece here.

Fashion site Racked has introduced a new series of essays and reports on plus-size inclusion within the fashion industry. Topics include “I Love Fashion, But Fashion Doesn’t Love Me Back” and “What Does Plus-Size Even Mean?” Check it out here.

Chelsea Peretti has officially signed on to star in director Andrea Dorfman’s latest film, Spinster, about a woman who is dumped on her 39th birthday and worries she’s fated to live alone forever. Read more on Deadline.

Brock Turner Is Trying To Appeal His Rape Conviction, Because Of Course He Is