How Donia Jessop Became The First Woman Mayor In Hildale, Utah—Former Home To A Polygamist Cult 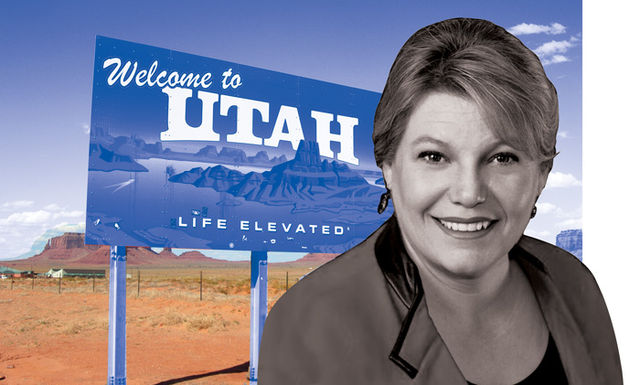 There’s some serious shit going down in the red rock desert of Southern Utah. Six years ago, polygamist cult leader Warren Jeffs, president of the Fundamentalist Church of Jesus Christ of Latter-Day Saints (FLDS), was sentenced to life in prison for child sex abuse. And just last year, his brother and successor Lyle was jailed on fraud charges. Thus, a leadership vacuum was created in Hildale, Utah. A former FLDS stronghold, Hildale elected a woman as mayor for the very first time this past November, after decades of pioneer smocks, brainwashing, isolation, no education, no technology, and no healthcare. That woman is Donia Jessop.

“When I was running, there were a lot of things written on my campaign signs,” says Jessop. “‘Go to hell,’ ‘Bitch,’ that sort of thing. It’s weird, but it made me think, I know I’m doing the right thing.” Jessop is not only the first woman to ever hold the mayorship, she is also the first non-FLDS member elected to any position in local government. Her return to town two years ago in her 40s after previously fleeing the cult was spurred by a feeling that she was uniquely qualified to burn the whole thing down. “I’m a natural-born leader,” she says, “and I have such a passion for my hometown. But I had to face my own demons, coming back here.”

Hildale’s polygamist-run city hall greeted the new mayor with a decidedly cold shoulder. Government staff and board members resigned, some explicitly claiming that their religion forbade them from following the leadership of a woman. But Jessop sees opportunity in their ignorance. “I’ve got a brand new staff and I feel like I’ve got my people around me now,” she says. “We’re opening up the city. We’re gonna have tourism. We’re creating trails, a new water system, fiber optics, roads, a football field, a new health clinic.”

But there remains hearty opposition to Jessop. Her business was vandalized—Jessop, her husband, and their 10 kids run a small restaurant—and her home was broken into. But she brushes off the danger. “I’m gonna be me,” she says. “I’m gonna be Donia.”

Don't Get Mad, Get Elected: The How-To Guide For Launching A Political Campaign