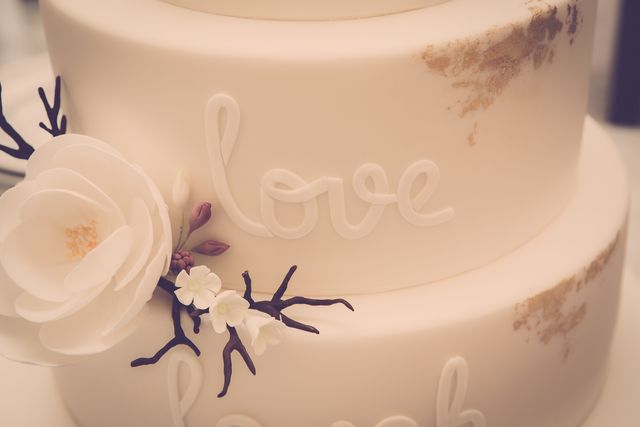 Yesterday, the Supreme Court ruled 7-2 in the case of Masterpiece Cakeshop v. Colorado Civil Rights Commission, finding that the baker from Masterpiece Cakeshop maintained the legal right to deny a product to customers if it violates his religious beliefs—welcome to Pride Month, everybody! Who you are as a person is now legally viewed as violating someone’s religious beliefs.

This ruling comes just three years and a few weeks off from the court’s landmark 5-4 decision making same-sex marriage legal in all 50 states. While the marriage equality law was viewed as an enormous success for same-sex couples in terms of their new legal standings, this moment also marked a momentous day for LGBTQ people in terms of respect. On that day, most of us celebrated the idea that our country was finally starting to view us as equal and deserving of the same civil liberties as the rest of the nation. It was a humanizing day.

Although history tends to move in a three steps forward, two steps back cycle, this moment in US history feels particularly painful. Supreme Court Justice Kennedy attempted to assuage gay America and our allies by stating that there are two opposing conflicts in the case: one being the need “to protect the rights and dignity of gay persons who are, or wish to be, married but who face discrimination when they seek goods or services,” and the other being the free exercising of religion as protected by the First Amendment. Kennedy attempts to make us believe that our country cares about minority citizens, while ultimately siding with religious freedom. While the Supreme Court may be able to decipher the nuances between these two areas, voting in favor of exercising religion freedom in this particular case seems like a slippery slope in our already intolerant climate. Hate crimes have been on the rise for LGBTQ and HIV+ populations since 2016, and last year, the National Coalition of Anti-Violence Program reported an 86% rise in homicides resulting from anti-LGBTQ hate crimes in the past year. LGBTQ advocate and Lambda Legal CEO Rachel Riven also worries about the ruling, saying in a statement, "The Court today has offered dangerous encouragement to those who would deny civil rights to LGBT people and people living with HIV. "

We are who we are, and to have to be shamed and discriminated against to honor someone else’s belief system shows that our country and court system still does not understand that for LGBTQ people, our lives are not a choice.

This latest legal action by the Supreme Court sends the message that discrimination under the guise of a religious belief is more valuable than respecting actual human beings. While religious beliefs should be respected, it’s a confusing message to show Americans that a belief system is more valuable than a person. What continues to be so deeply upsetting to myself and other LGBTQ people is that a religious conviction is a choice in a way that sexuality orientation or gender identity expression is not. You can change your religious ideology at anytime, you can grow up and leave the church you came from, you can join a new sect, you can take your time learning about other religious and figuring out what religion is right for you if you so choose, however, we LGBTQ people cannot simply change our mind on who we are. We can’t leave ourselves or run away to a new gender identify or sexual orientation, despite the majority of us attempting to do just that at some point in our lives. We are who we are, and to have to be shamed and discriminated against to honor someone else’s belief system shows that our country and court system still does not understand that for LGBTQ people, our lives are not a choice.

In our already Gideon-leaning country, I assume this decision will only lead to more violence and more discrimination. I would have hoped the courts would have viewed this case through a more nuanced lens of the times in which we live. I worry about what’s next for legal discrimination under the catch-all of "religious belief."

How To Plan A Lesbian Wedding: A Guide For Newly Engaged Lesbians

Embracing Self-Love In A Time Of Hate

Tags: LGBGTQ rights , Masterpiece Cakeshop vs. Civil Rights Commission , Supreme Court , Supreme Court , Masterpiece Cakeshop v. Colorado Civil Rights Commission , LGBTQ rights
Support Feminist Media!
During these troubling political times, independent feminist media is more vital than ever. If our bold, uncensored reporting on women’s issues is important to you, please consider making a donation of $5, $25, $50, or whatever you can afford, to protect and sustain BUST.com.
Thanks so much—we can’t spell BUST without U.