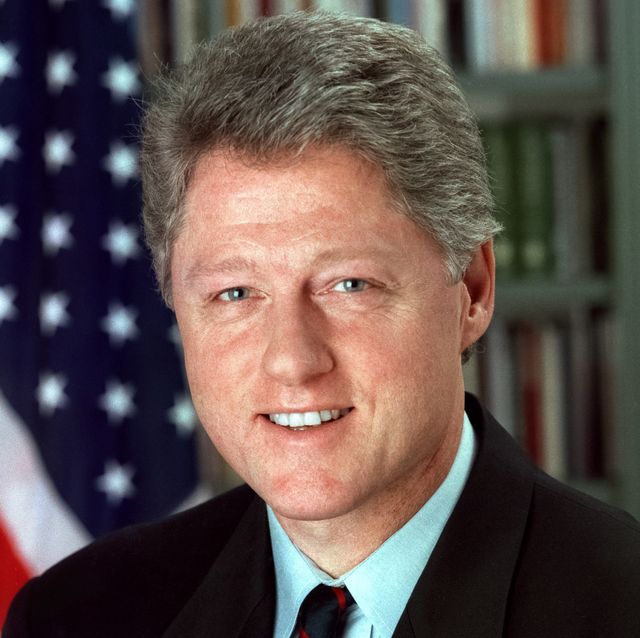 Bill Clinton Still Believes He "Did The Right Thing"

In an interview on Today, former president Bill Clinton was asked if he would have handled his affair with Monica Lewinsky diifferently in the wake of the #MeToo movement. Clinton responded by saying that he would still fight his impeachment rather than resign, “I think I did the right thing. I defended the Constitution.” He also admitted to never privately apologizing to Lewinsky. Clinton added that while he likes the #MeToo movement, he doesn’t “agree with everything.”

Vulture reports when asked to respond to comment on Weinstein's remark, “I used to feel guilty about behaving badly, and then I met Bill, and it feels so much better,” Bill Murray said that Weinstein was being funny. Murray also proclaimed, “I mean, I don’t know exactly what he’s being accused of yet, but I know some of the people involved in that situation, one very sweet person, and it hurts to hear her speak about it. Really, it hurts. . . I feel the pain about it and the pain is not over.” Hopefully, this pain will lead to him reading about the details of the Weinstein case—over 80 women have accused Weinstein of rape, sexual assault and sexual harassment.

Nathan Larson Is Running for Congress And Supports Incest, Rape, and White Supremacy

Nathan Larson, and accountant who lives with his parents, is running for Congress in Virginia. Oh, and he believes that we should have a patriarchal system where women live under the authority of men; that we should abolish age restrictions for marriage and laws against marital rape; that white supremacy is a “system that works”; and that incest should be legal. Larson also has a criminal record. In 2009, he pleaded guilty to threatening to kill the U.S. president, for which he served 16 months in federal prison and three years of supervision upon his release. So please vote for anyone else. Read more at The Washington Post.

During a speech to overseas Filipino workers (OFWs) in Seoul, Philippine President Rodrigo Duterte invited two women onstage to receive a free copy of a book. He then kissed one of them on the lips. The woman—Bea Kim—says that the Duterte asked if she was single and she told him that she was married, but, she has “no malice” about the kiss. The same is not true for the women’s rights group Gabriela. They said, “His repeated acts of machismo are meant as entertainment to hide the reality of his rapidly slipping popularity due to the issues of extrajudicial killings, the Tax Reform for Acceleration and Inclusion law and big-time corruption scandals now plaguing his rule." Duterte has a history of misogynisty, including saying in 2016 of a female Australian missionary who was raped in 1989 in Davao, where he was mayor at the time, "I was angry because she was raped. That's one thing. But she was so beautiful, the mayor should have been first, what a waste." Read more at BBC News.

Supreme Court Votes In Favor Of Baker Over Same-Sex Couple

NPR reports that Charlie Craig and Dave Mullins were planning a wedding reception for themselves in Lakewood, Colorado. When they attempted to order a cake, the bakery owner Jack Phillips refused. “I don't believe that Jesus would have made a cake if he had been a baker,” said Phillips. Craig and Mullins filed a complaint with the state commission on civil rights, which ruled in their favor, as did the state supreme court; but Phillips took the case to the US Supreme Court, which ruled in his favor 7-2, saying that Colorado's civil rights commission showed "hostility" to Phillips' religion. Justices Ruth Bader Ginsburg and Sonia Sotomayor dissented.

Spotify's policy to reduce “hate content and hateful conduct” is being rolled back, even though it was just launched. The policy, announced in early May, removed songs by musicians who have been accused of rape—such as R Kelly and XXXTentacion—from Spotify's promoted playlists, though individuals could still access and stream their music. The company says that the policy is still in place but that Spotify will not “play judge and jury” when it comes to artist conduct, leaving many wondering who will be responsible for making these decisions if not the company. Spotify chief executive Daniel Ek admitted the roll-out was a misstep, adding that the company “could have done a much better job.” Read more on Rolling Stone.

Vanity Fair reports that during an on-stage sit-down interview, Jon Stewart spoke out about the double standard of the right when it comes to Samantha Bee calling Ivanka Trump a "feckless cunt," pointing out that they didn't have such outrage over Trump's "grab her by the pussy" comment. Stewart said, “Please understand that a lot of what the right does, and it’s maybe their greatest genius, is they’ve created a code of conduct that they police, that they themselves don’t have to, in any way, abide.” Michelle Wolf also spoke out about double standards in her new Netlfix series, saying, "People keep saying that Roseanne got held to a double standard, because she got fired for her tweet, when despicable people like Bill Maher, and Sam Bee, and me get away with making ‘offensive jokes’ all the time. It is a double standard—so let’s even the playing field. How about we enslave all white people for a couple hundred years, then even after they’re not slaves anymore, still hold them down in society, de-value their existence by comparing them to animals, never apologize, never really make it right, and then after that there will be no more double standards, and everyone will get fired for everything they say?” We strongly agree!